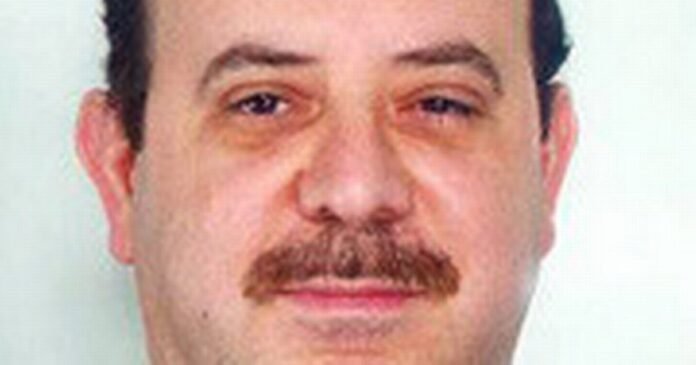 John Ruffo, 67, from New York, US, could be living a “normal” life with a new family despite 23 years on the run after swindling banks out of more than £267million

One of the FBI’s most wanted fugitives might have had major surgery to stay hidden, a former runaway has revealed.

John Ruffo, 67, has been on the run for 23 years and could now be living a “settled” and “normal” life with a new family.

Seth Ferranti, who was on the US Marshals’ most wanted list, said Ruffo may have resorted to plastic surgery and removing his fingertips in order to evade capture.

Missing salesman Ruffo conned banks out of more than £267 million and became one of the FBI ‘s most wanted men.

But he mysteriously vanished in 1998 when he was about to start serving a 17 year prison sentence.

Ferranti compared Ruffo’s escape to “a game of chess” where he made his move before others had the chance to consider it.

In an exclusive interview with The Sun, he described how the swindler was “several steps ahead of everyone” and “definitely planned” his disappearance in advance.”

Ferranti told how it is “all about having the resources” and that those who get caught are “desperate” which Ruffo “obviously” was not.

He also claimed that it would be “easy” for Ruffo to take on a new identity like he did during his time on the run between 1991 and 1993 facing nonviolent drug trafficking charges.

“You just become someone else and if you have the paperwork and documents to back it up who will doubt you,” he added.

“Ruffo is now probably settled and living a normal life and has in fact became someone else.

“With $350 million he could have had plastic surgery, got his fingerprints removed, opened business, had a family and no one knows anything about his past.

“Its very possible to start a new life when you have a different identity and money.

“He could be married, have kids, and all that.”

FBI agents, relatives and police have spent more than two decades searching for Ruffo since he was last seen in November 1998.

New TV series “Have you seen this man?” tells the story of his disappearance.

The conman’s cousin believed he saw Ruffo in 2016 among the crowd at an LA Dodgers game but it turned out to be someone else.

Ferranti insisted that it is “pretty easy to stay on the run” if you have the money and you “lay low”.

Ruffo faced 150 charges of money laundering, bank fraud, wire fraud, and conspiracy and was found guilty on all charges.

The FBI considered him to be a flight risk as his bail was set at a whopping $10million and he was made to wear an electronic tag.

He then went to court to return the tag and took his wife Linda to the train station which was the last time they saw each other.

That night, he withdrew $600 from an ATM in Queens, New York, as seen in CCTV footage.

He drove a rented Ford Taurus to JFK airport which he left at the long-term car park and mysteriously disappeared.

Police said almost £10 million of stolen money which was never recovered might have helped him flee.