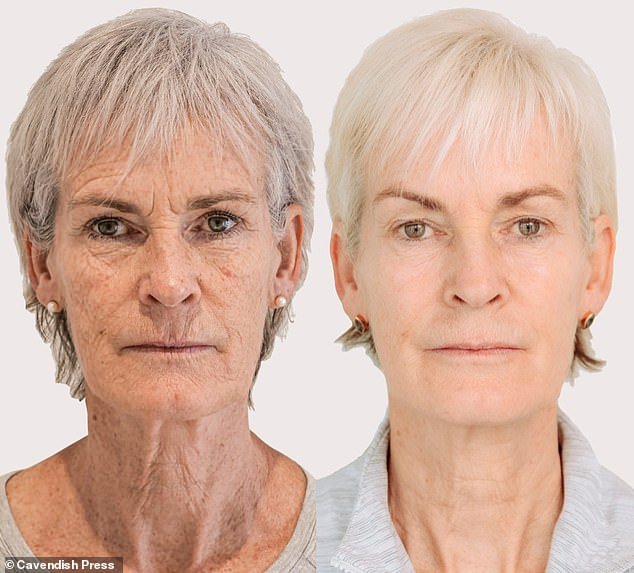 Judy Murray has undergone a £4,500 non-surgical facelift procedure which makes her look ’10 years younger’ after being spurred into action by her famous tennis star sons who called her ‘turkey neck’.

The 61-year-old tennis coach from Scotland told how her skin had become badly damaged and wrinkled after years of playing sport outside and watching Andy and Jamie compete at summer tournaments.

But her complexion has been transformed thanks to Dr Judy Todd, one of the UK’s top aesthetic clinicians. Over the past year Judy has secretly attended three appointments at Dr Todd’s Synergy Clinic in Glasgow to undergo the latest micro-needling and radio frequency treatment called Morpheous8, costing £1,500 per session.

Judy added that she went ahead with the treatment because she’s in the public eye and wants to look good when giving speeches at events.

The former Strictly Come Dancing contestant is now thrilled to show off the results of the treatments which she believes have made her look over a decade younger. 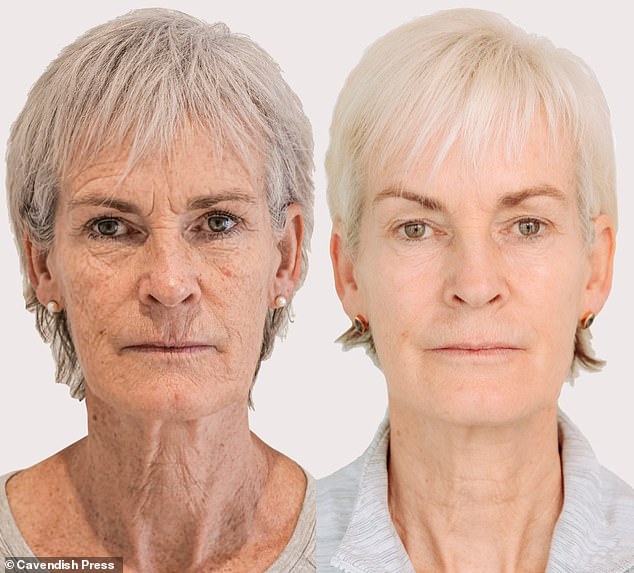 Judy Murray, 61, has undergone three micro-needling and radio frequency treatment appointments in Glasgow since January 2020 in order to look ‘over 10 years younger (pictured before, left and now right)

Judy said: ‘My kids, Jamie and Andy, started to call me turkey neck a few years ago in a loving and jokey way, and that may have had something to do with me thinking I really should do something about this if I can.

‘I didn’t tell them anything about the treatments I was having, but they noticed the difference and recently they said, “Mum, what have you being doing to your face?”

‘I said, “what do you mean?” To which they replied: “It looks much smoother”.

‘That was absolute gold dust! I mean if they’ve noticed and mentioned it, then it clearly has made a huge difference, and that made me very happy.’

Judy added that she explained the procedure to her son, and Jamie’s wife Alejandra revealed she’d had micro-needling treatment herself, but Judy’s looked far more advanced. 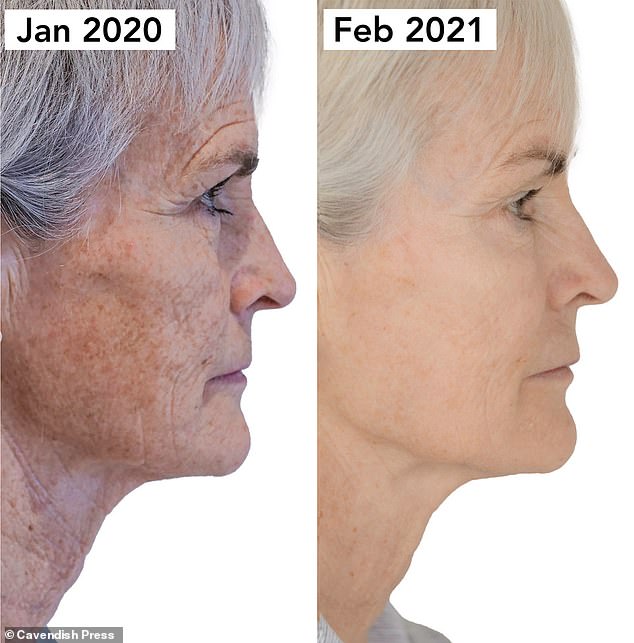 In January 2020, left, Judy wanted to appear younger because of her life in the public eye. One year on, after three session priced at £1,500 each, her skin looks significantly smoother, right 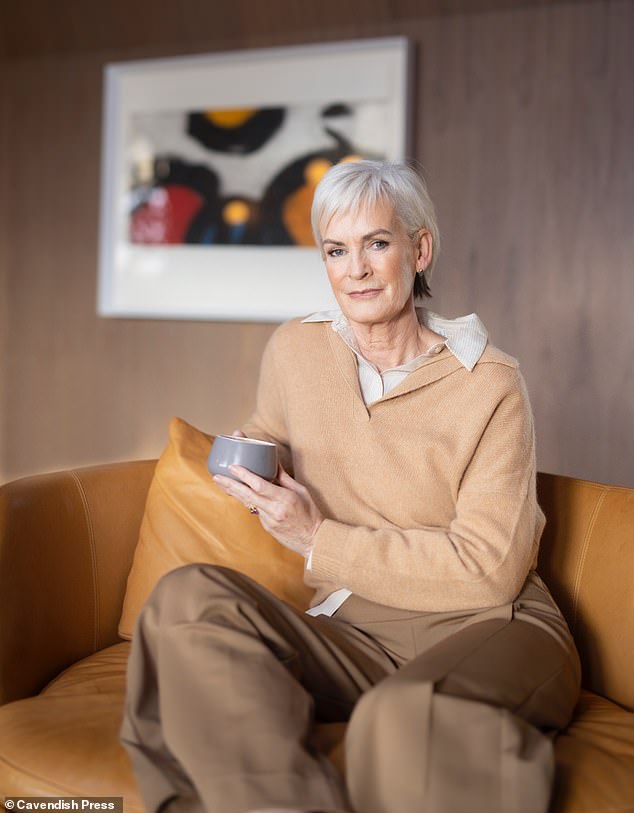 Judy said she did not want to go through an invasive procedure, which is why she went for micro-needling

‘I’d say it’s taken at least 10 years off my appearance, as you can see for yourself. I am absolutely thrilled to bits with the result, my skin is fresher, clearer, and I feel much better about myself,’ Judy said.

‘The lines on my face have softened significantly and what I love about it most is how many people are noticing and are saying, “What have you done to your skin?” and then I tell them that it’s a natural treatment.

‘I’ll definitely do it again, it has really helped me, and I would recommend it to anybody.’

Judy said her wrinkly skin and facial ageing was down to sun damage from travelling around world to summer tennis tournaments with her two sons over the years. 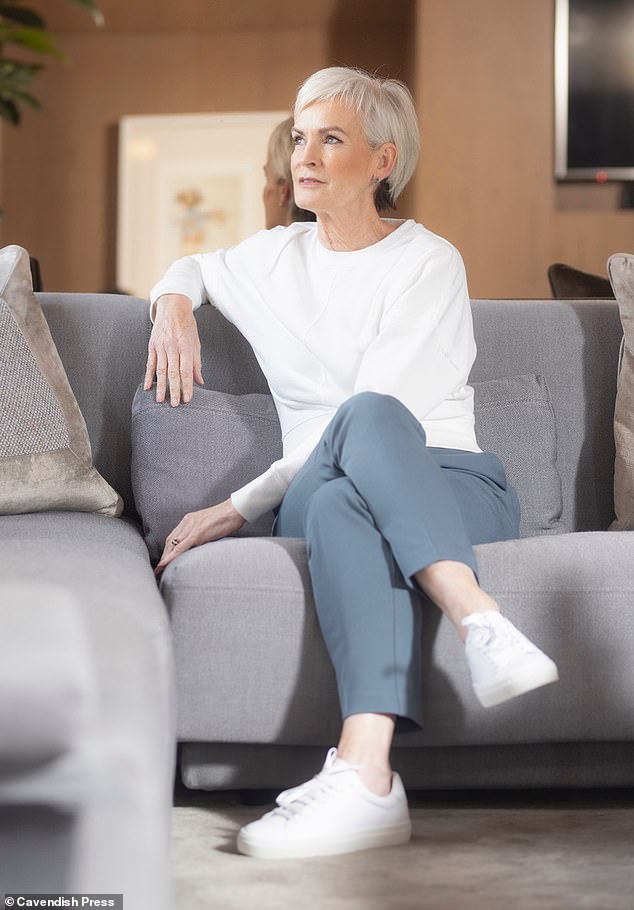 A picture chart highlights the difference in Judy’s skin between her first appointment in January 2020, to her second in March 2020, her third in July (centre) and how her skin has held up since (right)

She said: ‘I spent most of my life working outside and a significant number of years following my kids on the tennis circuit and sitting in the sun scowling with the pressure of watching them perform, and so I’ve got lovely scowl lines and I’ve got a lot of laughter lines too.

‘I’ve had a lot of sun damage and I was aware, probably over the last year or two, that I’d really like to explore something that would help me to have a fresher, clearer skin.’

In January 2020 she was introduced to leading cosmetic doctor Judy Todd who specialises in non-invasive beauty therapies.

As well as running Scotland’s top beauty clinic, Dr Todd is also a consultant anaesthetist at North Ayrshire Hospital, so all her treatments are backed by medical science. 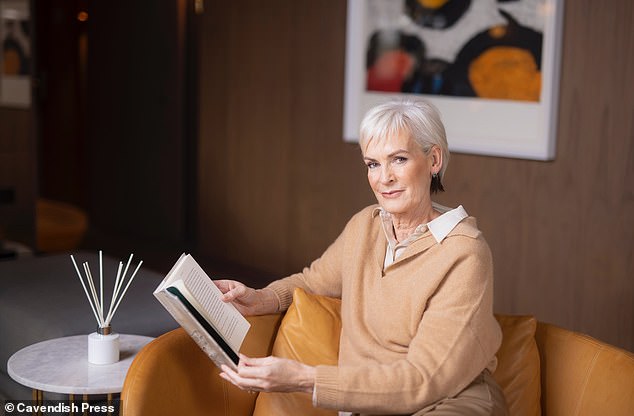 She suggested a course of the latest micro-needling and radiotherapy treatment, as it would best suit her skin.

Judy said: ‘I’d come back from the Australian Open, where I’d been out in the most extreme sun. You can see from the “before” photos that I had a considerable amount of sun damage which had prematurely aged my skin.

‘I told Dr Judy that wasn’t interested in anything extreme or invasive and would never consider any kind of cosmetic surgery like a face-lift.’

Judy had three treatments spread over seven months: her first was in January 2020, the second was just before lockdown in March and the third one took place in July.

‘Before you start the treatment, numbing cream is put on your face so you really don’t feel anything, and the micro-needing takes around 30-40 minutes,’ Judy explained. 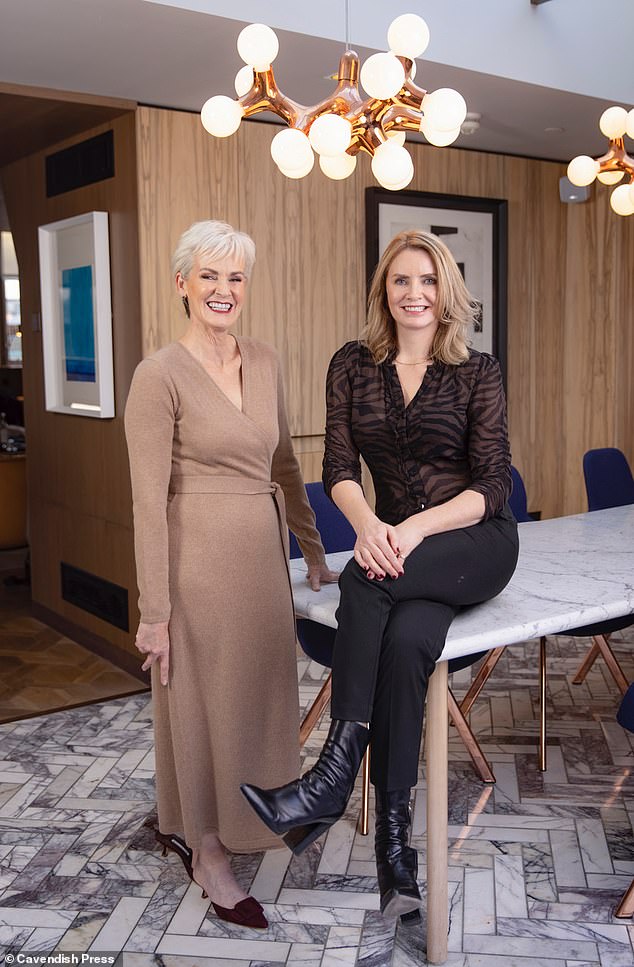 From one Judy to another: Judy said Dr Judy Todd, right, clearly explained how the procedure would work and made her feel at ease

‘You start to see positive effects from the treatment within days and after a couple of weeks you really get the full effect and then it continues to look better and better afterwards.’

During treatment, micro-needles inject radiofrequency energy into the skin with a series of tiny needles.

The needles and the radiofrequency energy stimulate collagen. The needles quickly penetrate the skin and withdraw immediately which creates a micro-trauma in the skin, stimulating the healing response, while radiofrequency uses heat to shrink wrap and tighten the skin. It can be used on the face, neck and body for skin tightening and contouring. 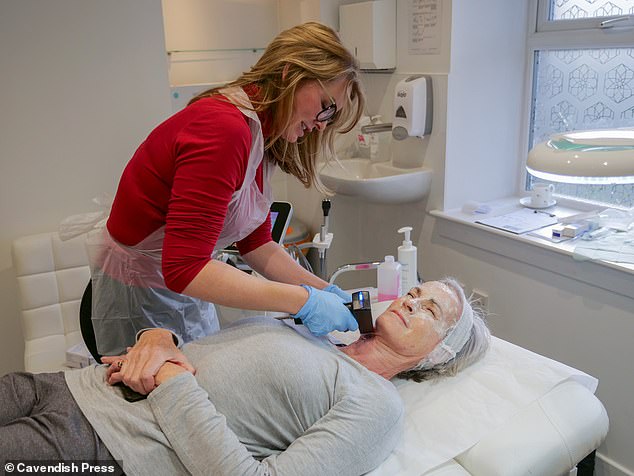 Dr Todd pictured administering the treatment to Judy. Each appointment lasts between 30 and 40 minutes 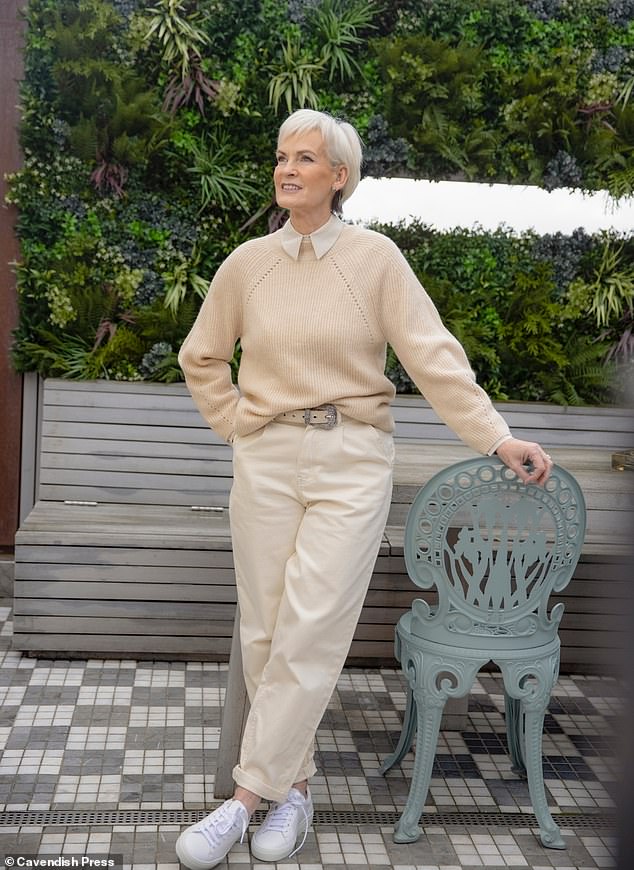 Judy now. On top of the treatment, Dr Todd suggested topical skin treatment the mother-of-two could apply to her skin and Judy said she would stick to it

HOW DOES THE TREATMENT WORK?

It can be used on the face, neck and body for skin tightening and contouring.

The penetration depth of the needles can be altered to work on different parts of the face and can even be used around the sensitive eye area.

The treatment remodels and contours the face and body into a more desired smooth and sleek appearance, and works for all skin tones for treatment of fine lines, wrinkles and acne scars.

Judy said Dr Todd also suggested topical skincare products for her to use, which Judy had never done before.

‘I had six different things to do on a daily basis in the morning and in the evening, and I started just before lockdown, and it actually gave me something to do and I stuck with it,’ she said.

Judy said she used to never care for beauty treatments or how she looked before, focusing all her energy on sports.

‘Now that I’ve seen the effect of the treatment, I’ll be sticking to my good skincare regime. Now I’m going to be exploring all sorts of things,’ she said.

Judy said that Dr Todd, who is also an NHS anaesthetist, explained things clearly and made her feel at ease.

‘I took a little while to think about it, and then once I understood what I was getting into, and she made it easy and also a female doctor for me, that certainly helped. I don’t think I would have been sold on this from a man in the same way,’ she admitted.

‘I didn’t want anything invasive, anything extreme, I didn’t want to change the way my features look, I just wanted to look fresher and you my skin look more youthful.’

Dr Todd, who treats a number of high profile celebrities at her Glasgow clinic, said: ‘I am thrilled that Judy Murray has got such a great result and says that she looks more than 10 years younger.

‘Judy is a great example of how you can completely transform your appearance without going under the knife.

‘Lots of women worry about ageing but hate the idea of undergoing surgery.’