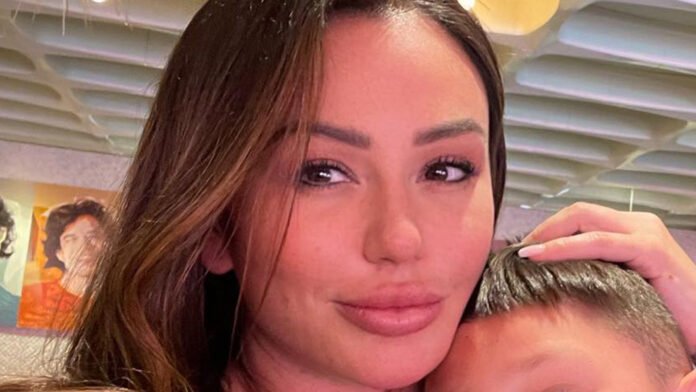 FANS are begging Jenni “JWoww” Farley to stop with the lip injections as the star looks different in new photos.

The Jersey Shore cast member has undergone several plastic surgeries through the years.

Jenni, 37, shared a photo of herself and son Greyson cuddling close on Instagram over the weekend.

The reality star cracked a slight smile in the post, holding the back of her son’s head with her hand.

Fans flocked to the comments, with many fawning over the sweet moment.

Others, however, were distracted by the mom of two’s appearance. 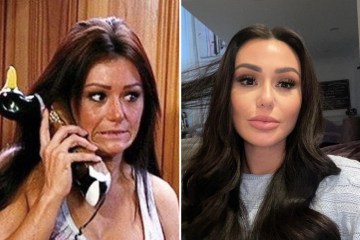 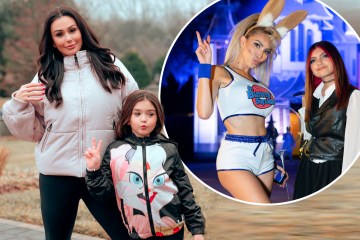 One critic commented: “Great pic!! But girl what happened to your lips… absolutely love you… but stop, you’re beautiful without all that crap.”

Another wrote: “This looks nothing like the JWoww I have watched on TT.”

A third commenter wrote: “Stop messing with your lips. You looked good natural.”

While one chimed in: “No duck lips, it’s not good at all. It only looks good on a duck.”

This isn’t the first Jenni has heard criticism about her looks, or pleas from fans to stop.

In October 2021, the star shared a throwback photo that got fans talking.

In the snap, Jenni wore her black hair straightened and had a choker around her neck that matched her turquoise dress.

The ensemble was tight enough to give a glimpse of her cleavage.

The MTV star recalled when she was “staying up past” two in the morning.

Before that, Jenni appeared in a throwback video from the past 10 seasons of the series while the cast was filming their fourth season of Jersey Shore: Family Vacation.

She looked very different than when the show began more than a decade ago.

Most notable, her lips appeared much bigger than they did when the series premiered in 2009.

Jenni revealed to PEOPLE back in December 2021: “I don’t like touching my face only because I’m always scared you can never go back.

“All those nose jobs and cheek implants and stuff like that, people get those and can never go back to what they were. I love my nose.”

“But I wouldn’t go overboard and get that frozen face when you’re trying to cry and look like you’re smiling.”

Fans often make comments about her appearance, either celebrating how good she looks or begging her to do less to alter her face and figure.