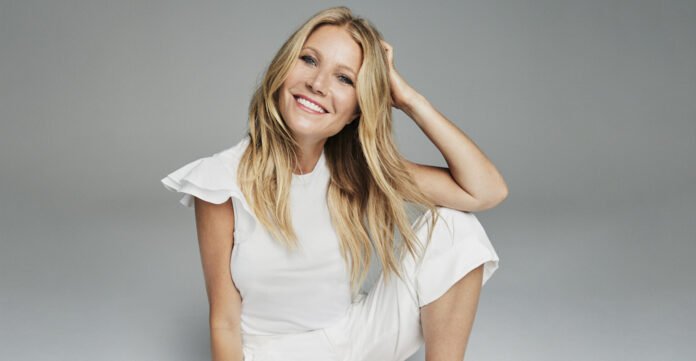 When actress-turned-Goop founder and CEO Gwyneth Paltrow introduced the broader concept of wellness to women around the world, she arguably redefined modern beauty standards. Paltrow is often credited as being a first adopter of emerging trends; clean beauty, crystals and ashwagandha have all become more mainstream, thanks to Paltrow and her greater influence. Last week, she may have done it again. On Thursday, Paltrow announced her partnership with Merz Aesthetics’ “pure” injectable Xeomin.

Paltrow has never been the global face, much less an ambassador, for a cosmetic aesthetics company, especially since she publicly swore off Botox after her 40th birthday. But Paltrow’s relationship with Merz represents the duality of the beauty industry today, one that encompasses cosmetic treatments, clean beauty and wellness. Below, she discusses with Glossy what made her take the plunge with Xeomin, what the future of beauty looks like and what’s on deck for “The Goop Lab” season two.

This interview has been lightly edited.

What made this partnership with Merz Aesthetics interesting to you?
“I think it kind of goes along with my philosophy that life is a balance, and also that women should feel completely empowered to do the things in their lives that work for them and make them feel better. Obviously, I’m very into clean products and clean beauty, but basically, the story goes like this: When I was 40 — I was panicking about turning 40 — I did full anti-wrinkle [injections], the whole thing. And I [looked like] a monster. It was crazy. I honestly want to show you a picture of my face; it was nuts. I was like, ‘I’ll never do this again.’ ‘I’ll never touch my face again.’ But of course, I went along and I felt good [on the] inside, but maybe you’re noticing more wrinkles. I was getting really pronounced frown lines. My really good friend is a plastic surgeon in Chicago, I’m always asking him, ‘What are women doing?’ “Is it to early for a face lift?’ ‘What’s the laser [to use]?’ — and he told me about Xeomin. He was like, ‘It’s just for right here [Paltrow points to the area between her eyes], and you need just a little drop.’ And I was like, ‘No, I had a really bad experience with an anti-wrinkle injection.’ He said, ‘Just trust me, it’s a purified version. It’s very you. It’s the cleanest version of this possible.’ He gave me a drop of it, and really, it was fantastic.”

How important was the “clean” aspect, given that you are such a proponent of clean beauty and wellness?
“It’s one of those things you have to balance, because it’s still a neurotoxin. But the fact that  it’s uniquely purified — there’s not other stuff in it — made it more palatable for me to try. I’m so passionate about what we put on our skin — moisturizer, or whatever body oil, cream or exfoliants. Your skin absorbs, transdermally, like up to 70% of what you put on it. Over 10 years, as I’ve learned more and more about clean beauty, [I’ve found] some conventional beauty products that are considered luxury products have antifreeze in them.”

So, what is your take on conventional beauty products?
“You can’t be in a bubble where you’re never going to encounter something that’s not clean. I have really dry, color-treated hair. I cannot use a clean moisturizer. Clean conditioner in my hair doesn’t work. I would like to make [a clean conditioner] one day, and we’re trying to work on one, but there’s a balance. I think women should feel free to explore whatever they want to — eyelash dye, hair color, it is what it is.”

You’re known to spot the next big thing. Is there anything you have your eye on?
“I thought it might be a good time to do a chemical peel to get rid of sun damage [because of staying indoors], but I haven’t found one. There are so many mixed reactions.  I’m still gathering research about that one. People say, like, ‘What are your beauty hacks?’  Besides my GoopGenes moisturizer, which I’m obsessed with by the way, [they include] exfoliating, sleeping, breathing, meditating — [and] basic things to reduce stress: sweating, exercising, eating good nutrients. Those are all considered wellness [to me].”

How is that going to come to life in season two of [the Netflix series] “The Goop Lab”?
“Season two is really about relationships, intimacy and sex. We’re focusing on that. We just started filming, so we’re still putting it all together right now.”