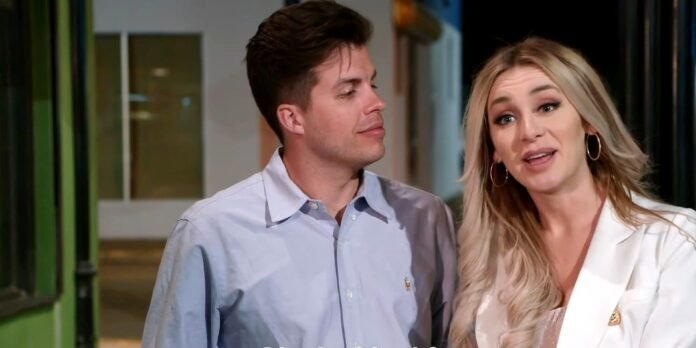 Yara Zaya posted a beautiful picture of her from 2012 and condemned a Ukrainian reality TV show, which made her look disfigured onscreen.

The newest member of 90 Day Fiance franchise, Yara Zaya, claims that the Ukrainian shows deliberately made her appear disfigured onscreen. That’s why her current face looks pretty different from her throwback pictures. As soon as the 90 Day Fiance season 8 premiered, a few fans found out that Yara isn’t new to reality TV. She was spotted on a Ukrainian reality TV show in 2013. While many were excited to see the younger version of Yara, others were shocked to see how drastically different she used to look.

Her throwback pictures and videos suggested that the Ukrainian beauty probably had a nose job, lip fillers, and breast augmentation surgery. Instead of making speculations, a few curious fans directly asked Yara whether she had any plastic surgery to enhance her looks. She denied having any work done on her breasts and also dismissed having a butt lift. She admitted to having lip fillers four years ago but affirmed that she doesn’t have any silicone in her body. In fact, she mentioned that her “a** is flat like pancake.” Some fans still believe that Yara did have a nose job because she looks drastically different from her old pictures and videos.

Perhaps that’s why Yara recently took to Instagram to criticize the Ukrainian reality TV shows and also slam the people who frequently talk about her physical appearance. Jovi Dufren’s fiancée posted a beautiful picture on her Instagram story from 2012. She is wearing denim jeans and a jacket and flaunting her long beautiful golden locks in the photo. The 25-year-old TLC star began, “How tired I am of these people who constantly condemn my appearance. I didn’t choose which one I would be born and this doesn’t make me a good or bad person.“

She also called out Ukrainian TV shows, which made her look disfigured with the help of makeup or terrible lighting. She wants people to condemn such shows so that no one watches them. It seems like Yara’s changed appearance is the result of photo filters and nothing else. Still, a few 90 Day Fiance fans on a Reddit thread don’t appear to believe her story. According to them, plastic surgery isn’t something to be ashamed of, and Yara’s old pictures show a big change, especially in her nose. So, if Yara had some cosmetic procedures to beautify her looks, then she should just accept it.

A Redditor said, “She’s really digging herself into a hole here.” Another one wrote, “she totally had work done I don’t understand why she just doesn’t admit it.” A few days back, a throwback video of Yara surfaced in which she was talking about her apparent nose job procedure. She probably had plastic surgery to make her nose smaller. While Yara is dismissing the plastic surgery rumors, Brittany Banks publicly announced that she went under the knife to get a breast lift. The former 90 Day Fiance star Brittany recently showed off her results in a skintight dress. Will Yara ever own up to the supposed plastic surgery she has had done? Only time will tell, but regardless, she looks beautiful as she is.