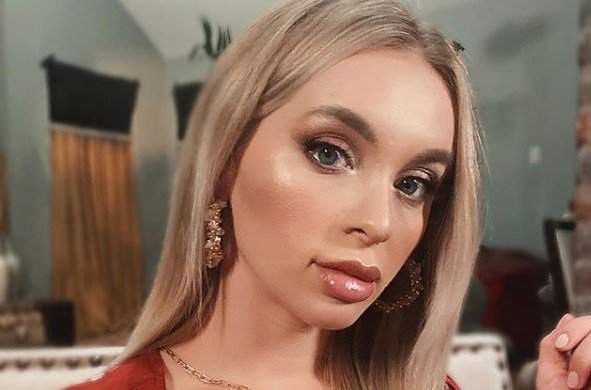 Yara Zaya and Jovi Dufren are amongst the most popular couples of the current season of 90 Day Fiance. Fans have given much love to Jovi ever since he appeared on the show. However, a lot of people seemed to have noticed some red flags in their relationships. On the other hand, some of Yara Zaya’s old pictures surfaced online, revealing her previous look. Well, the reality TV star now looks totally different. Viewers claim that there could be a chance that she has had plastic surgery before. One of the most controversial things amidst all this is Yara’s video from 2014, admitting to a nose job. Here’s a look at the details.

Apparently, 90 Day Fiance isn’t the first reality show that Yara Zaya has starred in. Some fans recently discovered some details of her past life, and we’re all shocked. According to a report by ScreenRant, back in 2013, Yara starred in a Ukrainian TV show called Love Online. The show featured Ukrainian people in a long-distance relationship flying abroad to meet their love interests. One of them turned out to be Yara Zaya, then known as ‘Yaroslova.’ On the show, she travels to Barcelona to meet Raphael. On the other hand, in a video from Fashion To The People, the TLC celeb confesses that she prefers rich foreign men. Well, a lot of fans called her out for finding the man she desires and using him for money.

Well, according to a Reddit user, Yara Zaya allegedly admits to having plastic surgery when she featured on Love Games. Based on just the looks, there’s a huge difference in her appearance. In fact, her nose looks significantly different from her recent pictures. Previously, Yara has denied having any surgery done on her face. In an Instagram live, she slammed followers, confirming that she’s natural and has no silicon. The Ukrainian star also says that she’s not had botox either. However, later on, she confessed to getting lip injections four years ago.

However, in contrast to her recent claims, her 2014 video says that she’s had her nose done. Based on its rough translation, the video features Yara saying that she’s taking care of herself and her appearance. Moreover, some of her statements reveal that might have made her nose smaller. Later on, Jovi’s wife also adds that she’s still recovering from the procedure, and the results will be better once she does. Well, the said video is still not proved to be genuine. Although if it is, Yara Zaya might have to face some criticism from fans for lying.