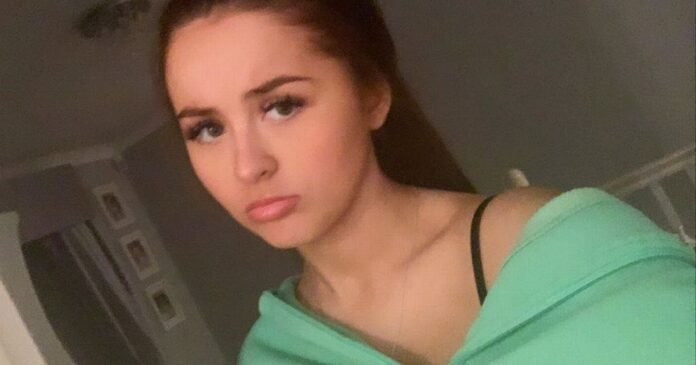 A Facebook stranger reached out and diagnosed a woman who was struggling with a mystery illness for a year. Twenty-year-old Annie Marshall began experiencing symptoms back in March 2020 after she was left in pain every time she ate following food poisoning.

Annie saw a number of specialists and she was finally diagnosed with gastroparesis 12 months later. None of the medications or treatments that she was given helped with the symptoms and she was even on a liquid diet.

It was only when she posted her frustration on a Facebook group for people who suffer with gastroparesis that a woman reached out to Annie and suggested that she looked at Median Arcuate Ligament Syndrome, reports Wales Online. Annie said: “A stomach is supposed to empty itself in half an hour but for me, after four hours, zero percent had emptied.”

She added: “I didn’t know what to do and was feeling really low in myself – I had pretty much given up and vented to a gastroparesis Facebook group about everything that had happened. I had a message from a woman in America who said she had been a nurse for twenty years and I should look into MALS.

“She had it herself and had worked with MALS surgeons – so it was sort of like luck.” After having food poisoning she went to her GP and she was told it was a stomach bug that she would recover from.

Following on from that she began experiencing pain every time she ate food she was then unable to eat even a couple of mouthfuls of food due to the pain. It would then leave her bedridden for the rest of the day after eating.

Over several months the pain increased and she then visited the doctors to try and find out about the mystery illness. She even underwent an MRI scan but that brought her no closer to getting to the bottom of the illness.

She was even told by one doctor that he thought she was anorexic and that nothing was physically wrong with her. The doctor told her that he could not give her the help that she needed and her parents even believed the doctor.

Eventually the doctors began to see that she could be manipulating the symptoms that she was experiencing that was when she began to see a specialist to try and work out the problem. Eventually she was diagnosed with gastroparesis after a series of tests and antibiotics but by that time she was on a liquid diet and lost over two stone.

Following the diagnosis she began treatment for gastroparesis and that included having Botox injected into her stomach but nothing was working. Annie and her family then reached out to a Texas based doctor who told her if she flew to him she could have surgery to try and relieve her symptoms.

Despite not knowing if the surgery would work Annie had keyhole surgery however after the recovery period she was sadly still experiencing severe pain and symptoms. She then took to the Facebook support group for the disease where a stranger reached out to her and suggested she looked at MALS disease.

Following some research she realised how similar the symptoms of MALS disease are to her symptoms and she found a doctor based in London who can treat the disease. After an ultrasound she was finally diagnosed with Median Arcuate Ligament Syndrome.

Annie is now waiting to be seen by a world-leading MALS specialist and is hoping to have life-changing surgery later this year. She said: “I was in lots of pain every time I ate which increased to the point where two mouthfuls of food would make me so ill that I would be in bed for the rest of the day.”

“It increased over a couple of months so I started seeing a few doctors. One did an MRI which came back fine and he said he thought I was anorexic even though I told him ‘no, there’s something physically wrong with me’.

“He told me he couldn’t help me anymore and at first my parents believed him too, they trusted him because he was a doctor, but after a while they could it wasn’t me doing it to myself. There was no way I could make these symptoms, I couldn’t physically make them happen.

“I saw a doctor who promised me he would get to the bottom of it and did quite a few tests on me – I was on a lot of antibiotics during this time as they thought it was a bacterial infection. In March 2021 he told me he thought it was gastroparesis – by this time I was on a liquid diet as it was too much to eat and I had a job so I couldn’t be ill all the time.

“It’s like your stomach is paralysed, the doctor said it was the worst he’d ever seen it and couldn’t believe no one had tested me sooner. It was nice to have a diagnosis and know I wasn’t crazy.

“I went on all the meds for gastroparesis and even had Botox injected into my stomach but nothing helped. I got in touch with the doctor in Texas who had pioneered bariatric and gastric sleeve surgery – we were quite desperate at this point.

“I’d lost two stone and wasn’t that big to begin with so I was quite underweight at this point and my weight loss was continuing every week. I flew out to Mexico with my mum and then went over to Texas where I had keyhole surgery and flew home a few days later.

“We didn’t know how effective it would be until two months after the surgery and I was on a liquid and purees diet for six weeks following the surgery. The doctor said after two months I should be on solids but I was barely tolerating liquids and couldn’t keep much down.

“He was confused as everyone else who had the surgery had so much success, physically my gastric emptying had sped up but all my symptoms were still there. I vented in a gastroparesis Facebook group and had a message from a woman in America who said I should look into MALS – Median Arcuate Ligament Syndrome.

“Me and my sister researched a little bit about it and seemed really similar to me which was a hopeful sign, as gastroparesis is sometimes found secondary to MALS and we’d never been told a cause for it, it just came from nowhere. I did an ultrasound with a doctor in London which came back positive for MALS and then had another diagnostic test done where they inject a steroid into a bundle of nerves after quite a few scans.

“They have to be quite thorough and have to exclude everything else as it is so rare. For eight hours after the steroid injection I ate perfectly normally and no symptoms – in my head I couldn’t understand how I could suddenly eat but it was quite a good indication that this could be resolved with surgery.

“I got in touch with the best MALS surgeon in the world who is based in Connecticut and had to send over all my scans – I was put on the waiting list for surgery which will hopefully happen in July.”

Aesthetic Fillers Market Size to Worth Around USD 8.74 Bn by 2030