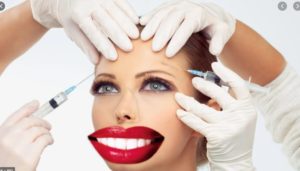 U.S. Attorney James P. Kennedy, Jr. announced today thaShaneesha White, 25, of Buffalo, NY, was arrested and charged by criminal complaint with theft of government funds, fraud associated with disaster relief, and wire fraud. The charges carry a maximum penalty of 30 years in prison and a $250,000 fine.

In October 2020, the U.S. Department of Labor received information from the New York State Department of Labor that a federal prisoner was illegally receiving NYS unemployment insurance benefit payments. Subsequent investigation determined that the IP address associated with the unemployment claim was also associated with multiple other claims, including the defendant Shaneesha White. According to the complaint, a total of $48,833.15 was deposited onto Key Bank debit cards controlled by the defendant. The debit cards were in the name of White, and two others. The complaint further states that the defendant used the unemployment benefits to pay for various expenses including a trip to Florida, cosmetic surgery, footwear, and cosmetics.

The CARES Act is a federal law enacted on March 29, 2020, designed to provide emergency financial assistance to the millions of Americans who are suffering the economic effects caused by the COVID-19 pandemic. It expands states’ ability to provide unemployment insurance for many workers impacted by COVID-19, including for workers who are not ordinarily eligible for benefits. The CARES Act provided for three new UI programs: Pandemic Unemployment Assistance (PUA); Federal Pandemic Unemployment Compensation (FPUC); and Pandemic Emergency Unemployment Compensation (PEUC).

Anyone with information about allegations of attempted fraud involving COVID-19 can report it by calling the Department of Justice’s National Center for Disaster Fraud Hotline at 866-720-5721 or via the NCDF Web Complaint Form at: https://www.justice.gov/disaster-fraud/ncdf-disaster-complaint-form.

The defendant made an initial appearance this afternoon before U.S. Magistrate Judge H. Kenneth Schroeder, Jr. and was released on conditions.

The fact that a defendant has been charged with a crime is merely an accusation and the defendant is presumed innocent until and unless proven guilty.