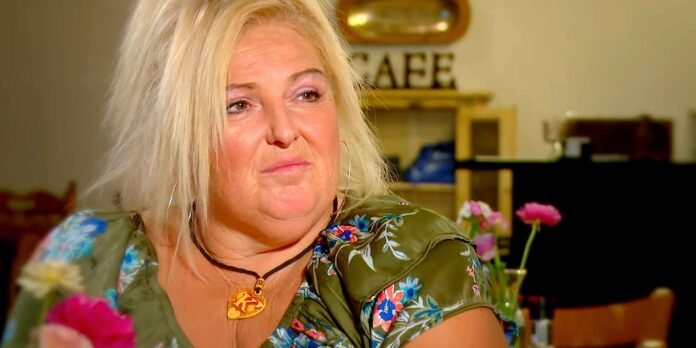 While some fans are praising Angela Deem’s new look, others think she looked happier and younger in pictures taken before the weight loss surgery.

Many 90 Day Fiancé viewers are not all that impressed with Angela Deem’s sudden weight loss. When a fan page posted the TLC star’s before and after pictures, many fans said they liked Angela before the weight loss surgery. Viewers claimed she looked much younger and happier in the before photo. America’s favorite meemaw had bariatric surgery after 90 Day Fiance: Happily Ever After? season five ended. She was tired of gaining weight and wanted to get rid of excess fat for the sake of her health.

Even though her husband, Michael Ilesanmi, was against her undergoing invasive plastic surgery, Angela decided to move ahead with her plan. She is now flaunting her slimmer figure on social media, which has shocked many 90 Day Fiancé fans. Last Christmas, she surprised her Instagram followers by wearing a stunning golden-colored dress that showed off all the pounds she had shed. The 55-year-old may have spent about $19,000 on her bariatric surgery, which has added benefits like improved fertility and joint pain relief.

Even after spending a hefty amount on her weight loss, Angela is not receiving much appreciation from some of her fans. A 90 Day Fiancé fan page shared her before and after photo on Instagram with the caption, “Angela doing her thang.” But there was an overwhelmingly negative response to Angela’s changed look in the comments section. Many loved Angela in the before picture, where she looks happier and younger despite her higher weight. One fan commented, “For the first time the before pic looks better than the after.” Another chimed in about Angela’s changed look, saying, “The bariatric surgery has certainly aged her.” Check out the picture shared by @tote_the_memes on IG:

A few fans shared the general observation that some ladies look younger and healthier with a little more meat on their bones. Others suggested Angela should use good moisturizers and stop smoking ASAP, which might help reduce her wrinkles. One reason most fans aren’t liking the after picture could be because Angela’s wrinkles are quite visible, and her skin is sagging. In 2020, Angela informed her Instagram followers that she spent $3,000 on her Botox and fillers. However, she still looks older after her weight loss.

After her surgery, it looks like Angela has stopped getting Botox injections. Thankfully, some of her loyal fans said that the excess weight was putting her health at risk, so she didn’t have a choice but to undergo bariatric surgery. Angela can probably start working out to get rid of the sagging skin or have another cosmetic surgery to remove it. Nonetheless, Angela is looking great with her slimmer figure, and there are still many 90 Day Fiance fans who truly adore her.

Next: 90 Day Fiance: Colt’s Ex Jess Caroline Is In Danger of Deportation