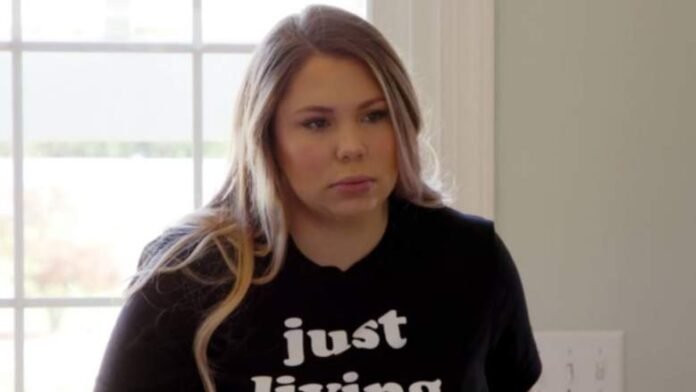 Teen Mom 2 star Kailyn Lowry clapped back at her plastic surgeon Dr. Miami, professionally known as Dr. Michael Salzhauer, after he called out his patients who got pregnant after received a “full-body” makeover from him. Dr. Miami originally posted his message to TikTok on February 15, where he boasts more than 833,000 followers.

The clip shows the surgeon pounding his fist on the nurse’s station. “When you give her a full-body makeover but then she gets pregnant,” he wrote. “After all the work I did.” He added the hashtag: “This some bullshyt.” The post garnered more than 177,000 likes and over 1.7 million views. The cover photo for the post reads, “Abstinence is key.”

Hundreds of people commented on the video, but the most prominent person to drop a message was Kailyn. “You didn’t have to attack me like this,” she wrote. Dr. Miami liked her message and responded with a few emojis: “😳😂”

Fans on Reddit, who are known to be critical of Kailyn, sided with the Deleware native.

“What a disgusting thing to say. It’s like he’s done them a service, how dare they ruin his hard work choosing to have a child,” one person said. “He’s all-around a creep. He always posts things like this and thinks it’s funny,” another added.

Kailyn Is No Stranger to Plastic Surgery

Kailyn, 28, has had various cosmetic procedures, including a Brazilian butt lift and tummy tuck from Dr. Miami in 2016. She also allowed the surgeon to do liposuction n her neck. At the time, she was a mother-of-two. She later became pregnant with her son Lux in early 2017.

She allowed Dr. Miami to film the surgery for his Snapchat channel. He promoted the event, which also included operations on DeJesus sisters Brittany and Briana. At the time, Kailyn and Briana didn’t have any drama between them, as it was before Briana and Javi Marroquin started dating.

She had planned to go under the knife again in 2018 after giving birth to Lux, but decided she would focus on eating healthy and exercising. The star was going to get a breast augmentation and liposuction.

Kailyn has been open about her procedures, and also admitted to getting lip injections.

She Wants to Get a Breast Reduction

After having two more children since her initial surgery, Kailyn is ready to tackle her breasts.

“When i get home I’ll use the money i was gonna spend on surgery for a nutritionist & get back into working out,” she continued.

This time around, she would like to get a breast reduction for her 36 DDD breast size. “I’m in a place right now where I don’t want to go see people because I’m not happy with myself,” she said on her podcast Coffee Convos in January 2021, as noted by The Sun.

“Right now I’m at the highest weight I’ve ever been and I’m not happy with myself. My clothes fit differently. I hate it,” she continued. “Half of my brain is like, ‘Go get fit’ – I’m going to the gym every day – and the other half of me is like, ‘I’m almost 30, just embrace your body, just be OK with it.’”