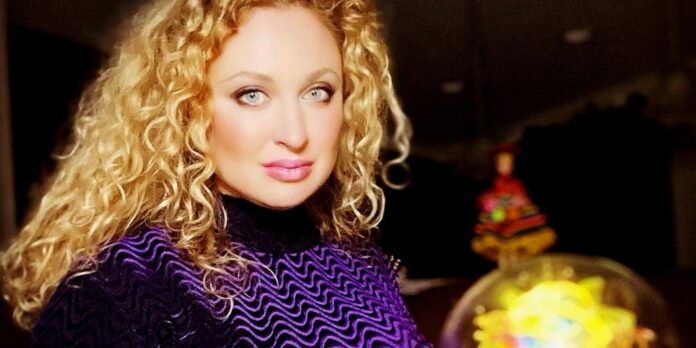 Although some 90 Day Fiancé fans feel Natalie is hiding her pregnancy in an IG post, some TLC viewers say Mike’s wife has gotten breast implants.

The Natalie Mordovtseva 90 Day Fiancé fans have been used to seeing on-screen doesn’t look the same in her recent Instagram photos. The sudden and “big” change in Mike Youngquist’s wife led fans to make many assumptions. Why is it that 90 Day Fiancé star Natalie looks different in her photos? Is it because Mike and she are having a baby? Or could it be that Natalie has enhanced her assets with some good old plastic surgery?

The on-again, off-again relationship between Mike and Natalie has given 90 Day Fiancé some of it’s most memorable fights. The TLC couple, who met via mutual friends, was engaged within weeks of seeing each other face-t0-face while in Paris. But while Natalie wanted to start a family back then, Mike cited financial issues as the reason they should wait. The 90 Day Fiancé pair then quarreled over their personal beliefs about religion and food preferences, which continues in season eight. The recent episodes have had Natalie search around Mike’s “constantly cold” house for the engagement ring she tossed, while also insulting his IQ, lifestyle, and weight. But as Natalie continues to anger 90 Day Fiancé fans with her comments, spoilers suggest she’s happily married to Mike. However, when Natalie returned to Instagram after a long break and changed her username from “agent_natalie” to “nataliemordovtseva,” TLC viewers also noticed another significant change in Mike’s rumored wife.

Since her return to 90 Day Fiancé and social media in December, fans have observed how obviously different Natalie looks. Quite a few TLC talents are known to enhance their features to look prettier, including Darcey Silva and Larissa Lima. Unsurprisingly, Natalie’s new look sparked cosmetic surgery rumors. A recent Instagram upload by Natalie has her dressed in a rich purple velvet dress, seated in a very Disney princess-like setting. But while some fans were in awe with Natalie’s glowing skin and always-perfect curls, some seem to be dead sure that the 90 Day Fiancé star got plastic surgery.

A few TLC viewers recall Natalie not liking Mike giving her purple flowers at the airport as she wears the same color gloriously in the IG post. But most others have written comments such as, “She’s so interested in a healthy lifestyle, yet she has breast implants,” and, “Please don’t have plastic surgery like all the others.” A 90 Day Fiancé fan bluntly asks, “Did you have a boob job?” Another one seems to be confused about “why the implants,” given that Natalie already “had a perfect body.” However, some fans feel Natalie’s chest “grew” because of the pregnancy (not implants), and the glass of the jar in the picture appears to be distorted “because of the bad photoshop trying to hide her pregnancy.”

Surely, if Natalie and Mike are indeed having a baby, their 90 Day Fiancé contract would prohibit them from spilling the beans. According to documents on the internet, they did get married in March 2020 in Sequim, which was revealed in an announcement in a local newspaper. But if Natalie was expecting a baby, would she really spend time hiding her pregnant belly with mediocre photoshop, or would she just avoid posting the telling pictures entirely? This 90 Day Fiancé storyline seems to become more and more messed up with every minute.