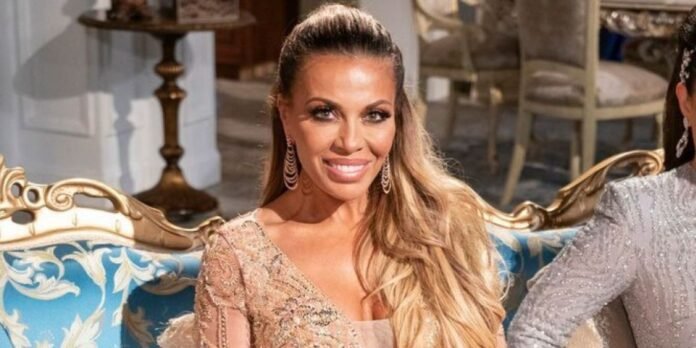 Dolores Catania’s boyfriend is not happy with her choice to have plastic surgery. He said that he liked the way that she originally looked.

The Real Housewives of New Jersey’s Dolores Catania’s boyfriend is not happy with her choice to have plastic surgery. Evidently, he liked the way she looked beforehand. This may have ultimately caused a strain on their relationship.

The 49-year-old joined the franchise back during season 6 after numerous years of being a friend of Teresa Giudice’s. The Paterson, New Jersey, native was no stranger to the arguing amongst women since she used to be a police officer who worked with inmates. Fans grew to love her tight-lipped, no-nonsense approach to life. The Real Housewives of New recently revealed that she had a tummy tuck. Fans always thought Dolores looked great but are happy with her decision to go under the knife.

David Principe is not thrilled with his girlfriend’s choice to undergo the knife. In a sneak peek shared by @realhousewivesfranchise, the couple is seen talking it out with Dolores telling cameras that she did not have the heart to tell him until the night before her surgery. Fans think this may have created tension in their relationship.

David already works a lot of hours, and the couple struggled to find time last season to bond. The doctor can be seen speaking with Dolores and her son Franki about how her son has really stepped up during the pandemic saying, “If you don’t put the time in, you will never get it to grow.” Jokingly Dolores commented about how she put the time in to better her boyfriend. Even though the couple is not engaged and Dolores admitted on the last reunion that she was “resentful,” the two seem to be doing well. The conversation took a turn when Dolores tried to tell David he needed to show up at more events, to which he said no. He then changed the subject, asking, “Dolores, when is your next surgery? Cause you didn’t tell me about this one.” The mother of two’s face seems to tighten as she contemplated her answer, admitting that things are “dicey” between her and David after she went through her liposuction, butt lift, and tummy tuck. The housewife made it clear that she wasn’t supported because David has never been for elective surgery.

Fans noted that David was angry because he was afraid of a complication. But Dolores stood her ground and revealed that she didn’t need to explain herself since she had the freedom to do what she wanted. She made her stance telling her boyfriend that she doesn’t need the commitment she thought she once did. Fans are looking forward to tuning into the premiere episode later this month.

90 Day Fiancé: What Job Natalie Did For A Living Before Meeting Mike