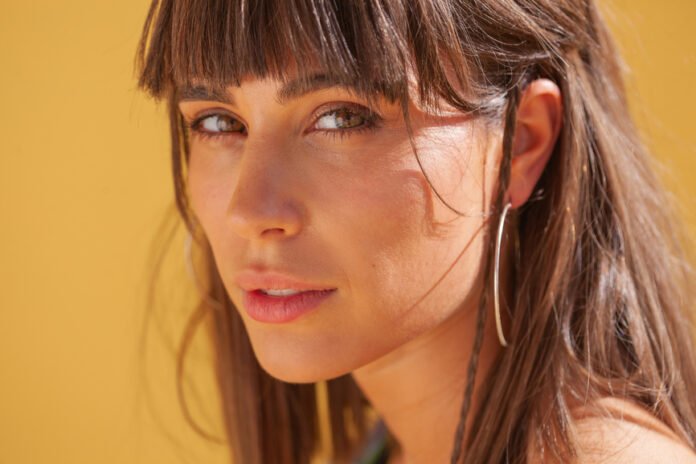 Facials, laser treatments, and even microneedling have all become acceptable lunchtime skin-care treatments that the average person feels comfortable casually dropping in on, even on a whim. But what about Botox? Once thought of as an invasive, clinical procedure, if anything, the pandemic has proven that Botox is steadily becoming more a part of our general skin-care upkeep.

Take, for example, the fact that a brand new studio catering only to preventive Botox dubbed Peachy just opened in New York City in summer 2020, with a heavy clientele of customers beginning in their 20s. According to a survey conducted by the American Society of Plastic Surgeons on Americans’ attitudes towards plastic surgery in the wake of COVID-19, 49 percent of respondents who haven’t had any plastic surgery say they are open to having cosmetic or reconstructive procedures in the future. Of the most-requested treatments during telemedicine appointments, 65 percent were Botulinum Toxin Type A fillers such as Botox, Dysport, and Xeomin.

Botox seems to be the new facial, and in some ways, is now perceived as less of a cosmetic surgery-adjacent procedure and more an extension of skin care. But why?

Botox now and then

“These days, neuromodulator [such as Botox] is just a form of grooming, like getting waxed, coloring your hair, getting facials,” says Paul Jarrod Frank, MD, a New York City cosmetic dermatologist. Botox has been used for cosmetic purposes since 2002, and many studies have shown its proven results. In one, a set of identical twins show the promise of preventative Botox, and for some young people, the procedure is now as routine as getting a haircut. “Aging starts in our early twenties and much data has shown that some of the noninvasive treatments that are most popular, like Botox, fillers, and lasers, have ‘preventative effects,’” says Dr. Frank. “The millennial generation has caught on to the ‘clean up your room before it gets too dirty’ phenomenon.”

One of the reasons Carolyn Treasure, MD, Peachy’s co-founder, from Harvard Medical School, was inspired to start her new injectable studio was because she wasn’t seeing the same kind of natural, conservative approach to regular Botox that she believes in. Using an AI-powered system, which analyzes your features and recommends personalized Botox dosages, Dr. Treasure discusses each client’s dynamic index (lines present only when moving muscles) and static index (lines that are always present) for each of the three FDA approved muscle groups for Botox: crow’s feet, the forehead, and between the eyebrows.

“Botox historically has been somewhat stigmatized and siloed into this very cosmetic appearance altering offering, and I think clinically, it does not alter or change your appearance when used how it’s supposed to be,” says Dr. Treasure. “I think it’s becoming increasingly so top of mind…as a high ROI skin-care routine.”

“I think Botox is now being looked at as an elevated skin-care routine,” explains Sydney Brodie, 25, who is on her second Botox treatment. She was initially inspired to first test out the treatment for migraines and jaw pain, which helped her significantly. She then decided to get it for wrinkles after being pleasantly surprised by the results. “We moisturize and use serums to maintain elasticity and reduce wrinkles, but I also think the younger generation is all about doing things quickly and efficiently, which Botox can do but at a higher price point.”

There’s also…Zoom fatigue. Personally before this year, I rarely if ever, did video calls. Now, seeing my face as I speak is almost constant, on top of the already self-saturated visual culture of social media. “We’re all becoming more visually oriented because of social media, access to cameras, face tuning and just having higher expectations,” says Dr. Frank, of how Botox worked its way into our normalized skin-care routines in 2020. No longer is it seen as extreme or for “an aging demographic.”

How to determine if it’s right for you

Dr. Frank explains that the largest growing demographic for Botox at his practice are millennials in their late 20s and early 30s and one-third of his new patients are under 32. Likewise, Dr. Treasure sees the push of skin-care knowledge and transparency from young people as being a major deciding factor of how Botox is being perceived in 2020. “Young people have a limited set of resources and are thinking: ‘How can I allocate them to get results,’” she says. “I think it’s largely driven by millennials and also Gen Z, who are asking the questions: ‘What is beauty? Why do I have to wear makeup?’ They focus on skin.”

“The doctor ended up giving me what she calls ‘Baby Botox,’ which means it’s a very small amount inserted,” Brodie says. This effect requires different amounts for different people, yet the result is meant to give a barely-there effect. “The results were subtle to my peers, but in my eyes they were huge,” she says. “I felt completely refreshed and relaxed and garnered more confidence than I’ve had in the past.

Likewise, Juliana Martins, 23, just started getting Botox and was initially scared to tell anyone because of the stigma once associated with it. “A few weeks after I got it, I sent close friends and family a before and after picture noting I got the treatment and all responses were so positive,” she explains. “After seeing the pictures side by side, they realized the after appearance looked great, it didn’t make me look ‘fake’ or ‘plastic’.  There is definitely a way to subtly enhance your own natural beauty with neurotoxins like Botox. Many people still associate it with an overboard, plastic look… I like to look at Botox as a skin-care treatment instead of a cosmetic since it’s noninvasive.”

While a conservative dose of Botox can do good for your skin-care routine overall, Dr. Treasure cautions that it’s not for everyone, even if you’re past the age of your 20s, which is why she offers complimentary consultations. “If you don’t have static lines, there’s really nothing there to relax,” Dr. Treasure says. And given that these hundreds of dollars procedures aren’t cheap, Botox abides by another golden rule of skin care: Educate yourself on what a product is, how it works, and then figure out whether or not it’s for you.

Oh hi! You look like someone who loves free workouts, discounts for cult-fave wellness brands, and exclusive Well+Good content. Sign up for Well+, our online community of wellness insiders, and unlock your rewards instantly.