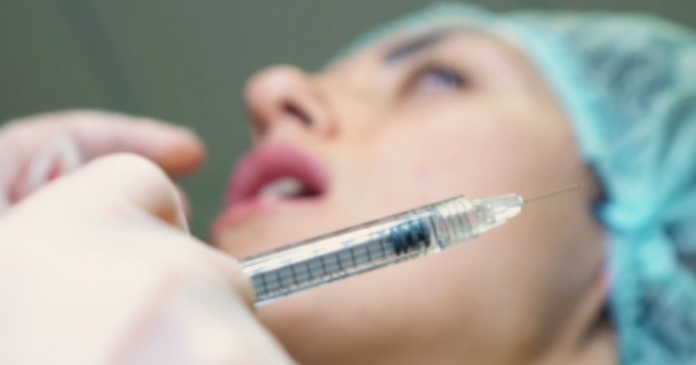 SALT LAKE CITY — Plastic surgeons across the country, and here in Utah, are seeing an increase in people wanting nose jobs and face lifts, and it’s all thanks to the pandemic.

It’s a phenomenon known as the ‘Zoom Boom.’

The Zoom Boom refers to more people getting plastic surgery due to spending more time on Zoom and video conferencing apps.

Utah doctor Daniel Ward says there is a 20 to 30 percent increase across the country in people getting plastic surgery.

Video conferencing for work and even social events is considered normal now, meaning people have more time to reflect and see themselves on camera, noticing their own facial imperfections. This is known as zoom dysmorphia.

The top request is for rhinoplasty followed by eye lifts, facelifts and facial rejuvenation.

“It’s almost like they see this droopy eyelid or this prominent bump, and it’s obscuring who they really are, and so it seems to be more of our patients are proceeding with surgery and with ways to kind of improve, or even just tweak slightly themselves, their face, or their features, it’s almost like they want to look more like their true identity, or their true identity as they see themselves,” said Doctor P. Daniel Ward, a Facial Plastic Surgeon of Ward MD Facial Plastic Surgery.

Doctor Ward says it’s not just older people getting plastic surgery either, there is a boom in 30 to 40 years old’s doing facial rejuvenation.

People in this age range are noticing their face is fuller, and they want to reposition or reconfigure the muscles in the face and neck to look younger and more refreshed.

“I think it’s just a really interesting conglomerate of things where, it may be a little bit of a focus brought about because of the times, just in general I think there’s a societal movement towards wellness, but also with Covid I think people are kind of like, it’s now or never, they’re facing their own mortality, maybe shortness of life, and they kind of just want to do it,” said Doctor Ward.

Another contributing factor to the higher numbers, more people are home so there is more time to recover from surgery, they are already wearing masks to cover the bruising, and some people have more money because they’re not traveling.