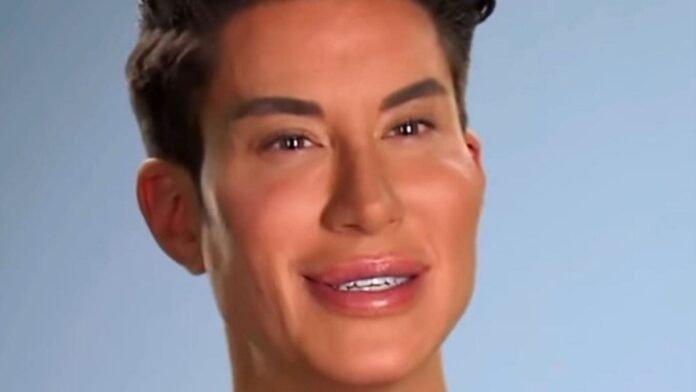 The Human Ken Doll, aka Justin Jedlica, made an astonishing return to E!’s cosmetic surgery show Botched season 17. The episode, which aired on February 22, featured the Human Ken Doll returning to the show, but not for another surgery. His objective was to show off to his Botched doctors the results of the surgeries that they had warned him against.

Botched features Dr. Nassif and Dubrow correcting people’s failed plastic surgeries. Each episode is hour-long and films the complex process of correcting failed operations, which includes complex procedures, an intensive recovery process, and the final revelation of a successful transformation.

How did the Human Ken Doll show off to the Botched docs?

After receiving heart-wrenching cosmetic surgery from Dr. Nassif and Dubrow in 2015, Justin went through more surgeries to completely transform his look. He explained that he underwent a wide variety of surgeries, including both buttock lipo and injections, matching facelifts with his mother, and full torso recontouring.

He later disclosed that the most unbelievable surgery that he had was getting Botox injections in the scrotum. He explained in the episode,

“My thought process was that if you microneedle things, you get, like, a bunch of collagen that kind of storms to that area, and potentially you could get some kind of girth enhancement.”

Before meeting up with the two doctors, Justin, the Human Ken Doll stated in the episode,

Moreover, the doctors were amazed to learn about the unbelievable surgeries that Justin had gone through, and they were equally impressed with how things turned out for him. Dr. Dubrow expressed to him in the episode, saying,

“I’m so happy that even though we didn’t want you to do the procedure, you did it and really only had minor complications.”

Till date, the Human Ken Doll has had 1000 cosmetic surgeries since the time he found an interest in sculpting his body.

Viewers can catch Botched: Where Are They Now every Tuesday at 9.00 pm on E! and binge-watch on Peacock.