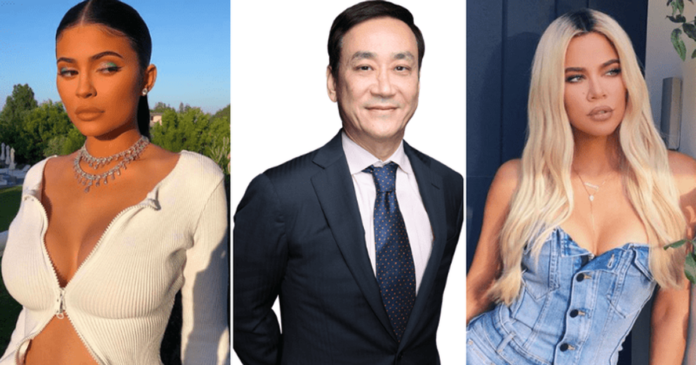 Landing in Hollywood means you have access to the world’s best plastic surgeons, most of whom are adept at tweaking a celebrity’s visage just enough to make them look like a more attractive version of their God-given selves. Not everyone gets brand-new faces, but rather a thinner nose, a finer chin, an ever-so-slight brow lift—the list goes on. Now a Beverly Hills plastic surgeon is exposing the secret procedures that he thinks stars have undergone.

Dr. Charles S Lee’s videos went viral on TikTok, where the surgeon can be seen analyzing the ‘before’ and ‘after’ pictures of Kendall Jenner, Ariana Grande, Khloe Kardashian, and more, speculating on the work he thinks they’ve had done.

The first star Dr. Lee addressed was Kylie Jenner, 23. “I think she had her chin shaved, her buccal fat removed, her temples lifted [via brow lift], in addition to narrowing her nose [with rhinoplasty], and injections to her upper lip,” he says. In another interview with Grazia in 2015, Kylie  “I haven’t had plastic surgery. I’ve never been under the knife. People flashback to pictures of me when I was 12 and say “Kylie’s so different,’ but how can I look the same from 12 to 18?”‘ she said.

Later, he examines the pictures of supermodel Bella Hadid, 24. He says: “I think she had nose surgery, eyelid surgery, liposuction of the neck, buccal fat removal [fat removed from the mid-cheek area], and the filler to her cheeks and to the forehead.” Bella has also previously denied that she’s gone under the knife. “People think I got all this surgery or did this or that. And you know what? We can do a scan of my face, darling. I’m scared of putting fillers into my lips. I wouldn’t want to mess up my face,”  she told InStyle in 2018.

Then he analyzed singer Ariana Grande, 27, he compared a recent photo to one of Grande when she was about 15 and starring on Broadway. He said he thinks she had ‘a “brow lift, upper eyelid surgery, a lid tilt, rhinoplasty, and chin surgery,” but added: “I kind of like the way she looked before.” Just like most of the celebrities Grande has also denied having any surgeries, stating that any changes her face and body went through are just signs of puberty since she, too, was famous at a young age. “On the cover of some magazine they said, “Oh, Ariana Grande: boob job, brow lift, cheek shaving, lips done.” I was like, “You’re comparing a picture of me from when I’m 14 years old to when I’m 21, and I’m wearing a push-up bra,”‘ she said in a 2014 video, according to People.

Dr. Lee then compared photos of Khloe Kardashian, 36, listing the most procedures on one person yet but exclaiming, ‘Wow, she looks amazing.’ According to him, she’s had “a procedure on her forehead [forehead graft], she’s had a fox eye surgery including a temple lift and an eyelid corner lift, buccal fat removal, liposuction of her neck and chin area, bone surgery along her mandible and chin, veneers, lip fillers, and multiple rhinoplasties.”

He also had a look at Demi Moore, 58. Dr. Lee said that Moore underwent facelift which was very evident when she appeared on the Fendi runway in Paris looking very different. “She has classic joker lines after a facelift,” he says, pointing to a runway photo.  “Joker lines occur in facelifts [on] patients with at-risk anatomy, particularly flat, large cheekbones. At-risk patients have a hint of a line in the pre-operative position, and when you pull on the skin, that line will get very deep and obvious. This type of problem can be avoided by not entering this space during surgery and fat grafting it instead,” he added

Kendall Jenner is the latest member of the Kardashian-Jenner clan the doctor shared a video about. He states: ‘From here I can see that she’s had a brow lift, as possibly part of a fox eye lift, including the lower lid corners. What I also see is her upper eyelid has a little bit more platform, so that could be a byproduct of the brow lift, or additional eyelid surgery. For the nose, what I see is she’s got some internal valve collapse here,’ he says, pointing to her ‘before’ picture, ‘I notice the width and a little bit of roundness of the tip area, which is improved [in the after photo]. So she’s had a rhinoplasty. She’s got beautiful teeth,’ he goes on. ‘I think she’s probably had some lip fillers, and probably some botox and other fillers as well. But regardless, I definitely agree she’s the most natural-looking Kardashian.”

Dr. Charles Lee’s interest in plastic surgery spanned his entire medical education. He received his medical school training from the Washington University in St. Louis, the birthplace of the American Board of Plastic Surgery. After finishing medical school, he did a residency in facial, head, and neck surgery (also known as facial plastic surgery or otolaryngology) from Loma Linda Medical Center. His immense interest in plastic surgery led him to a plastic surgery residency under Dr. Ralph Millard, a pioneer and legendary name in the field (named one of the top ten plastic surgeons of the last 100 years by the American Society of Plastic Surgeons). After completing his studies with Dr. Millard and another two years of training on muscle transplantation and pediatric plastic surgery, he went to Hawaii to train with Robert Flowers, MD of Honolulu, a renowned expert on Asian cosmetic surgery.