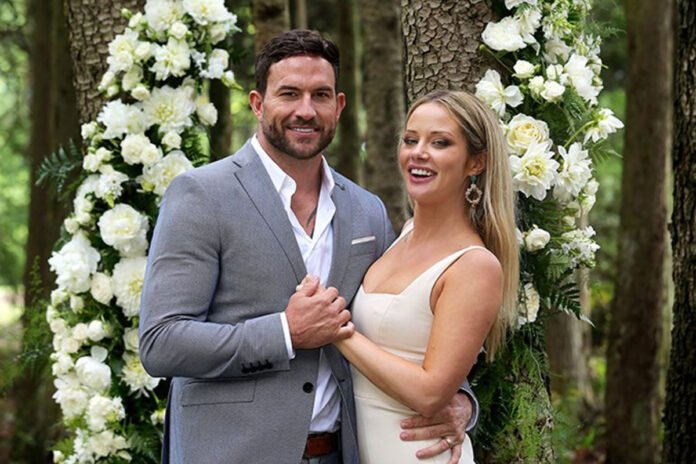 WELL it’s fair to say that Jessika Powers has dominated the headlines when it comes to Married At First Sight Australia.

From cheating on her husband to partner swapping, the blonde bombshell has done it all.

Where is Married At First Sight Australia’s Jessika Powers now?

Although E4 only started airing Married At First Sight Australia in 2021, the show was actually filmed in 2018.

Needless to say, a lot has happened in Jess’ life since then.

Since leaving the show, she is now dating aspiring rapper, Filip Poznanovic.

Jess, who is now 28, is also a full time Instagram Influencer and makes her money plugging products on social media.

What surgery has Jessika had?

Jessika has spared no expense when it’s come to her transformation since the show – spending a whopping £30,000 on surgery.

The reality star has admitted that she’s “addicted” to going under the knife.

She told fans she’s had a “fat transfer” boob job, Botox injected into her jaw and forehead and cheek fillers.

She also splashed out on tear trough fillers, smile line fillers and 20 porcelain veneers in the past 18 months.

In 2020, she also had all of her “botched” lip filler dissolved and more injected to make her pout bigger than ever.

What happened with Jessika and Dan Webb?

Jessika entered the experiment when she married Mick, and Dan was matched with Tamara.

However, the pair did the unspeakable and started an affair behind their partners’ backs.

Jess even went one step further and kept Mick on the show by choosing to “stay” during a tense commitment ceremony, despite him begging to leave.

She did this so she could keep seeing Dan.

Then when they decided to leave their partners for each other, the experts allowed them to continue in the experiment as a couple.

The affair was not taken lightly by fans, with many threatening to boycott the series after the experts’ decision.

Did Jessika date Dan after Married At First Sight?

The couple dated after the show ended for several months, but before 2019 was up, they’d split up.

Speaking to Yahoo Australia, he declared: “We are not together! There is no way I am going to be dating that girl after the rumours. I’m glad I finished it, it’s done.”

How can I watch Married At First Australia?

You can catch it Monday to Friday at 7.30pm.

You can catch up with past episodes now on All 4.