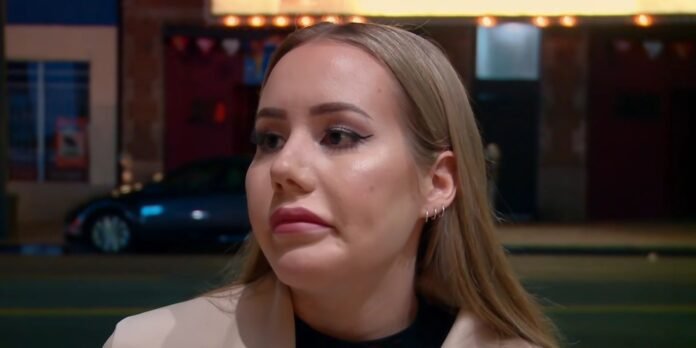 Jasmin Lahtinen Abelard got real about the work she had done. Her cosmetic procedure was performed using the latest technology.

Jasmin Lahtinen Abelard and Blake Abelard appeared on 90 Day Fiancé season 7 and didn’t cause very much drama. The biggest gossip surrounding this couple was not their love life… it was Jasmin’s appearance. Viewers assumed she had work done to her face, and were surprised when the Finnish gymnast denied getting plastic surgery. However, Jasmin did open up about her breast augmentation.

Jasmin and Blake met online and had a fairly calm relationship. Their biggest issue was Blake’s parents not allowing them to live together until they were married. They also clashed about Blake being more social than Jasmin, who didn’t appreciate being dragged to his friends’ parties. Despite those problems, Blake and Jasmin seem to be happy, and they’ve been married for the last two years. They even called out the show for being scripted and not showing their relationship accurately.

Jasmin seems to be enjoying living in Los Angeles, and she recently starred in a promotional video for a body sculpture company in Beverly Hills. Body Sculpture is not technically plastic surgery. The center that did Jasmin’s procedure used an AirSculpt device to transfer fat from one area of her body to another. Jasmin got a procedure that made her breasts one cup size fuller, via fat transfer.

In the video, Jasmin describes herself as athletic and says she’s been skinny her whole life. She decided she wanted subtle, natural-looking changes to her breasts. The clip shows Jasmin getting the procedure, which doesn’t require general anesthesia. The process reportedly requires very little downtime.

Jasmin smiled throughout the procedure and stated afterward that she was happy with the results. The before-and-after photos show a dramatic difference while still looking natural. There’s no word on how expensive the procedure is, though most cosmetic procedures aren’t cheap. Jasmin said she is grateful for the procedure (and the technology), as she got a breast enhancement that she had been wanting for some time.

While Jasmin has played coy about her face, she’s certainly been open about her recent breast augmentation. Maybe living in LA has helped her to embrace her choices. Then again, the company may have offered her a tempting offer to promote their procedure. Either way, Jasmin and Blake seem to be living their best life after not being included in the recent 90 Day Fiancé spin-offs.

Next: 90 Day Fiancé: How The Season 1 Stars Evolved (Before & After)

Meg Spaulding is a writer who spends an alarming amount of time consuming reality TV. She graduated with a film and history degree from UC Santa Cruz and has been writing about all things entertainment ever since. Her favorite show to analyze is The Bachelor. When she’s not thinking about TV, she enjoys reading and having long conversations with her friends.