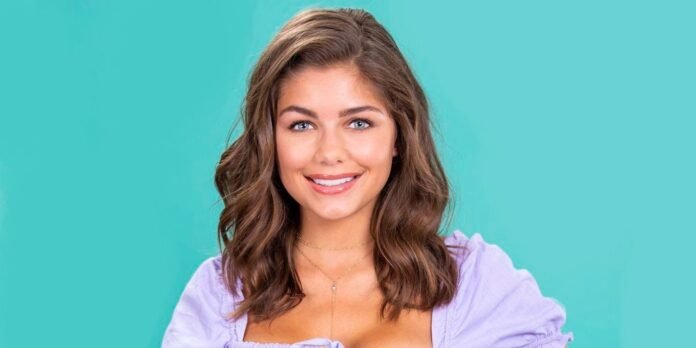 Hannah Ann could be returning to reality TV if she’s cast on Bachelor in Paradise this summer. Here’s the scoop on all her plastic surgery procedures.

Hannah Ann Sluss hoped to share her life with Peter Weber, the pilot from Los Angeles who starred in season 24 of The Bachelor. But things didn’t work out, and she was dumped a few weeks after the engagement so Peter could pursue runner-up Madison Prewett. Hannah Ann now shares her life with her 1.3 million Instagram followers, and one thing she doesn’t shy away from is talking about her plastic surgery.

Hannah Ann Sluss fell victim to the indecisiveness of Peter Weber, the first Bachelor to grow up in the shadow of the Bachelor mansion. The well-traveled pilot was distraught after Madi broke up with him during Fantasy Suite week. He convinced himself Hannah Ann had been his choice all along and proposed to her during the finale. However, Peter broke things off with Hannah Ann on camera before an emotional reunion with Madi that Chris Harrison helped facilitate. Ever since then, Peter has continued to have a messy love life, while Hannah Ann has kept things light and non-personal online. These days, she mostly posts photos of herself in sponsored brands like Revolve and makes fun cooking and flower-arranging videos.

Related: Bachelor: Why Peter Weber May Join Bachelor In Paradise Next Season

Hannah Ann was a model before coming on the show and already had a hefty IG following. Because of her large following, Hannah Ann was featured on her plastic surgeon’s Instagram page, where she gushed about the plastic surgery procedure she had in 2015. Hannah Ann had a breast augmentation done at The Breazeale Clinic in Knoxville, Tennessee. She had silicone implants put in by Dr. Breazeale in a procedure called the “high profile boost.” She explained her reasoning behind getting implants was to give her chest a boost while still looking natural. 3D imaging helped her see what her new breasts would look like before she underwent surgery. She said that’s what convinced her to go through with the procedure.

Hannah Ann said she never had any work done prior to her breast augmentation. She was nervous, but she said the procedure was effortless and she had very little pain afterward. In fact, she described having surgery on a Tuesday and going to a college tailgate the following Saturday. Once Hannah recovered from her surgery and was happy with the results, she became a big fan of the Breazeale Clinic. She has tagged them in many of her selfies on Instagram and even said she goes back to the clinic every time she’s in Knoxville to get a chemical peel. Other than the chemical peels, Hannah Ann says she hasn’t had any work done since her breast augmentation.

It seems Hannah Ann would be open about the process if she chooses to get any work done in the future, based on how hard she reps for The Breazeale Clinic. Since the women on Peter’s season did not get to go on Bachelor in Paradise thanks to COVID-19, it’s possible she could be planning her next chemical peel at this very moment. After all, she’ll want her skin to look flawless if she plans on hitting the beach this summer.

Next: Bachelor: Why Emmanuel Acho Replacing Chris Harrison Is A Great Choice

Meg Spaulding is a writer who spends an alarming amount of time consuming reality TV. She graduated with a film and history degree from UC Santa Cruz and has been writing about all things entertainment ever since. Her favorite show to analyze is The Bachelor. When she’s not thinking about TV, she enjoys reading and having long conversations with her friends.