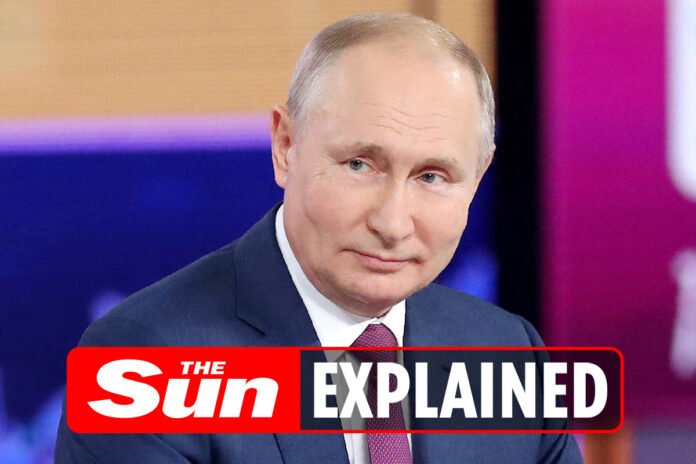 VLADIMIR Putin has established himself as a tough military leader over the years.

Rumours that the Russian President has had numerous procedures in order to improve his image have been going around for years – here are all plastic surgeries Putin might have had.

What plastic surgery has Vladimir Putin had?

Vladimir Putin has denied undergoing any cosmetic procedures to improve his looks.

But the 69-year-old Russian leader appears to have had several over the years, according to a number of cosmetic surgery experts.

Leading UK cosmetic surgeon Gerard Lambe claimed the face of the Russian President displays the tell-tale signs of cosmetic work that helped him maintain his public image as a tough, ruthless leader.

Rumours that Putin is using Botox injections to reduce the appearance of wrinkles on his face started around 2011.

The then Russian Prime Minister showed up to a meeting sporting a massive bruise around his eye.

His spokesman was even forced to issue denials, saying: “It’s probably just how the light fell. The prime minister is tired.”

Russia’s liberal New Times magazine revived the debate a year later in an article titled “What has happened with Putin’s face?”

In the article, four plastic surgeons agreed it was likely that Putin has undergone Botox in his forehead.

The Russian leader also appears to have had fillers put in his cheeks.

Putin’s cheek fillers seemed to emerge right before the 2014 Sochi Olympics and after his divorce from Lyudmila Ocheretnaya, his wife of thirty years.

Dr Lambe of the Reflect Clinic in Manchester said: “Putin’s facial contouring has clearly changed over the years and while our face shape can become thinner with age – his is noticeably wider and plumper.

“This would be largely down to cheek fillers.

“I’d say he’s clearly got a dedicated aesthetic surgeon on his team as these fillers were certainly quite subtle to start.

“In images from years ago he certainly looks much more gaunt and craggy but some work has been done to create a youthful, fuller contour with fillers”

A further procedure the Russian president seems to have undergone is an eye and chin lift.

The eyelift procedure is usually done to remove excess skin from the upper eyelids and reduce bagginess from the lower eyelids, making for a more youthful appearance.

A lift of the skin around the chin serves for the treatment of wrinkles and sagginess.

Dr Lambe added: “I can also see a subtle upper eye lift and quite likely a chin lift – giving him a much more alert and fresher look,”

Patricia Wexler, a plastic surgeon from New York, said: “More and more men in positions of power are coming in for procedures.”

She claims that, in addition to the Botox and fillers in Putin’s face, his “windswept look” could be the result of a fat draft to remove bags from under his formerly sunken eyes.