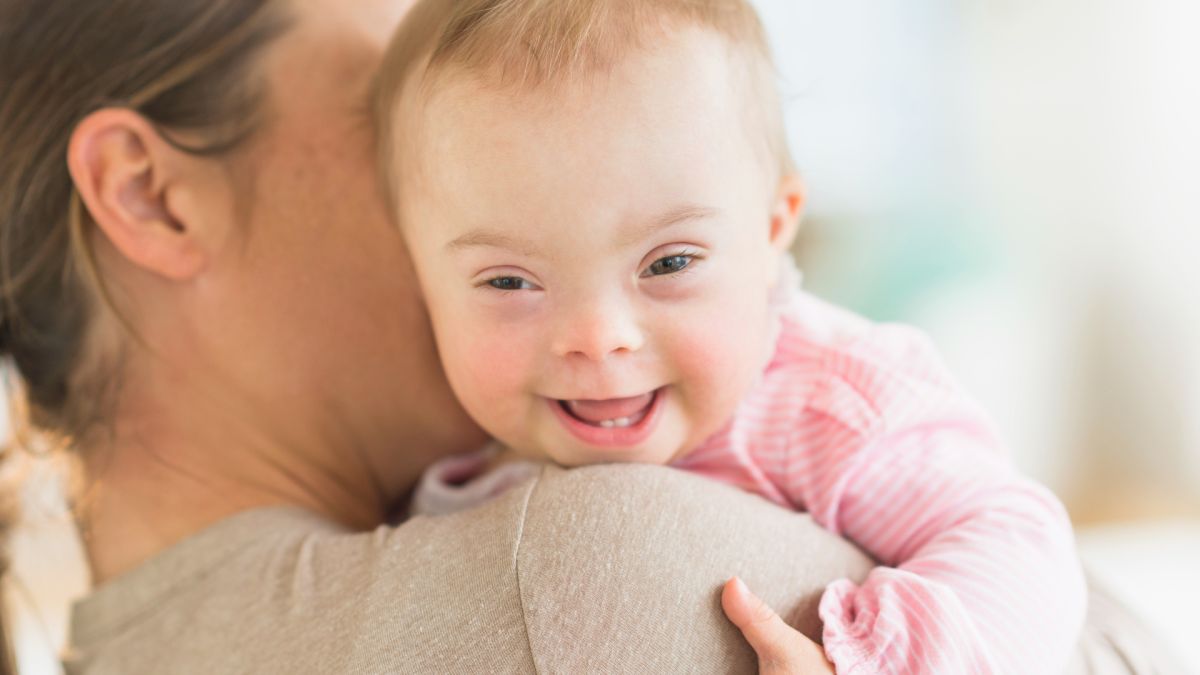 Down syndrome is a condition in which a person has a fully or partially duplicated copy of chromosome 21. (A chromosome is a structure made up of DNA and proteins found in the nucleus of each cell.) Typically, each person has 23 pairs, or 46 total chromosomes. In a person with Down syndrome, there are three copies of chromosome 21 instead of two. This duplication produces a number of effects, including cognitive differences, distinctive facial features and an increased risk of certain health conditions, such as heart problems. The causes of many of these effects are not totally understood.

The condition is named for John Langdon Down, a British doctor who is considered the first to fully describe the condition as a distinct group of characteristics, in 1862, according to the National Down Syndrome Society. Others had described elements of the condition earlier, and descriptions of people who likely had Down syndrome go back much further. In 1959, French doctors Jérôme Lejeune and Marthe Gautier linked the condition with the extra copy of chromosome 21 for the first time.

What are the features of Down syndrome?

People with Down syndrome tend to have distinct facial features. These include a flattened face and bridge of the nose; almond-shaped, upward-slanting eyes with small, white flecks in the irises; small ears; a protruding tongue; and a short neck, according to the CDC. They also tend to be shorter than average, have small hands and feet, and have a single line across their palm, called a palmar crease. According to the Mayo Clinic, people with Down syndrome might also have poor muscle tone and increased flexibility, though these characteristics can vary from person to person.

“People with Down syndrome are different [individual] people; they all have different genetic backgrounds,” said Jeanne Lawrence, a professor of neurology and pediatrics at the University of Massachusetts Chan Medical School. “So, depending on the rest of their genetic background, how that extra chromosome might affect them can vary.”

“One might think that they’re not… understanding things that they are,” she said.

People with Down syndrome are also at risk of having a wide variety of health problems, including heart, gastrointestinal and immune system problems; as well as obesity and sleep apnea. They also have an increased risk of leukemia as a child and dementia as an adult, according to the Mayo Clinic. They also might have a misaligned spine and other health problems. The life expectancy of someone with Down syndrome is about 60 years old with good medical care, according to the Global Down Syndrome Foundation.

How is Down syndrome diagnosed?

Screening tests performed in pregnancy can determine the likelihood that a fetus will have Down syndrome. According to the Mayo Clinic, these tests are done in the first or second trimester of pregnancy and use a combination of blood tests and ultrasound imaging. The blood tests detect levels of proteins and hormones, such as pregnancy-associated plasma protein-A (PAPP-A) and the pregnancy hormone known as human chorionic gonadotropin (hCG). Decreased levels of PAPP-A and increased levels of hCG have been linked with an increased risk of Down syndrome, according to Women & Infants Hospital of Rhode Island. The ultrasound examines a part of the back of the fetus’s neck where the tissue collects more fluid if there is an abnormality, including Down syndrome. These tests are about 80% accurate, according to the National Down Syndrome Society.

Another type of screening test that is increasingly used to test for the risk of a fetus having Down syndrome and other chromosomal disorders is noninvasive prenatal testing (NIPT). This is a type of genetic screening test which examines free-floating DNA in the pregnant person’s bloodstream, called cell-free DNA (cfDNA). At around ten weeks of pregnancy, enough of this is fetal DNA for the test to be accurate. According to a 2016 analysis, this type of test is around 99% accurate for identifying the risk that the fetus has Down syndrome. Still, NIPT is not considered a true diagnostic test because it only identifies an increased or decreased risk of the fetus having the condition.

There are also tests that can deliver a true diagnosis of Down syndrome during pregnancy, which might be recommended if screenings have identified a high risk of the fetus having Down syndrome or another condition. These tests are more invasive than screening tests and carry a very slight risk of miscarriage, according to the Mayo Clinic. Chorionic villus sampling is a method of taking cells from the placenta and performing genetic analysis on them and is usually done between 10 and 13 weeks of pregnancy, according to the Mayo Clinic. In amniocentesis, another type of diagnosis test, a similar genetic analysis is done by taking a sample of amniotic fluid, or the fluid surrounding the fetus. It usually takes place in the second trimester after 15 weeks of pregnancy.

What are the types of Down syndrome?

About 3% of people with Down syndrome have a type called translocation Down syndrome, which happens when the duplicated entire or partial chromosome 21 is stuck (or “translocated”) to another chromosome.

Is Down syndrome inherited?

Even though Down syndrome is a genetic condition, meaning it results from a genetic abnormality, in most cases, the duplication of chromosome 21 seems to be an entirely spontaneous event and is not inherited from the parents. In other words, it’s “luck of the draw,” Lawrence said.

This is true of trisomy 21, and mosaic trisomy 21.

What is the treatment for Down syndrome?

There is currently no all-encompassing treatment for Down syndrome. Rather, different symptoms and elements of the condition are treated in different ways, Lawrence said. According to the Mayo Clinic, early intervention for children with Down syndrome can make a big difference in improving their quality of life. These interventions might include speech, physical and occupational therapy. A child with Down syndrome will likely see a variety of specialists to help keep them healthy and address medical problems, such as a pediatric cardiologist; neurologist; ophthalmologist; ear, nose, and throat doctor; and others. Though heart defects are more common in children with Down syndrome, the surgeries performed to correct them are not different from those used for people without Down syndrome, Lawrence said.

Intellectual disabilities will affect schooling, and some parents choose to send their children to special schools to better meet their children’s needs. However, many children with Down syndrome attend typical private and public schools. Many people with Down syndrome graduate high school, and some complete postsecondary education. Many go on to have jobs, and some live independently, but many people with the condition require some form of extra support their entire lives, according to the Global Down Syndrome Foundation.

Because Down syndrome involves the genes of an entire chromosome, the causes of the wide variety of characteristics and health effects associated with the condition are not well understood. The research in Lawrence’s lab at UMass Chan Medical School is focused on employing a method to “silence” certain chromosomes to potentially deactivate the extra copy of chromosome 21. Other genetic conditions involve mutations which affect only a single gene, said Lawrence, making it easier for scientists to figure out which proteins the mutation affects and enabling them to develop drugs to address the condition’s biological impact. But with Down syndrome, all the genetic material on chromosome 21 is duplicated, making it hard to know what is causing all of the features and health risks associated with Down syndrome. Lawrence’s research could help scientists to better understand the genes located on chromosome 21 and why their duplication might cause some of the features of Down syndrome, such as the increased risk heart abnormalities, eyesight problems, gastrointestinal problems, and other health conditions that people with Down syndrome often develop. The method could also potentially be used as a gene therapy to treat the condition, potentially helping to prevent some of the health conditions people with Down syndrome are at risk for later in life, such as early-onset dementia, , though that element of the research is “far-reaching and futuristic,” Lawrence said.

“I’m using this system to sort of turn off … the expression of one chromosome 21, to determine what specifically is affected in those cells,” she said, referring to her lab’s efforts focused on drug development research.

Centers for Disease Control and Prevention. (2021, April 6). Facts about Down syndrome. https://www.cdc.gov/ncbddd/birthdefects/downsyndrome.html

National Down Syndrome Society. (n.d.). What is Down syndrome? Retrieved April 19, 2022, from https://www.ndss.org/about-down-syndrome/down-syndrome

This article is for informational purposes only and is not meant to offer medical advice.