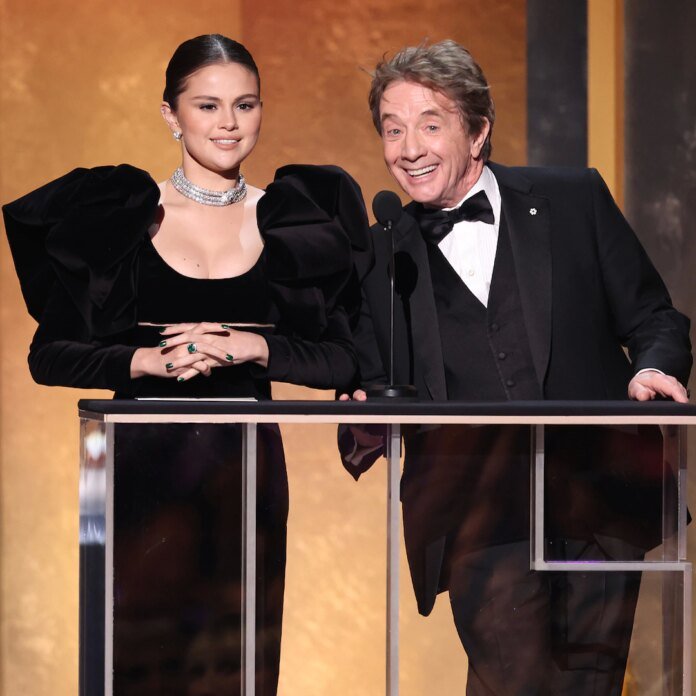 Selena Gomez can hold her own against comedy legend Martin Short. No, we aren’t talking about their show, Only Murders in the Building.

On Sunday, Feb. 27, the co-stars took to the stage at the 2022 SAG Awards to present the award for Outstanding Female Actor in a Supporting Role. Of course, before handing off the Actor to West Side Story‘s Ariana DeBose, Gomez and Short partook in a little back-and-forth.

“Thank you so much. You’re very kind and right,” Short said to the crowd. “Well, here we are, at the Shag Awards, honoring this year’s best performance in adult films.”

With a deadpan tone, the Wizards of Waverly Place alum jumped in and noted, “All right. It’s the SAG Awards.”

The banter continued, with Gomez feigning exhaustion over her co-star’s quips and joking that the Father of the Bride star should leave the audience wanting less. We especially got a chuckle when Short joked that his excitement was “hard to express” as his “Botox is fresh.”

As Short beamed a wide smile, Gomez, playing the straight-man in this bit, responded, “All right… Mine, too.”