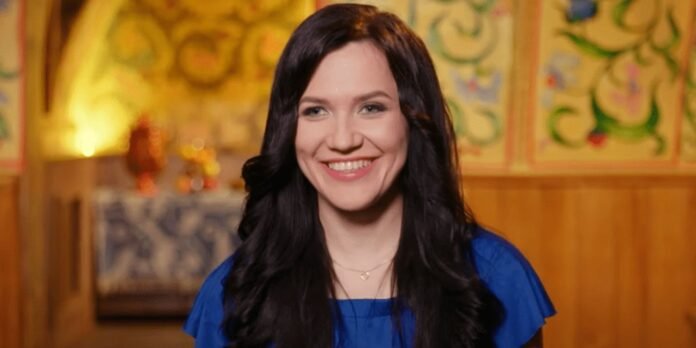 Varya Malina reveals she has been getting Botox since the age of 28. The 90 Day Fiancé star explains why it was the best beauty decision for her.

Former 90 Day Fiancé cast member Varya Malina reveals the reason she has been getting Botox since the age of 28. In May 2021, the Russian reality star first opened up about getting cosmetic procedures because she has genetically loose skin. She told her Instagram followers she could see her future in her mother and pinpoint the “vulnerable” areas on her face. Varya hopes to treat certain areas in an effort to age as naturally and beautifully as possible.

She found the best clinic and a great aesthetician in Pensacola, Florida and got Botox injections on her forehead, nose, and eyes. Varya also opted for a Halo hybrid fractional laser on her neck and chin. Within a few weeks, she showed off a brand new look on Instagram, which surprised many 90 Day Fiancé viewers. Some said Varya looked almost unrecognizable and much younger after undergoing her cosmetic procedures. However, it seemed like Varya stopped using Botox in 2022 because she recently flaunted a no-makeup look with wrinkles on her 33rd birthday.

As it turns out, Varya hasn’t actually given up on Botox. In fact, she loves it because it helps her age slower and prevents early wrinkles. Varya posted a couple of Instagram stories reposted by truecrime_jankie to reveal why she has been getting the injectables for the last five years. She posted the videos from a medical spa called Total Hair & Body Medical in Knoxville, TN and said “I’m so athletic like literally everybody all my life said, like how strong my muscles are.” Varya’s aesthetician explained that her strongest muscles are on her face, which causes a lot of wrinkles. Therefore, the 90 Day Fiancé star gets Botox “to neutralize” those wrinkles.

While many reality personalities avoid talking about their insecurities on camera, Varya openly showed the wrinkles on her forehead and promised Botox would make it look like “an egg” in the next two weeks. She posted a video of the treatment and captioned it “Honestly I started to do Botox at 28 and it was the best decision I have made for my beauty.” While Varya is excited to see her smooth and shiny forehead, many 90 Day Fiancé viewers are curious to know how she is able to afford such beauty treatments, especially when she recently pleaded with her followers to send Geoffrey Paschel money.

Since Varya is honest about her cosmetic procedures, followers would also like to know how she is able to make money in a foreign country. She may not want to discuss her finances on social media. However, it is important information for those who send money to Geoffrey in prison. For now, it is nice to see the 90 Day Fiancé star break the taboo of Botox by sharing her journey.

Next: 90 Day Fiancé: Varya Gets Injured While Camping With Geoffrey’s Family

Neha Nathani is a Reality TV writer at Screen Rant, and she loves it! She has always been passionate about telling and writing stories. But when she isn’t writing, she plays with her cats or tries some new dance moves.