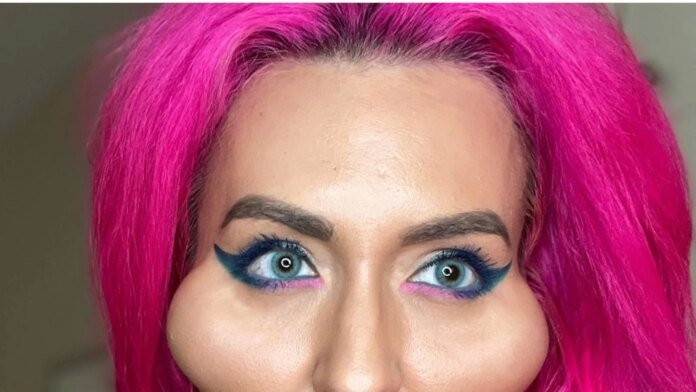 Body transformation, on one side of the coin, always carries a shade of criticism for tampering with the natural features of one body. On the other side, such transformations are a way for people to address the freedom they have in their physical self, resulting in revamped self-confidence.

Aligned with the other side of the coin is 33-year-old Anastasia Pokreshchuk, a model from Ukrainian, who became popular on social media for her unusually big cheeks. The model, who hails from Kyiv, claims to hone the “World’s Biggest Cheeks,” which are of years of surgeries including Botox, lip fillers, liposuction, and veneers.

Anastasia, who is still not satisfied with the modifications, recently went for another surgery to exaggerate her cheeks even more. The Ukrainian model is known for her bizarre surgeries and has reportedly spent more than $2,100, or roughly, Rs. 1.6 lakh, to modify her cheeks, reported LAD Bible.

Anastasia started these trips to the surgeon at the age of 26 and stated that she does not mind if they look weird to people as she loves them. She even shared a transformation picture which received divided reactions. While some said that looked beautiful before, some supported the “changed” Anastasia.

It’s not just the cheeks that have gone under transformation. Multiple elements of Anastasia’s body have gone under the needle, including her teeth. Her teeth are covered with veneers which makes them look “normal.” Here are her teeth without the veneers:

Although Anastasia has undergone quite a few modifications on her face, she is resistant to modifying her body too much. In one of the interactions with her fans on social media, Anastasia said that she wants to get breast implants but she does not want to modify her buttocks.

[Get it Beauty Self] Sulli's Super Defence Skin Treatment