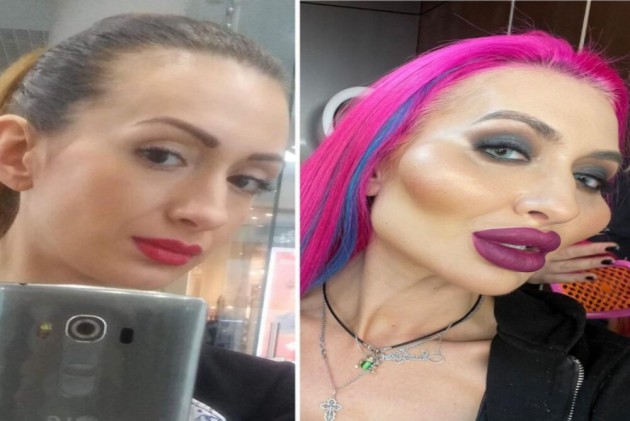 Anastasia Pokreshchuk, a Ukrainian model who apparently has the world’s biggest cheeks has recently posted a picture on her social media handle which shows how she used to look before undergoing several face-altering cosmetic surgeries. According to reports, she was 26 when she got her first face filler.

Pokreshchuk, 32,  is popular around the world for her protruding cheeks and enlarged lips which according to reports are the result of several cosmetic surgeries and procedures, including facial fillers and botox injections.

The Ukrainian model has spent spending over $2,100  (approximately âÂÂ¹ 1.5 lakh) over the last six years to gain the unique appearance she has today. She recently shared one of her old pictures before the transformation in which she looks completely different. “Transformation – 26 and 32. Who will you choose”, she said captioning the picture.

“After I had the injections and saw the changes in my cheeks, I fell in love with them,” she was quoted as saying, adding that she has lost count of the number of procedures she has had. I understand that they look weird for other people but I don’t mind”, shared Anastasia.