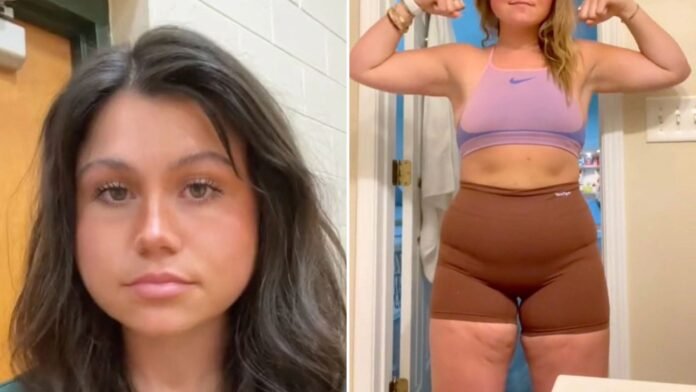 A WOMAN says she is being trolled online for her chubby cheeks despite losing a huge amount of weight.

Josie Holmes, 23, regularly posts gym snaps on social media after changing her lifestyle she and losing an incredible 12 stone, but cruel trolls still slide into her comments and taunt her saying she now has a ‘giant face’.

The social media creator and personal trainer from South Carolina claps back at the remarks, but says it has taken her a long time to learn to ignore the comments.

Struggling with her self esteem, Josie turned her life around after being told by a doctor her weight was going to cause complications to her heart.

Josie explains: “The comments people made confused me, I had lost weight even though I still had chubby cheeks but I loved them.

“People would make comments all the time saying all sorts of things, telling me to get Botox, fat removal, that I’m so pretty but my cheeks aren’t. 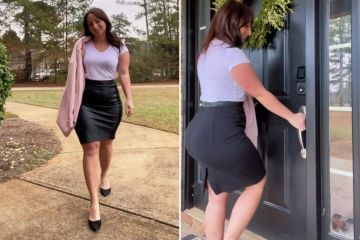 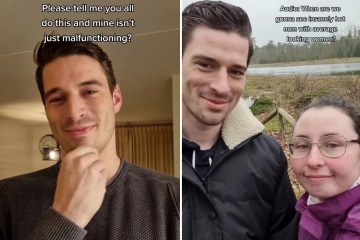 “They would call me chubby cheeks, Glen Quagmire from Family Guy and all sorts, but it didn’t hurt my feelings.

“Apparently it’s a new trend to get a procedure called buccal fat removal, something I hadn’t even heard of before.”

Buccal fat removal is the removal of a piece of buccal fat-pad tissue from each side of the face in order to reduce the appearance of cheek puffiness, and show more of the bone structure in the face.

She adds: “As soon as I had posted my video, this trend started popping up all over TikTok. It was weird that it started to trend when I put out my video. I don’t know if my video had anything to do with it and bumped the trend but it was immediately after.

“I’m not concerned about my face and it doesn’t bother me, I have so many other things I can be concerned and worried about.

“A lot of people that comment on my videos seem to be very insecure or they’re trying to push something for a like or comment and so it’s not aimed towards me.

“I make TikTok videos about my weight loss and self confidence journey and also post transformations of my face and that’s when I get lots of feedback because people were mocking me.

“I then made another video and the same viewers came back and said the same thing. I then made one more and they were going crazy. In two weeks two million likes of people hating my face.

“When it first started I was freaking out and I thought I should maybe delete it, but any type of interaction is good interaction, so I stopped reading the comments.

“It got to the point where I didn’t care as they were all the same kinds of comments and I built a thick skin, however at first it would bother me a lot.

Making some life changing habits, Josie has now found a love for bodybuilding and is putting herself forward for bodybuilding competitions in the future, as well as becoming a PT and writing a recipe book to help people with nutrition advice.

She adds: “My weight loss was life changing. I gained a lot of weight in college and I had a lot of health complications and heart issues.

“When I started losing weight it changed my life. I’m now even going to do body building competition. I am a lot more confident about myself and I’m also nicer to others as well.

“I was always scared of what people were thinking of me and now I can use my platform to show that there’s more to weight loss than looking good. It’s also a change in mentality and it’s changed my perception of the world.

“It started off by being scared by a doctor and forced me to change. It started out with a lot of cardio and walking and turned into powerlifting and being obsessed with a healthy lifestyle and eating better.

“Then I turned to weightlifting and I became a little obsessed. I grew up in an area where people didn’t understand nutrition, so I studied to be a personal trainer in order to know what to do for myself, my passion then turned into powerlifting and now bodybuilding and all of a sudden it snowballed quickly.

“Being healthy is different to being strong and now I want to help people.”