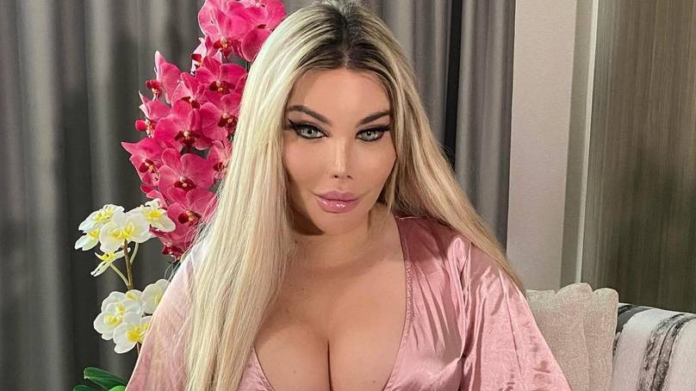 Jessica Alves – the plastic surgery star previously known best as the ‘human Ken Doll’ – has opened up about her recent gender reassignment surgery.

The 37-year-old has famously undergone a slew of cosmetic procedures since she was 17-years-old, spending a whopping $1 million on the surgeries.

Speaking on the British TV program This Morning, the former Big Brother star opened up about the Penile-Peritoneal Vaginoplasty surgery that took place in Kamol Cosmetic Hospital in Bangkok, Thailand, which cost around $24,000.

Speaking to hosts Holly Willoughby and Phillip Schofield, Alves said that she looks at her new ‘self-lubricating’ vagina ‘all the time’ and can’t wait to have sex.

“The aesthetics of my vagina is exactly the same as a biological vagina. I look at it all the time,” she said.

“In three months’ time it’s going to behave in the same way as a biological vagina; it’s elastic and it self-lubricates as well.”

Alves, who began transitioning to a woman at the start of last year, also became emotional during the interview, saying that at 37, she finally feels that she can now begin a new life.

“I’ve done more than 400 television shows as a man and will continue as a woman.”

She added that she hopes to undertake two more procedures to complete her transition, saying: “I’m not happy with my breasts, I have to change my implants and a few other things. There’s one thing I want to say, being a woman feels amazing.”

In a recent Instagram post, Jessica said it has been one year and three months since she ‘chose to be herself and happy’.

“I chose freedom, happiness, honesty with myself and now in 2021 I couldn’t be any happier,” she said.

Alves was born Rodrigo Alves, and shot to fame after being dubbed ‘the human Ken Doll’.

However, she later revealed that she planned to transition to a woman. She used an appearance on a British breakfast show to explain she was ‘never Ken’ but was always ‘Barbie’.

“I was very unhappy and I either had the transition or die. It was one or the other,” she said.

“I still need two or three more surgeries to complete my transition, and then I swear I will be done with plastic surgery – there is only so much one can take.”

She added that one day she also hoped to become a mother.

“Over the years I have been playing a character and being a man and I tried my best to be a male. After all, I was born in this body as a male.”