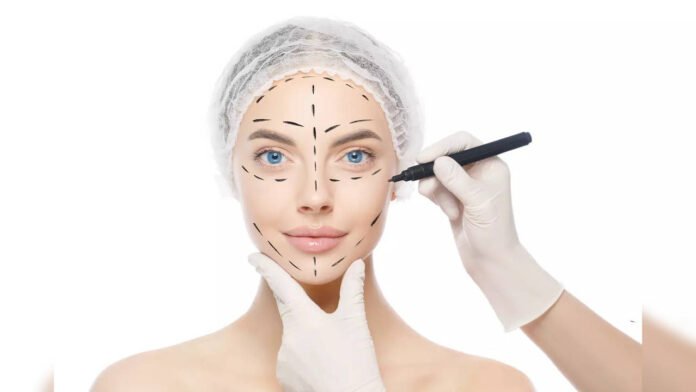 Cosmetic surgery is not without the dangers of going horribly wrong.

Thanks to air-brushed images that we see on social media and the shallowness of quick and easy fame, we – the humans – have become a race that obsesses with superficial looks.

And instead of stopping with just make-ups and prosthetics to alter our appearances, we have now turned to using the medical marvel of to sculpt our looks in the manner and mould that we desire. No wonder then plastic surgery is now known more as .

The goal of cosmetic surgery is to improve a person’s appearance, self-esteem and self-confidence. Cosmetic surgery can be performed on any part of the face and body.

Just look at the legitimately available forms of cosmetic surgeries:

Types of cosmetic surgery For the face

For the skin all over:

Sadly, most people overuse this tool that promises to bring lasting and dramatic changes to their outside appearance, without stopping to understand how these changes might affect them on the inside.

Katie Price and her excessive lifts and surgeries:

Award-winning medical director Alex Karidis told the Daily Star he would never recommend any of his clients to have the same number of operations that the former glamour model Katie Price has had done, and urged the mum-of-five to rest properly and give her body time to heal. Price has become notoriously known for going under the knife and recently underwent a cosmetic eye and brow lift as well as another to increase the size of her bust reports the UK website Daily Star.

Dr Alex Karidis, who isn’t Katie’s doctor and has never treated her, said: “The more operations you have, ultimately the more stressful it can be for the body.”

Katie Price has had three facelifts by the age of 43, reports the Daily Star. Emma Wilson reports in Mirror (UK) that Katie Price has gone under the knife multiple times in her quest to find perfection, and recently underwent a £10,000 facelift after flying to Belgium for a brow lift and chin liposuction, followed by her biggest boob job yet.

Are there any complications in cosmetic surgery?

Dr Niti Khunger, Department of Dermatology, VM Medical College and Safdarjang Hospital, New Delhi writes in her research paper that “… with the rise in numbers and longer follow-up periods, we are more frequently seeing complications, particularly with soft tissue fillers.”

Famous failures, damage, and even deaths due to cosmetic surgery:

UK daily Guardian reports that many women have suffered serious harm after seeking to enhance their appearance cosmetically.

It cites the case of businesswoman Penny Johnson who sued a cosmetic surgeon for £54m after her partial facelift in Leeds in 2003 allegedly left her with a facial twitch, pain around her right eye and grimacing.

Another famous case in the UK is that of alleged negligence involving cosmetic surgery done on Denise Hendry, wife of Scotland footballer Colin Hendry. Ms Hendry almost died in 2002 after the liposuction she had at the Broughton Park hospital in Preston went badly wrong.

Former Miss Argentina Solange Magnano, 38, and a mother of two died in Buenos Aires after a legal operation believed to have involved buttock implants and injections. Her friend, the fashion designer Roberto Piazza, said: “A woman who had everything lost her life to have a slightly firmer behind.”

Supermodel Linda Evangelista claims that she’s “permanently deformed” after a cosmetic procedure went wrong. The legendary model told People magazine that she has developed paradoxical adipose hyperplasia, a rare adverse effect of a popular body slimming procedure: “I have been left, as the media has described, ‘unrecognizable.'” She hid from the public gaze for five years before coming out to share her pain, remorse, and warn others of the pitfalls.

Disclaimer: Tips and suggestions mentioned in the article are for general information purposes only and should not be construed as professional medical advice. Always consult your doctor or a dietician before starting any fitness programme or making any changes to your diet.