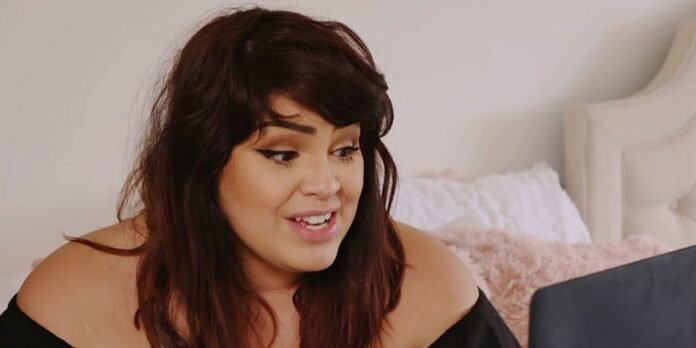 After her 80-pound weight loss, Tiffany Franco is getting more cosmetic treatments, which the 90 Day Fiancé cast member is revealing on Instagram.

Tiffany Franco from 90 Day Fiancé revealed which cosmetic treatments she’s been getting after her weight loss. The new and improved Tiffany, who’s lost over 80 pounds of weight since getting her gastric sleeve surgery in June 2021, is all set to make a comeback via 90 Day: The Single Life. Tiffany from Maryland first starred in 90 Day Fiancé: The Other Way season 1 with Ronald Smith, her husband from South Africa. Over the years and seasons, Tiffany and Ronald have split as many as three times, with him even claiming to have filed for divorce. Ronald even showed off his new girlfriend on Instagram in November 2021.

But Tiffany and Ronald have hinted at coming back together since the start of this year. This doesn’t explain Tiffany being on 90 Day: The Single Life or someone recently coming across her profile on Tinder. In all likeliness, Tiffany may have broken up with Ronald again, which doesn’t really surprise fans. However, what does surprise 90 Day Fiancé viewers is Tiffany’s dramatic body transformation. Tiffany has been on a weight loss spree ever since she gave birth to a baby daughter with Ronald in July 2019. In July, Tiffany shared she was just 18 pounds away from her goal weight.

Related: Why 90 Day Fiancé’s Tiffany’s Before & After Weight Loss Pics Get Love

After reaching 190 pounds, Tiffany knew she would be getting multiple plastic surgery and cosmetic treatments as a part of her upcoming mommy makeover. It’s possible that Tiffany has finally achieved her dream body because, in her latest Instagram Stories, she shared a video of herself from a doctor’s clinic. Tiffany tagged her plastic surgeon, who is a body contour and after weight loss expert. Tiffany asked her fans to go follow the doctor. 90 Day Fiancé star Tiffany wrote that there are going to be some “pretty crazy” before and after photos “sometime this year” and she would love for her followers to tune in.

In the video, Tiffany was seen getting Botox between her eyebrows. She confessed that this wasn’t her first time getting Botox. Tiffany got Botox two years ago. This time around, she just wanted to “refresh” her face, so she got a little bit of it injected into her forehead and in the eyebrow area. “Nothing too crazy,” Tiffany confessed. In the future, she is thinking of getting several procedures such as Brachioplasty or the arm lift, which treats sagging underarms by removing any excess skin and fat from between the armpit and below. Young reality TV mom Tiffany will also be getting a breast lift with fat transfer. A 360 tummy tuck and a thigh lift with liposuction are also on the cards for her.

There seems to have been no new weight loss updates from Tiffany as she awaits her debut in 90 Day: The Single Life season 3. With two episodes having already aired, Tiffany has yet to make an appearance on The Single Life. It will be the first time that she will be seen on TLC after her weight loss makeover. The last time that Tiffany was on TV was during the 90 Day Fiancé: Happily Ever After? season 6 Tell-All. Back then on the 90 Day Fiancé spin-off, Tiffany used to weigh almost 300 pounds.