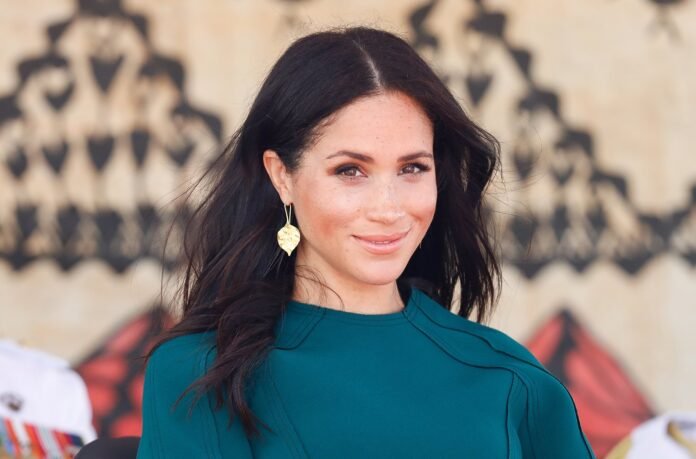 Katharine McPhee Foster posted a throwback photo of herself and Meghan Markle from when the pair used to star in shows together as children, and while some found the picture sweet, others wondered if Markle had gotten plastic surgery since her early days in the spotlight.

Followers Accuse Meghan Of Getting A Nose Job

“Meghan and I did musicals together as kids,” Foster captioned a photo of the two actresses beaming. “She grew up to be the Duchess of Sussex and I grew up to star on the West End, so same life if you ask me.”

The comments section was quickly flooded with accusations of plastic surgery—one of many rumors that Markle has been hounded with for years. “Wonderful what money can do to change your looks,” one person wrote. Another commented, “Meghan’s nose is extremely different today. Too obvious.”

Many have hypothesized that Markle got a nose job before beginning her career in Hollywood, but it’s hard to tell. People point to the fact that Markle’s nose appears wider in early photos, but the Duchess of Sussex’s nose seems to naturally flare when she smiles.

Additionally, Markle is much younger in the photos people use as “evidence” of her nose job. Her face is rounder than it is now, and any changes over the years could have changed the way her nose looks. Obviously, we don’t know either way, but it seems unlikely the duchess got a nose job.

Foster Also Got Blasted In The Comments

The duchess wasn’t the only one getting heat in the comment section. “Both of them had mediocre ‘careers’ on the fringes of Hollywood,” one person wrote. “But just goes to show that anyone can plastic surgery their way to marrying very rich men.”

Another commented, “Wow how embarrassing to share of photo that shows how much work the pair of them have had done.” Followers accused Foster of getting a nose job, too: “You both got great nose jobs!”

Foster has previously hit back at the people accusing her of getting plastic surgery. In 2019, Perez Hilton tweeted, “Did Meghan Markle and Katharine McPhee go to the same plastic surgeon to give them nose jobs? Or is it just my overactive brain? Natural or nah?”

The actress responded, “I was unaware your brain was even active.” Some pointed out that it wasn’t an actual denial of plastic surgery, but most assume neither Foster nor Markle has gone under the knife. The rumors of Markle’s nose job are just another way for those who dislike the duchess to continue hounding her in the press.