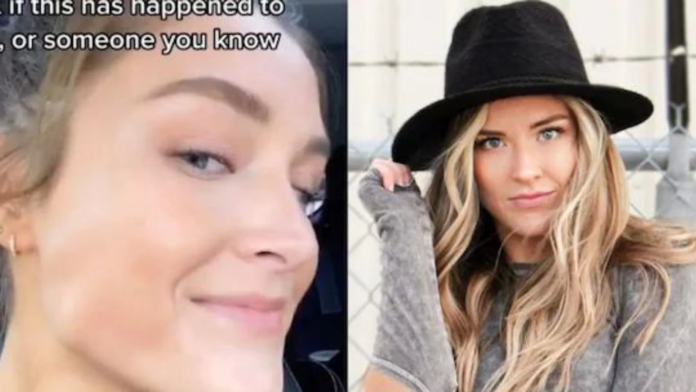 She asked the attendant about where she could possibly inject the Botox.

Sharing her ordeal in a TikTok video, Lexie revealed that the place where she went to take the Botox offered her a package deal.

Beauty treatments can go horribly wrong and this American woman from a recent viral video has learned this fact the hard way. 21-year-old Lexie Byers, who is a popular TikTok content creator, recently took Botox in her forehead after hearing about the benefits of the injection in handling headaches. However, things did not turn out the way she expected them to and Lexie was left with a distorted face. Sharing her ordeal in a TikTok video, Lexie revealed that the place where she went to take the Botox offered her a package deal.

Lexie was not able to use all the doses and she was left with at least twenty units after taking Botox in her forehead. Unable to share it with anyone else or save it for later appointments, she decided to get then injected at other spots of her face.

She asked the attendant about where she could possibly inject the Botox. Lexie was suggested to have the remaining units in her masseter muscle (the jaw) which could prevent her teeth from grinding at night and make her face look slimmer. Lexie bought the idea and got Botox injected into her jaws.

However, the results turned out to be a nightmare for her. “Now when I clench my jaw I have gills,” Lexie said while showing her jaws to the camera.

Asking if something like this happened to anyone else, Lexie said that she was concerned if the effects of Botox on her jaw will ever go away. But to her respite, many users assured her that the jaws will be back to normal in a few days.

“I work at a medical spa, that means you need a little more!! Lol that’s not uncommon!!” wrote a user reacting to Lexie’s video.