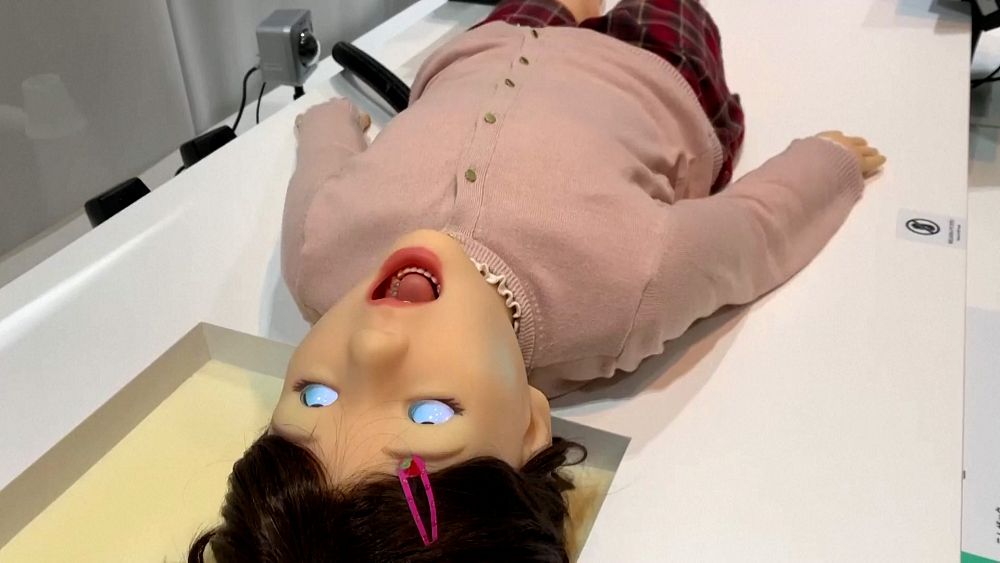 A child-sized doll screams and rolls its eyes as it lays on a table while engineer Hiroki Takimoto looks on calmly.

But is no child’s toy. The doll is a humanoid robot that can mimic critical medical symptoms designed to train dental workers.

Co-developed by Japanese robotics startup Tmsuk and a local dental school, the robot, named the Pedia_Roid, was designed to simulate a child’s response when receiving dental treatment, including changes to its medical condition.

Using a tablet programmed with different medical conditions, the user is able to send signals to air cylinders installed within the robot’s joints that move different parts of its body in order to display physical reactions and facial expressions.

Director of Tmsuk’s engineering division Yusuke Ishii said the robot was developed due to the lack of clinical dental training to treat children.

“It is difficult to get experience in paediatric dentistry because there are no opportunities to practise,” he explained.

In addition, there is the risk that children will move wildly because with children, when their medical condition suddenly worsens, it’s hard for them to express that situation. So it is necessary to have the experience and knowledge to monitor and treat the patients,” Ishii told Reuters.

Currently retailing at a hefty price tag of about 25 million Japanese yen (€185,000), Tmsuk hopes to develop the hyper-realistic robot further so that people from other childcare industries can use it to train for different kinds of emergency situations.

For more on this story, watch the video in the media player above.