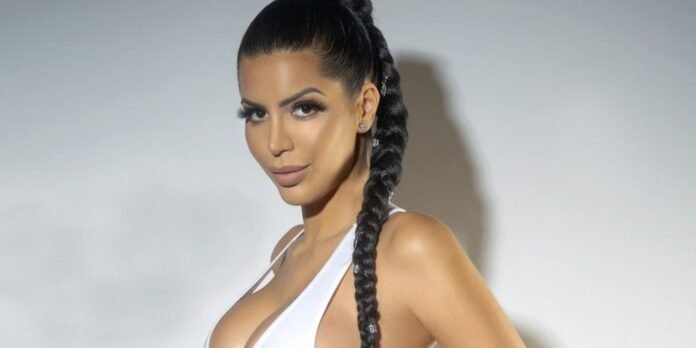 90 Day Fiancé stars are honest and transparent about the procedures they’ve received. Find out whose been under the knife multiple times.

The 90 Day Fiancé stars got the fame they may never have imagined, and with that, there comes a huge amount of scrutiny on their life, their behavior, and of course their looks. With this newfound celebrity status that they have garnered from the franchise and its spin-offs, many of these stars have resorted to plastic surgery in a bid to always look their best. Being in the public eye can be unnerving and take a hit at a person’s self-esteem, hence why some of them may be getting excessive silicone, botox, or fillers.

Some did admit to having plastic surgery even before they were famous like Paola Mayfield, who had a breast augmentation in Colombia but later regretted it, especially when she got pregnant with her son Axel. The other side of the coin could be that they simply enjoy plastic surgery and how it makes them feel. If they have had good experiences, then that is probably why they keep going back for more. However, too much of a good thing can end up being a bad thing. But these 90 Day Fiancé stars have gotten comfortable with the plastic surgeon and probably will be getting more procedures done in the future.

Brittany Banks is one of the most beautiful women to ever grace 90 Day Fiancé . She is so beautiful, in fact, that her ex-boyfriend Azan was willing to risk it all to be with her. Plastic surgery has long been portrayed as a bad thing, but it can help people in so many ways. According to In Touch Brittany got a “breast lift, implant exchange, scar revision, and an internal mesh bra.” She documented her recovery process on her Instagram in a bid to inform others who may be considering the same. It may seem as though Brittany could become a plastic surgeon addict with the number of procedures she has gotten, given that she is no stranger to plastic surgery.

Brittany shared that, when she was younger, her natural F-cup breasts caused her a lot of back pain. She said, “As soon as I turned of age, I had to get an emergency reduction because of the unbearable back pain.” However, the doctor she went to botched the procedure and left her breasts too small. Five years later, she decided to get breast implants and did cryotherapy and Kenalog to fix the scarring. But her implants started to “bottom out,” hence why she decided to do an internal bra mesh. So, in Brittany’s case, although it may appear that she is hooked on getting procedures done, she is actually a woman who has endured endless amounts of time fixing the mess her first doctor made. It is easy for fans to judge people who choose plastic surgery and assume it is superficial. But if your outside does not match your inside, how can you live a happy life?

When 90 Day Fiancé viewers first met Darcey, she undeniably looked very different. While some say that she has unnecessarily altered her looks, those opinions should not matter. What matters is that she is happy with what she sees in the mirror. Plastic surgery at times can be looked at as some horrible sin that someone has committed to their body, but who are we to say what is wrong and what is right? Many procedures are now regarded as standard. So, if Darcey wants to freshen up her look with botox here or fillers there, it is her choice. Darcey has always been open and honest about her plastic surgery. She has been transparent about her procedures and has not hidden the fact that she would have more work done.

Darcey and Stacey said that they like going to appointments together, so they retain the symmetry that they have as twins. Trolls have tried to attack her for some procedures as they think that it is a bit much, but Darcey does not care, and she will more than likely continue no matter what the haters say, which is the only way to live life. Darcey and her sister Stacey have maintained their looks over the years due to their friendly neighborhood plastic surgeon. In the next few seasons of the show, viewers are sure to see more alterations, whether they like it or not. Despite a lot of fans having a lot to say about Darcey and her surgery, she still looks great as she nears 50 years old. So, whether fans deem her addicted to the knife or not, she is still a beautiful woman.

If there was a crown to give Larissa as 90 Day Fiancé queen of plastic surgery, she would most definitely get it. The gorgeous Brazilian has had over $72,000 worth of work done. It does not seem as though she is done yet though. She has unashamedly embraced her plastic surgery and been honest about it. She has let fans into her procedures and the transparency has informed a lot of fans about surgeries they may not have heard of. Larissa felt the pressure of being in the limelight and shared why she got surgery with Life and Style: “The reason I went under the knife is because, as you know, I have family in Brazil, I have a boyfriend who is 28 years old and I am exposed daily on social media.”

Although her reason may appear to be vain, Larissa is using her looks to make a living on social media, and it has been very profitable for her. Her numerous surgeries have helped her send money back home to her children and even move into a flat of her own. Larissa has continued to inform her followers about her procedures and reputable doctors who will do a good job. In 2019, she had a Kimmy K procedure, and her figure has no doubt helped her get more hits on OnlyFans. A job is a job, and she is investing in herself to make more money. She has done her chin, lips, cheekbones, nose, and botox. Larissa has no regrets about the procedures she has done, and as long as she is cashing her checks, she should pay no mind.

90 Day Fiancé: The Other Way Sneak Peek, Jihoon Still Doesn’t Have a Job

Danai-Nesta loves writing in any form and absolutely everything about it. Nesta believes the human condition is intricate, complex and complicated, writing about it helps her understand this thing called life a little bit better. She love all types of reality tv – if it’s reality tv she’s there!