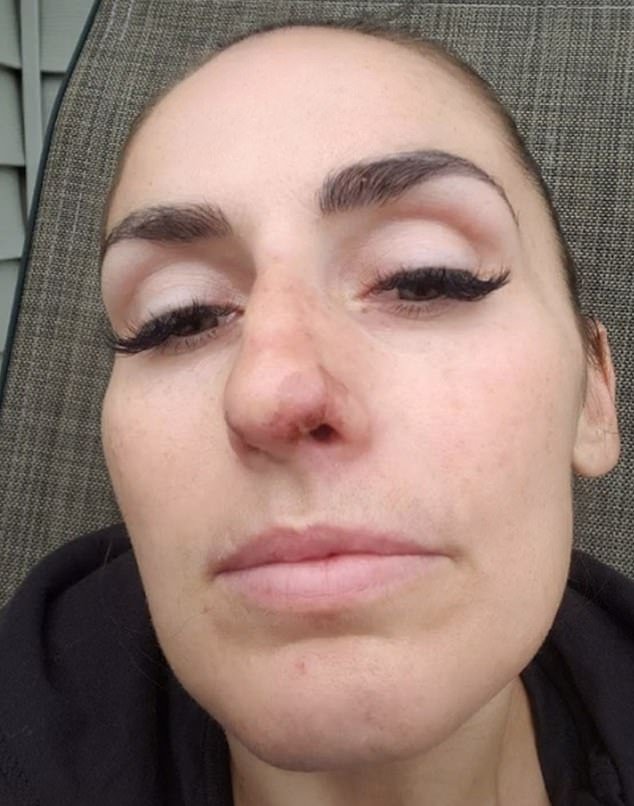 Young women are having gel-filler injected into the very tip of their nose until it points upwards – in a bid to appear more like the cartoon fairy from Disney’s Peter Pan.

The ‘Tinkerbell tip lift’, as clinics call it, costs between £300 and £500 and is widely advertised on social media by cosmetic companies claiming it is a pain-free procedure that can give a ‘refined and feminine look’ in just ten minutes.

But experts say if the gel is injected wrongly, complications can include blindness, blistered skin and entire sections of the nose disintegrating.

‘The very tip of the nose is one of the areas of the face with the highest number of small blood vessels,’ says Dr Tijion Esho, cosmetics doctor and founder of London’s Esho clinic. 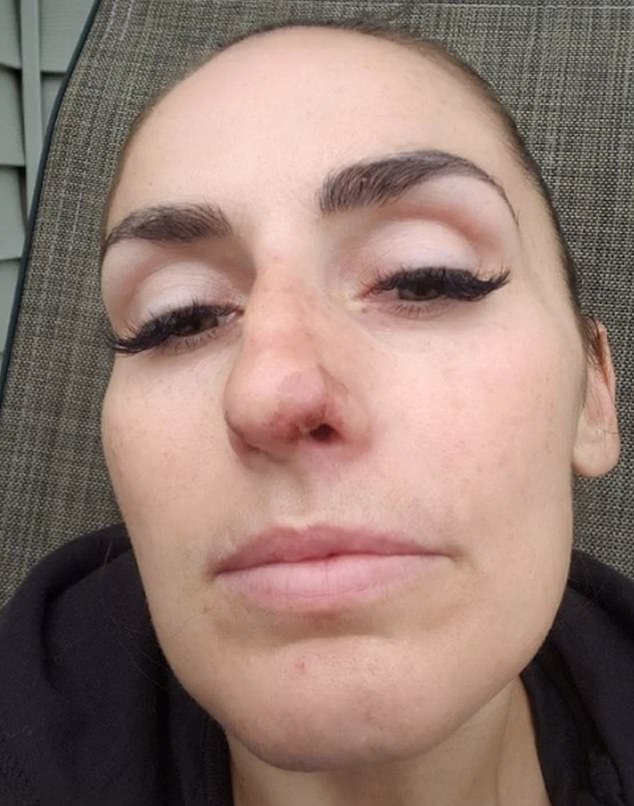 The ‘Tinkerbell tip lift’ costs £300 to £500 and is widely advertised on social media by cosmetic companies claiming it is a pain-free procedure that can give a ‘refined and feminine look’ in just ten minutes. Above, personal trainer Kristin Lynn, with gruesome scabs on the tip of her nose that developed in the days after she had filler injections, when the body tissue started to die due to lack of blood supply, known as necrosis 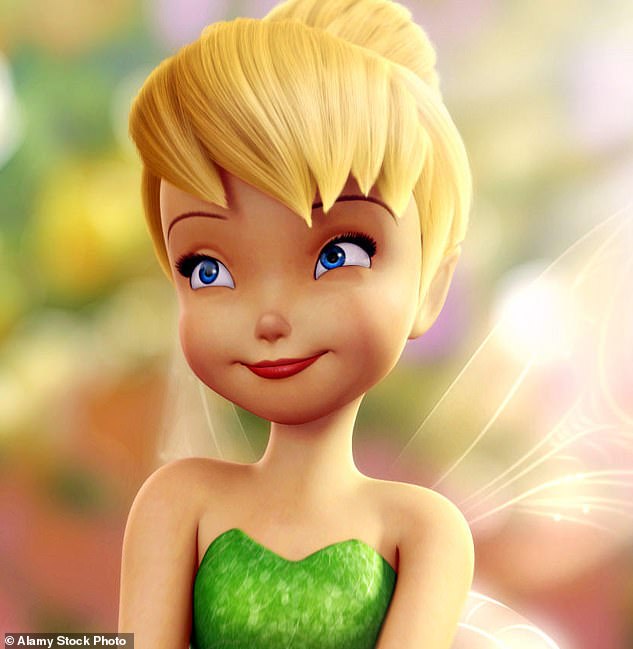 ‘If you inject filler into a blood vessel by mistake, the product blocks the supply of blood and oxygen to the area, potentially causing permanent damage.

‘If this happens in the blood vessel that runs all the way up the nose and up to the eye, the retina at the back of the eye becomes starved of nutrients, leading to blindness.

‘That’s why it’s important the person injecting is medically trained. But I see lots of complications because the area has been overfilled or filler put in the wrong place by an inexperienced practitioner.’

According to UK law, practitioners do not need medical qualifications to inject filler, as it is not a medicine.

And the majority of injectors The Mail on Sunday found were not medical professionals but just beauticians.

But most patients are delighted with the results, according to a therapist at Newcastle clinic Gigi Aesthetics, who says: ‘They’ve seen the noses on Instagram stars and want to look the same but they don’t want surgery.

‘I’ve never had a client who hasn’t loved their Tinkerbell tip lift.’

Last week, figures showed the number of Britons having surgical nose jobs has plummeted from 5,000 a year to 1,300 since 2013.

And experts say this is partly because they are instead opting for non-surgical methods such as filler injections – dubbed ‘liquid nose jobs’.

Non-surgical nose jobs work by injecting tiny amounts of a filler – usually a gel called hyaluronic acid – into various points on the bridge of the nose, after which it is smoothed out.

The Tinkerbell tip lift takes one part of this procedure to extremes, says Dr Esho. He adds: ‘It is standard practice to inject a minuscule amount of filler into the tip of the nose at the end of the treatment, to stop it appearing like it points downwards.

‘But injecting filler into only the tip of the nose is not usually a standalone treatment.’

Dr Paul Banwell, a Harley Street plastic surgeon and an expert in safe aesthetic practice, says: ‘No reputable, professional medical practitioner would perform this treatment. Not only because it gives an unnatural look, but also because there are extensive risks.’

Experts say that the aesthetic has been popularised by face-modifying filters on smartphone apps such as Instagram that digitally tweak and enhance selfies, slimming and upturning the nose and sucking in the cheeks.

Some patients have taken to social media to warn others of the downsides of the Tinkerbell tip lift, having suffered complications.

One, personal trainer Kristin Lynn, posted a video to her TikTok channel showing gruesome scabs on the tip of her nose that developed in the days after she had filler injections, when the body tissue started to die due to lack of blood supply, known as necrosis.

‘I woke up a couple of days later and my nose was swollen,’ she wrote. ‘My eyes were black and blue, my lips were swollen. Then I started to blister, and the skin on my nose started to die.’

Kristin returned to the nurse who had injected the filler, who then administered a drug that dissolved it instantly – but the problem didn’t go away.

‘It took months for this damaged skin to heal,’ she says. ‘The moral of the story is be careful what you inject into your face.’

Some medical cosmetics practitioners say caution should be taken with all non-surgical nose jobs.

‘The nose is the most risky part of the face when it comes to injecting filler, because of the high density of tiny arteries.

‘People think that it is a low-risk alternative to surgery but, considering you need to have top-ups every ten months, the risks of the injections add up over time.

‘You can mitigate some of this by going to an experienced medical professional. But, sadly, most people don’t go to reputable places.

‘We recently had a client who had a tip lift done by a beautician and ended up with a blood-vessel blockage. We had to send her to hospital as she was suffering from necrosis. I hope they were able to save her nose.’

Earlier this year the Government announced plans for tightened regulations on performing non-surgical treatments, but Ministers have yet to produce a timetable or details of enforcement.