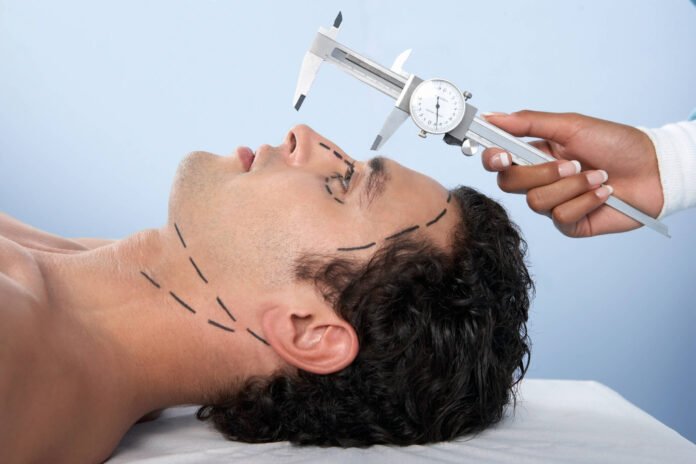 RELATED: ‘WTF happened to your nose?’: This photo of Khloe has fans convinced she has gone under the knife

Why Is Nose Reshaping So Popular?

Nose reshaping, also known as a nose job, is any procedure done on the nose to improve its function or change its shape. This procedure can be recommended to people who have breathing problems or a broken/crooked nose. But most people who get rhinoplasty do it for aesthetic reasons, a.k.a. to have a more visually appealing and conventionally-attractive nose.

Changing the shape of your nose can change pretty much your entire face. The results vary depending on what you want, what your doctor recommends, and your doctor’s skill. A good nose job is one that achieves the look you want without looking fake or unnatural.

Rhinoplasty is a permanent surgical procedure that requires either local or general anesthesia. During the procedure, your doctor will cut through the nostrils or across the nose, reshape the bone and cartilage to your desired look, and stitch you back up. A rhinoplasty in Australia can cost anywhere from $5,000 to upwards of $15,000 (excluding some hospital costs and fees), depending on where you get it and which doctor you pick.

Many celebrities have had nose jobs for one reason or another, perhaps more than you think. Tyra Banks, Lady Gaga, Kim Kardashian, and Bella Hadid are just some of the celebrities who have either confirmed or been rumoured to have gone under the knife.

What Are Non-Surgical Nose Jobs?

But even with their popularity, some people are hesitant to go through the invasive procedure. Enter the non-surgical rhinoplasty, an innovation in the plastic surgery industry that allows you to change the shape of your nose without any cuts, nips, or tucks.

But how does it work? Instead of going under and getting a surgeon to move your actual bone, all it takes is a simple hyaluronic acid injection – the same ingredient found in fillers like Juvederm and Restylane. While temporary, this “liquid rhinoplasty” can dramatically lift and transform the shape of your nose.

The Benefits Of Non-Surgical Rhinoplasty

Non-surgical nose jobs are done using local anesthesia and rarely take more than 15 or 20 minutes. The doctor doesn’t have to make any cuts or open up your skin at all; instead, they inject little amounts of the dermal filler into different parts of your nose to help you achieve the contours you want.

With regular surgical rhinoplasty, you’ll often experience swelling in the first few weeks or even months of the procedure. The average recovery time is around two to three weeks, and you won’t see the full results until much, much later.

In contrast, non-surgical rhinoplasty is an outpatient procedure. Honestly, you could go on your lunch break and be back before your boss gets suspicious! You’ll also be awake during the procedure, and you can see exactly what your nose will look like. This gives you more control and allows you to guide the doctor doing the procedure to get the exact contours you want.

All cosmetic procedures come with risks, but surgical procedures are inherently more risky than non-invasive ones. If you do your research, get a trusted rhinoplasty surgeon, and follow their post-injection care instructions, then there is very little to worry about.

Plus, liquid rhinoplasty is temporary. They usually last anywhere from six months up to two years. While that does mean you’ll need to get regular touch-ups, it also means that you can easily have them reversed if you’re not happy with the results.

Compared to the average nose job cost, non-surgical nose jobs are much cheaper. Expect to shell out anywhere from $500 to a little over a thousand dollars, depending on your doctor and where you live.

Things To Remember If You Want A Nose Job

Celebrity Nose Jobs: Before And After

Getting a nose job is usually a huge commitment, and because of that, tons of men and women alike hesitate to go under the knife. But if you want similar results for less money and less risk, then a non-surgical nose job just might be the answer.