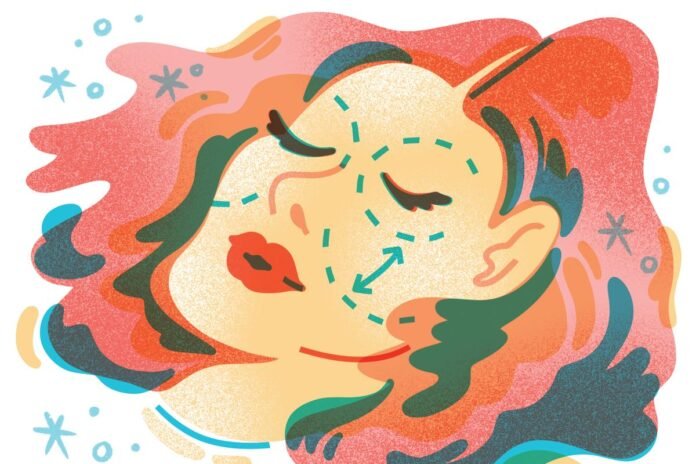 With a virus raging, the economy tanking and the country more divided than ever, what have Americans turned to? Religion, philosophy, social activism? For many people, the answer is cosmetic surgery.

Although it might seem like spending months at home would make people less interested in their appearance, the opposite appears to be true. With so much time for introspection—and the shock of seeing their own flawed images during remote meetings—many have decided that a pandemic is the perfect time to refresh their faces and reshape their bodies.

The surge in procedures caught many plastic surgeons by surprise. When the virus soared last spring, all elective surgeries were shut down. While their offices were closed, plastic surgeons began planning new Covid-19 safety protocols. Still, many wondered if patients would return when the ban was lifted. Sarasota plastic surgeon Dr. Alissa Shulman, president of the board of directors of the Florida Society of Plastic Surgeons, says the mood was “sheer panic” during remote board meetings last March and April.

But when Shulman’s office reopened in May, calls started pouring in. “Everybody seems to be busier,” she says. “I am ridiculously busy.” Shulman, who performs below-the-neck reconstructive and cosmetic surgeries, says, “I am up by 50 percent for cosmetic surgeries, including giant multiple surgeries. Those might include a breast lift, liposuction and tummy tuck, a four- to six-hour-long surgery.”

That rise is occurring nationwide, confirms Dr. Lynn Jeffers, president of the American Society of Plastic Surgeons. “Across the board, our members are indicating an increase in plastic surgery,” she says. That includes invasive and noninvasive procedures.

What’s driving the uptick? “We have a lot of time to sit and reflect,” says Jeffers. “I know I have. And people are saying, ‘It’s time to do something for myself. And I can recover at home. Nobody needs to know.’”

Dr. David Mobley of Sarasota Plastic Surgery agrees. “People are sitting around looking in the mirror,” he says. And they’re not always happy with what they see, especially during remote meetings, where they’re staring at their faces, shot in harsh lighting and from an unflattering angle. “We’re all looking down at the camera,” says Mobley. “Not many people over the age of 20 can do that and be happy with what they see.”

One of Mobley’s patients, a CEO of a major Sarasota company, was leading a Zoom call with her employees when she noticed a strange face in one of the little squares on the screen. As she wondered who that woman with the sagging chin and wrinkled neck was, she realized she was looking at herself. A few weeks later, she had a facelift.

The pandemic has sparked a host of self-improvement projects, from home renovations to body building. Mobley believes it’s not just because people have more time. Deciding to achieve a personal goal, whether that’s mastering bread making or having a tummy tuck, is also a way of dealing with the dislocation and stress of the virus.

“You can’t control the pandemic or your working life,” he says. “It gives you something to control and to feel good about.”

Sarasota’s demographics probably intensify the trend, he adds: “Sarasotans are a resilient group. We have a lot of overachievers, and they don’t let much get in the way.”

Mobley’s business has increased by 10 to 15 percent in recent months. “That may not sound like a lot, but when you are already doing a lot of procedures, it’s substantial,” he says. “This fall was the busiest we have had during my career.”

Facelifts and facial procedures have increased the most at his practice, followed by breast augmentations, liposuction, tummy tucks and eyelid surgeries. Breast lifts are also popular. Noninvasive procedures, like Botox, facial fillers and CoolSculpting, are also on the rise and now comprise 30 percent of their work.

Cosmetic procedures can cost from a few thousand dollars to well over $20,000, and they are not covered by insurance. But while millions of Americans have lost their jobs and are struggling financially, many white-collar workers and retirees—two groups that make up the bulk of cosmetic surgery patients—have more disposable income than ever. They still have their jobs, or stock portfolios, and they’re spending much less on travel, restaurants, shopping and entertainment. They can afford to treat themselves to plastic surgery. Some patients have even told Sarasota doctors they spent their stimulus checks on their procedures.

One of Mobley’s patients, a 58-year-old real estate marketing executive named Audrey (she prefers not to use her last name), funded her lower facelift, facial fat grafting and CO2 laser resurfacing, which all together cost over $20,000, with the proceeds of a property transaction.
“I work hard to exercise and stay in pretty good shape, and I wanted the face to match my body,” she says. Also, she adds, her daughter may get married in the next few years. “I want to look better at the wedding than my ex-husband’s new wife,” she says.

The shutdown provided the ideal opportunity. “I took three sick days to recuperate and then just worked from home,” Audrey says. Although she was swollen, bruised and peeling for almost three weeks, no one at work was the wiser. “We have Zoom conferences a couple of times a week, but no one turns on the camera,” she says.

And because many people are now wearing masks, Audrey was able to go to the grocery store even before she had fully recovered. “It all really fell into place,” she says.

Sandra Day of Neoderm Aesthetics performs a variety of noninvasive skin care treatments. She says neither cost nor the coronavirus is slowing her business.  Despite investing in hospital-grade PPE and equipment, including an air purifier that kills viruses, and scheduling fewer appointments so she can sanitize her treatment room between patients, Day says her bottom line has increased.

“Masks cover a multitude of sins,” she says, and clients are using them to hide the effects of procedures like chemical peels, which used to require several days of downtime. She’s also doing more treatments for chests and hands—both on display during Zoom calls. “We’re not just talking heads during those calls,” she says. “People talk with their hands.”

Many of her clients are also requesting soothing procedures like enzyme facials. “We have been isolating ourselves in so many ways that we’re missing that sense of touch,” she says.

Whatever their age, Day says, “People are yearning for a sense of normalcy. Women on walkers and oxygen are coming to see me. They’ve lost so much—all the arts and activities are shut down. They are not changing this part of their lifestyle.”