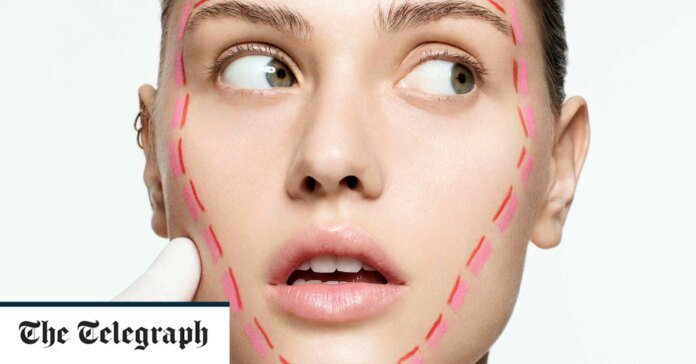 Botox gets a bad rap. The reason? The injectable toxin that freezes expression lines has long been blamed for the overzealous filler ­culture perpetuated by some social media ­influencers who have altered their features beyond recognition.

But if you were to ask any well-regarded cosmetic doctor, they’d say Botox is top notch at preventing lines from forming and keeping them at bay. The toxin that relaxes the muscle beneath the skin was first used to treat double vision and eye squints when it was found by coincidence to have an effect on minimising crow’s feet. Since then it’s been the go-to injectable for softening frown lines, in particular, and can even help to reduce a gummy smile and help with migraines.

Granted, it’s as much about the person wielding the syringe as it is about the solution itself. A skilled injector knows how the mimetic muscles work in synergy with one another – freeze one muscle here and the corresponding muscle over there may over-express to compensate. It’s a tricky art that takes experience to deliver the most natural-looking results. The theory is, find a good skin doctor and wrinkles won’t stand a chance of overdeveloping.

Except, relying on Botox as your core cosmetic treatment is not as wise as once thought. It does a fine job of keeping your forehead wrinkle-free, but it won’t do anything for the texture, tone or laxity of your skin, and can inadvertently shine a spotlight on such ageing concerns – a marble smooth forehead against the backdrop of pigmentation, dark circles and droopy jowls is a recipe for looking “done” not young.

The new thinking is that too much too often can make you Botox resistant. Worse still, over-injecting botulinum toxin can cause muscle atrophy, whereby the muscle wastes and thins from underuse. Eek. “If you overdo Botox the muscles will shrink, and as time goes on the toxin is less and less effective,” says Dr Krystyna Wilczynski, a cosmetic dentist and aesthetic doctor. “Botox is akin to scaffolding; a little bit is good to maintain the structure, but to age well you also need to treat the skin that sits on top of the muscle with bio-stimulating injectables such as Profhilo which moisturise and rejuvenate, along with tightening treatments to boost collagen and elastin, so that when the Botox wears off, it’s not catastrophic.”

Dr Joney De Souza urges restraint in the use of Botox. “The so-called ‘­preventative Botox’, a popular treatment with younger people, should not be performed in less than six-month intervals,” he warns. A preferable alternative, he says, is to have “baby Botox” where lower doses of Botox are used to relax the muscles of the upper face, while preserving some muscle activity. “Baby Botox not only looks more ­natural, but it also preserves some of the muscle volume by not completely halting movement,” he says.

Dr Depti Kolli at Dr Sebagh Clinic agrees it’s better to have less injected every three to six months, depending on how your body metabolises the toxin, than a large dose at once. “Some patients want to top up every six weeks to prevent wrinkles from reappearing, but this is when you can become resistant and it ceases to work,” she says.

Laser specialist Debbie Thomas has dialled down her own injectables since having a new hybrid of HIFU (high intensity frequency ultrasound) and radio­frequency. “Lasers are amazing at improving the quality of the skin’s colour and texture and are particularly good at reducing conditions like acne and rosacea, but they’ve never been able to improve the structure of the face, which is where fillers and Botox come in.

“I was having Botox and fillers every seven to nine months, until I tried Focus Dual, a new machine that delivers HIFU and radiofrequency with microneedling. Now I barely need injectables,” says Thomas, who stresses that Botox cannot address the health of the skin or truly lift the face in the way that powerful energy modalities can.

“Botox is like a plaster. It temporarily stops lines from forming but as soon as you stop using it they return, unlike energy which continues to work long after you’ve had treatment,” she explains. Whereas HIFU has long been effective at firming and radiofrequency at tightening the skin, Focus Dual, says Thomas has combined both, without the risk of losing fat (aka volume), a ­previous potential downside to older technologies of the same ilk.

“Traditional HIFU targets the lower levels of the skin in one solid line of energy, creating a big trauma in a small area. Though the trauma prompts the cells into a healing action, it carries a greater risk of destroying fat in the ­process, which is not what we want as we get older. This new hybrid technology delivers micro dots of energy, making it safer and better at firming and tightening without losing facial volume in the process.”

With Focus Dual, the radiofrequency can be used to tighten skin and reduce fine lines around the face and eyes, like Botox can – except for deep frown lines for which it is still the best protocol. Whereas HIFU targets the deep layers to firm and lift. “Machines like these significantly reduce the need for injectables and, unlike filler, energy treatments will only tighten and lift the anatomy you’ve got; it’s not capable of reconstructing your facial features,” explains Thomas who believes it’s these advancements in technology that will allow us to exude a youthful skin texture and maintain facial structure way into our 70s, without looking odd.

For those who’ve been over-­Botoxing, Dr Wilczynski recommends focussing on skin-boosting injectables that deliver hyaluronic acid to the surface of the skin, a natural moisture magnet that diminishes with age, particularly leading up to the menopause. “I see patients who have Botox every three months but neglect other signs of ageing. Their skin is constantly dehydrated and the ­muscles where they’ve over-injected have shrunk,” she says.

In this case, Dr Wilczynski suggests pausing Botox and moving on to ­Profhilo and other skin boosters such as Nucleofill, along with lifting techniques like injectable threads. “If you want to age well you have to be willing to invest in the totality of your skin health, not just in anti-­wrinkle injections – these will only take you so far, and can be counterproductive if over-used,” she adds.

There are, however, some instances where muscle atrophy is welcomed, says Dr De Souza. “Muscle atrophy ­following Botox injections can ­sometimes be a desirable occurrence, demonstrated in many scientific ­studies, such as in the treatment of teeth grinding (bruxism) by injecting Botox in the masseter muscle.

“This same treatment is also used with the aesthetic aim of reducing muscle size for ‘slimming’ the face or making it appear less squared. The average muscle size reduction is 30 per cent.”

But such deliberate muscle atrophy can also have undesirable outcomes. “One example is the treatment of the temple muscles for migraines. The reduction or atrophy of these muscles may result in the hollowing of the temples, making the face look skeletonised, one of the signs of ageing,” he warns.

Botox, when performed well, is still considered the gold standard for treating deep frown lines in particular. “I personally haven’t found fewer people are turning to Botox, quite the contrary,” says Dr David Jack who’s been vocal about using low doses of Botox.

“The patients I see are apprehensive about an unnatural appearance and don’t want to look like they have had anything done. Some prefer the idea of laser-based, non-injectable treatments, or indeed biostimulator treatments such as Profhilo and Nucleofill, but most patients still require a little Botox,” says Dr Jack.

As technology continues to advance, ageing gracefully is now easier than ever – and yet, more confusing. I’d argue that “a little” Botox can work wonders, but the art of ageing well isn’t found in a syringe. Alas, like all good things, the secret lies in a holistic approach that tackles premature ageing from all angles starting with good ­skincare and diet. Then, whether it’s Botox or HIFU, one or a few prescriptive cosmetic procedures performed by a qualified expert with an eye for detail can help. If done in moderation.

Focus Dual from Lynton, from £750 for a full face and neck treatment, is available at the Debbie Thomas Clinic and nationwide (lynton.co.uk/prod/focus-dual)