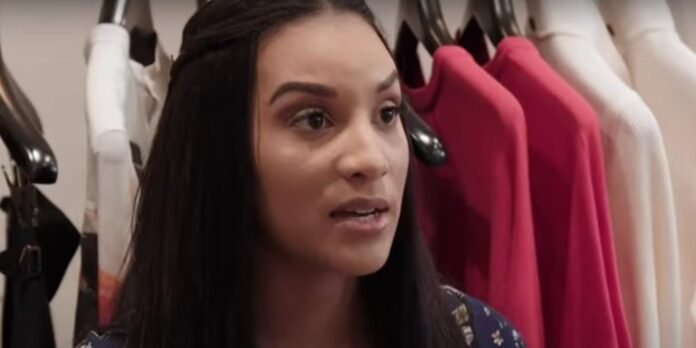 The 90 Day Fiancé franchise has featured many cast members who’ve changed their looks and style dramatically. See the biggest and best now.

The reality show 90 Day Fiancé has been on the air for seven years, and many cast members (and stars of the show’s myriad spinoffs) have become unrecognizable since the franchise launched. From plastic surgery to fillers to simple wardrobe and makeup changes, viewers have watched the reality stars change their looks, sometimes dramatically. The most memorable makeovers by cast members have not always been well-received by fans, although some have received tons of praise on social media.

Larissa Lima spent over $72,000 on plastic surgery and other cosmetic procedures, but certain TLC viewers don’t like the results of the ab surgery that she opted for. They think the procedure made her midsection look bizarre and unnatural. Meanwhile, fans are often perplexed by the many procedures that twins Darcy and Stacy Silva have had. Another cast member who appears unrecognizable is 90 Day Fiancé: The Other Way star Deavan Clegg. While fans blame her altered appearance on photo editing, many are also critical of her extreme lip filler.

Rosemarie Vega quickly became an Internet hero after she dumped her ex-boyfriend, Big Ed Brown on 90 Day Fiancé: Before The 90 Days. Her glow up seemed especially well-deserved after Big Ed insulted her body hair and her bad breath (this was reportedly caused by an ulcer that she hasn’t gotten treatment for). Rose eventually got her ulcer treated, and also debuted a stunning new look in October 2020. The single mom from the Philippines overcame abject poverty to rise to fame on YouTube and Instagram.

Now, she earns money as an Internet personality. She showed off her newfound success with a professional photoshoot. Her hair, makeup, and styling gave her a brand-new look. Fans love seeing Rose looking so radiant, and these days, she really embodies happiness and beauty.

Fan-favorite personality Zied Hakimi has updated his look between appearing on 90 Day Fiancé: Before The 90 Days and 90 Day Fiancé season 8, alongside partner Rebecca Parrott. The kind Tunisian is adored by many fans for his personality, but a number of viewers are also risking the wrath of jealous Rebecca by admitting to a crush on the engaged man. Zied owes his new look to better styling, a haircut, and a trimmed beard. However, viewers do want him to find clothes that fit him a little better.

Season 4 star Chantel Jimeno (née Everett) has always been a beauty. That’s why some fans haven’t noticed the reality star’s glow up while watching The Family Chantel. However, the 30-year-old has transformed herself from a pretty girl next door type to a sultry Instagram influencer since she first appeared on TLC.

Many fans have speculated that Chantel had breast augmentation surgery, though the star vehemently denies that she’s gotten breast implants. She says that her body is all-natural. However, she has admitted to having Botox injections to elevate her appearance. Whatever she’s doing or not doing, she looks fabulous.

Season 7 star Angela Deem unveiled a weight loss glow up that wowed fans. With husband Michael Ilesanmi being 22 years her junior, the older American has sought new ways to look as youthful as possible. Fans followed along as the grandmother lost a significant amount of weight and began to flaunt a slimmed-down figure that boosted her confidence. It also seems likeAngela receives Botox injections to help smooth out wrinkles.

Michael told his wife he liked her the way she was. However, Angela still decided to make changes to her appearance. Hopefully, these changes make her happy and please her husband too. What’s important is that she’s doing what’s right for her.

90 Day Fiancé: Before the 90 Days star David Murphey was considered creepy by a number of viewers due to his obsession with dating a younger Ukrainian woman. However, fans had to hand it to the American when he debuted his current look. He’s rumored to be seeing a new blonde, which may be why David drastically improved his appearance by adding facial hair. Even though his refusal to date an American woman annoyed some viewers, many believe that his current makeover suits his looks better than his old style.

Anfisa Arkhipchenko Nava is one of the most explosive and iconic personalities from the franchise. The season 4 star and ex-wife of Jorge Nava was very open about her former husband, who was believed to have been with her only for her looks. She was with him for his money. Since appearing on the show, Anfisa has had a number of cosmetic procedures.

Anfisa is open about having work done, and the work she’s chosen to have has elevated her look to a whole new level. While some fans feel that reality stars overdo it with plastic surgery, plenty of her followers are impressed with her cosmetic procedure results. Meanwhile, she keeps her body in excellent shape. This fitness model is always working out.

Anfisa wasn’t the only one to enjoy a dazzling glow up. Her ex Jorge Nava did too. Her former husband appeared to be losing a lot of weight when he was sent to jail for 2.5 years for marijuana trafficking, back in September of 2018. Anfisa and Jorge split while he was in jail, but the American emerged earlier than expected, in May of 2020.

Jorge regained his freedom and also revealed a fitter and slimmer frame that impressed fans. He lost a whopping 128 pounds. The ex-con is currently expecting his first child with his girlfriend. Nava has stated that he is has transformed himself, inside and out.

Season 8 star Yara Zaya looks drastically different at 25 than she did as a teenager, as shown in photos from a Ukrainian reality show. Fans have been shocked by Yara’s extreme transformation, though the blonde has vehemently denied having plastic surgery. Yara claims that she has had zero plastic surgery procedures or Botox injection treatments. She told fans that there is no silicone in her body, though she did admit to having lip injections in the past.

Previously, Yara had claimed that she hadn’t gotten injections. Though she affirms that her glamorous looks are all-natural, many fans are skeptical of Yara’s claims. They believe she has had some treatments over the years. In their opinion, there’s no other way to explain how much her appearance has changed.

Next: 90 Day Fiancé: The Most Attractive Couples In Franchise History

Why Tom Holland’s New Movie Is Being Dumped In Theaters