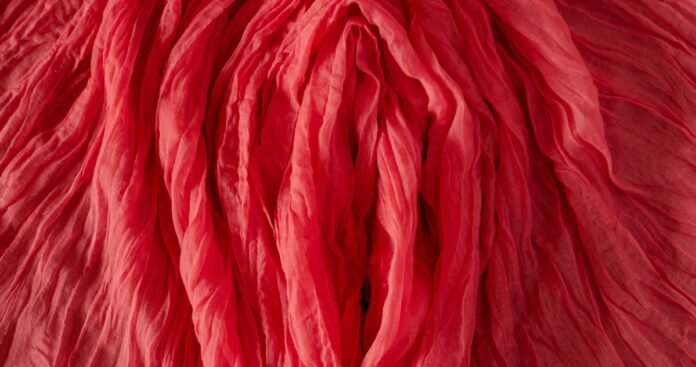 Observations from an integrative medicine physician

“Sex was painful,” she said. Three years post-menopause, my patient had no other bothersome symptoms. No hot flashes, no night sweats, no moodiness, nor many of the other complaints menopausal women sometimes have. “But I don’t want to take hormones, because my mom had breast cancer.”

As an integrative medicine physician who focuses on women’s health, I have versions of this conversation often.

Estrogen and progesterone, the predominant female hormones, decline dramatically during menopause. Testosterone production, which keeps muscles strong and libido intact, also drops, but assuming a woman still has her ovaries, this happens much more slowly. Lower levels of hormones may be associated with a variety of symptoms including hot flashes, night sweats, moodiness, or difficulty focusing — as well as increased risk of heart disease and bone loss that can lead to osteoporosis. One of the most uncomfortable symptoms, for more than 50% of women between the ages of 51 and 60, is vaginal dryness.

But vaginal dryness doesn’t tell the whole story. Often, what is felt is burning and not just during intercourse. Women may experience pain when they walk. Wiping may cause bleeding. And as women age into their sixties, seventies, and eighties, they may have more frequent urinary tract infections. These symptoms arise due to the thinning tissues in the vulva and vagina, dishearteningly labeled atrophy, that can follow menopause or occasionally childbirth.

Happily, there is a treatment that is safe and can address the symptoms. Vaginal estrogen — which can take the form of a cream, ring, or tablets inserted into the vagina — is one of a very few advances in medicine that reverses aging of the urogenital tissues. After a treatment course, tissues become plumper and healthier. Indeed, under a microscope, they appear younger as thinning of the tissues is effectively reversed. As the cells in the vagina and cervix produce more lubricants, pain with intercourse can fully resolve.

Vaginal estrogen has been FDA-approved for almost 75 years. It has been widely studied and found to alleviate dryness, pain with intercourse, and urinary symptoms related to atrophy. It does not raise systemic levels of estrogen, rendering it safe enough that in its 2020 Committee Opinion, the American College of Obstetrics and Gynecology concluded that for women with a history of breast cancer, “Data do not show an increased risk of cancer recurrence among women currently undergoing treatment for breast cancer or those with a personal history of breast cancer who use vaginal estrogen to relieve urogenital symptoms.”

Vaginal estrogen is one of a very few advances in medicine that reverses aging of the urogenital tissues.

This is important because many women avoid hormone therapy (HT) because they fear breast cancer. Their concern has merit. Breast cancer risk is increased when women take estrogen by mouth or via the skin in the form of a patch. The Women’s Health Initiative enrolled more than 27,000 women in a study of HT and in 2002 published findings that it increased the risk of heart disease, stroke, and dementia. While some will argue with the results—for one, the average age at enrollment of the women in the study was 63, not a typical time to begin HT—we know vaginal estrogen carries with it none of these disease risks. HT is a systemic treatment that is felt by every cell in a woman’s body. Vaginal estrogen, on the other hand, is a local therapy and as such does not affect the heart, brain, or breasts.

Vaginal lubricants and moisturizers can be very helpful solutions for dryness. Lubricants have been shown to increase the ease of orgasm in women of all ages. If you use one, make sure to read the ingredients label carefully, as many contain undesirable environmental chemicals, such as parabens, glycols, and preservatives that carry their own risks.

A highly profitable industry has grown up around vaginal rejuvenation using laser or heat. The MonaLisa Touch, a CO2 laser used in the medical office setting, is the most popular; it is marketed to stimulate collagen, elastin, and blood vessels, thereby restoring the vaginal tissues. While FDA-approved for dermatology procedures, the laser does not have FDA approval for use in the vagina and is currently being studied.

In my medical experience, which includes caring for women for more than 35 years, vaginal estrogen is a simpler and less expensive approach. And it gets to the root of the problem by replacing the estrogen needed for optimal vaginal health.

Several vaginal estrogen preparations can be used. While there are pros and cons to these different routes, choosing will depend in part on your doctor’s familiarity, your level of comfort, and your insurance. Insurance is more likely to cover the FDA-approved medicines available in your pharmacy. These are perfectly good options; however, a wider range of estrogen choices will be available from a compounding pharmacy, where insurance is unlikely to be accepted. Disappointingly, insurance copays for HT can be quite high, rendering the price of the prescription nearly as expensive as the compounded product itself.

None of these options—all of which require a prescription—have to be taken for the rest of your life. Instead, I advise women to consider vaginal estrogen in the same vein as they might an antibiotic. Most women can take a course for several months, usually with gradually decreasing frequency, and then stop. If symptoms recur in six months or a year, you can always take another course.