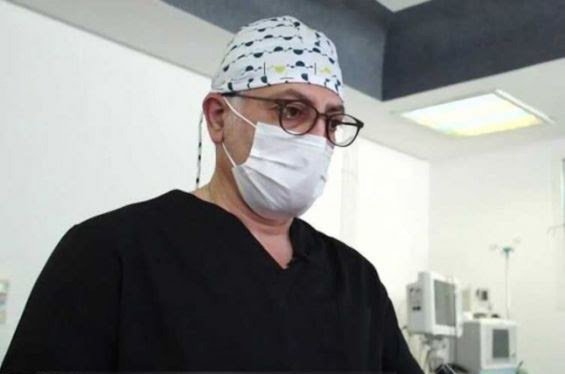 In One segment of the program, a Moroccan surgeon is seen proposing to his customers to make them the “Ferrari design.” The comment has caused a storm of criticism, with many describing the surgeon’s remarks as “devaluing.”

In the “Sept a Huit” report, one of the most recurring speakers was Dr. Mohamed Guessous, a famous cosmetic surgeon based in Casablanca.

The man performs three to five operations a week, and his way of talking about his job has shocked many.

The 54-year-old man, who drives a Porsche and often appears in the Moroccan press to praise his success, uses a controversial name to describe the body most requested by his customers. “Dr. Guessous, one of the country’s star surgeons, has named this silhouette Ferrari Design,” says Sept a Huit.

Comparing his work to “human tuning,” some Internet users found it extremely “creepy.”

“It’s  real sculpture. Instead of using chisels and hammers, we do it with technology,” he said, pointing to his instruments.

The program describes Morocco as a “conservative” country with “Western values,” and it contrasts issues of “polygamy” and “forced marriage” with fashionable wealthy girls who aim for popularity on Instagram.

Many see TF1’s reportage as riddled with stereotypes, caricatures, and prejudices about Morocco and Moroccan women. Others, meanwhile, have dismissed the program. They argue that is  ridiculous and not worth much concern.

Many Twitter users used the hashtag #septahuit to speak their minds about the report.

“The report was nonsense. All I recall from the report was about surgery and religion. When you have never set foot in Morocco, your opinion on the country can easily be tainted,” said one tweet.

“The girls are 25-35 years old, but when you look at them you have the impression of seeing 60-year-old ladies with botox. No nose, lips like Michelin tires, frog cheekbones, and horse buttocks,” another tweeted, deploring the practice of plastic surgery.

The report comes not so long after news of a  disturbing incident in Morocco’s cosmetic surgery industry. In November 2019, news made headlines of the death of a 31-year-old woman of pulmonary embolism after cosmetic surgery on thighs in Casablanca.