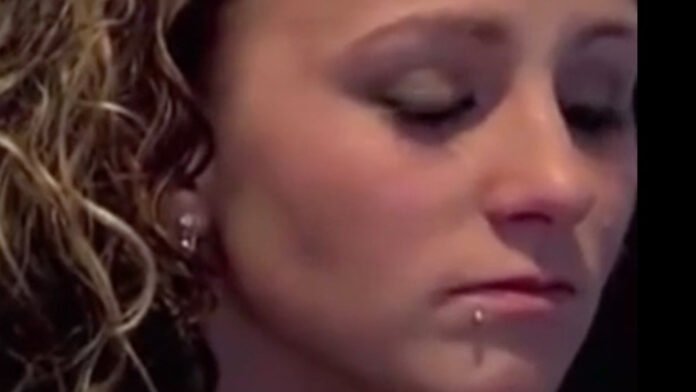 TEEN Mom Leah Messer has gone through a style transformation since her early days on the show.

The reality star shocked fans in a throwback video of her sporting a different look.

Corey joked about the cake’s appearance while she coated the treat with chocolate frosting, saying: “I don’t want no cornbread right now.”

The Teen Mom 2 star laughed, telling the birthday boy to “watch” as she wrote a sweet message on top with red icing.

“Why are you being so corny?” Corey giggled, to which Leah responded: “Because I’m corny now.” 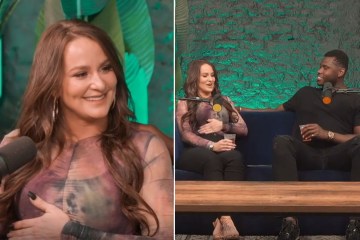 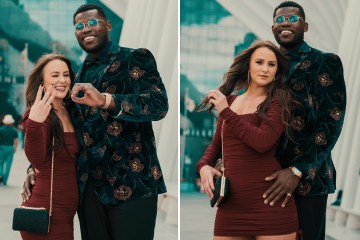 The gesture made the young dad get emotional as he began to cry.

Fans, however, were more focused on Leah’s style evolution since the scene aired as the star sported tight curly locks and a lip ring.

“Ahh, the days when the moms all showed up with a random piercing from time to time,” one fan commented.

“I totally forgot Leah had this one,” wrote another.

Leah and Corey began dating in 2009 and were together for a year, during which she became pregnant with her twin daughters.

The two separated in 2010 after Leah had doubts about their relationship but eventually reunited and got engaged later in 2010.

Shortly before their daughters Ali and Aleeah’s first birthday, they married in October.

However, in April 2011, Leah admitted to having cheated on Corey, which led to their divorce in June 2011.

Fans watched Leah’s relationship struggles play out on the MTV series, and her glow up since reaching reality TV fame.

In October 2020, the TV personality shut down rumors that she had surgery after fans commented on her changed appearance in her social media photos.

Others stated, “Someone’s had some surgery,” “Too much surgery,” and other accusatory notes about the Teen Mom star getting some work done.

Leah hit back on Twitter to claim she has “not had surgery peoplesss.”

She explained her new look: “However, I have most definitely done a 180 on how I choose to diet and live my life.

“& I feel like it finally shows! My extensions are out, and I lightened up on the eye makeup too. #JustBeYou

“Btw, this pandemic is the reason why I no longer have extensions.”

The 30-year-old added: “Not saying that I’m not all about some fresh botox either… Girl. Be. YoU! Do You! When is the next Botox party? I’m coming!”

The young mom’s small-screen career has proven to work well for Leah as she recently posted a snap of a blue monogrammed Louis Vuitton tote while in the back of a luxury car.

Leah showed off the bag – similar designs retail for around $3,000 – next to her new French bulldog puppy, Blue.

The MTV star shared the snap as part of a series of memories from her trip to LA for the Teen Mom Reunion.

The mother-of-three captioned it: “I just touch down, stay humble.”

Critics flooded Reddit to slam Leah for the post, with one writing: “She is on a fast track to most annoying cast member.”

Another added, “Leah out here forgetting where she came from,” while a third posted: “Wow this is cringe.”

Leah also recently moved into a $500,000 home that her boyfriend, Jaylan Mobley, 25, purchased for them.

They share the space with her 12-year-old twin girls and her nine-year-old daughter Adalynn, who she shares with her ex-husband Jeremy Calvert.