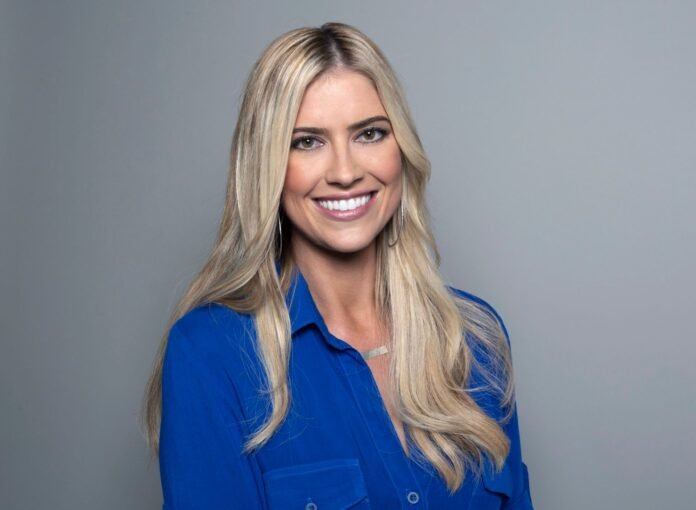 It’s safe to say Flip or Flop’s main gal, Christina Haack, looks amazing as she approaches the big 40 and, although the reality TV star hasn’t discussed it, some experts claim she has undergone plastic surgery. Let’s take a look at what they’re claiming because, whether she has or she hasn’t, you have to agree Christina looks amazing.

Some Flip or Flop fans have been speculating the house flipper has had some renovation work carried out and appears to be “ageing backwards”. Keep reading to find out what the experts think and whether you agree.

Radar Online reports it spoke to three plastic surgeons in the US to get their opinions on whether Haack had undergone any procedures. None of the surgeons have carried out any work on Christina.

Dr Alexander Rivkin claimed the TV star may have had work done to her lips, cheeks and eyes. He told Radar Online: “Her lateral brows seem lifted, opening her eyes up nicely.”

Dr Rivkin said a procedure like that would have to involve botox or threads to create a wide-eyed look. He also thought Christina’s lips appeared different in pictures taken in 2014 and 2016, claiming:

Her lips look subtly more full in the second picture, especially her upper lip. This is most likely due to an injection of a conservative amount of a soft hyaluronic acid filler, such as Vollure.

Other surgeons pile in

Dr Pam Agullo told Radar Online she thought Christina may have got “some fillers to restore volume under her eyes and eliminate the dark circles”.

Dr Pam’s husband, Frank Agullo, who is also a surgeon, thought the star may have made “nice but subtle improvements”.

Even if the HGTV star has had work done, all the surgeons agreed any improvements, if any, were subtle. Pam added a customised skincare routine can also be key to youthful-looking skin.

Reality Titbit has reached out to Christina Haack for comment.

Aside from fan speculation about Christina’s face, some think she has had breast augmentation after comparing the shape and size of her breasts over the years. The reality star has two children, however, and her breasts may have naturally changed after giving birth.

Eagle-eyed audiences think her breasts appear more elevated but then there are other ways to achieve that kind of look that don’t involve surgery.

Nevertheless, speculation continues to surround the star and fans will never know one way or another until she finally confirms or denies the rumours. Perhaps it’s simply a cross to bear when you look that amazing as you approach your 40s.

WATCH FLIP OR FLOP ON HGTV ON THURSDAYS AT 9 PM

Niamh is a multi-faceted journalist with speciality interests in entertainment, lifestyle and culture. She recently graduated from the University of South Wales with a degree in Journalism and enjoys writing features, reviews and trending news stories.