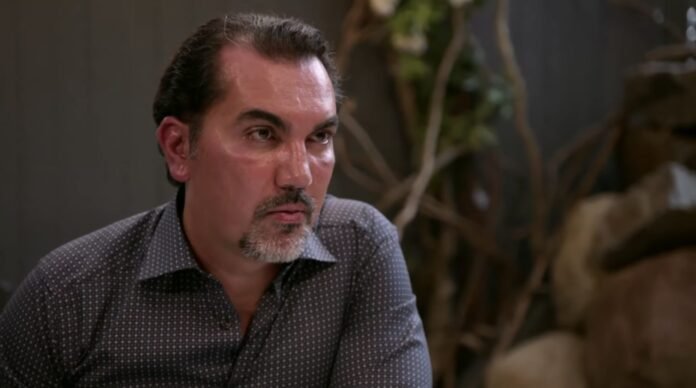 Dr. Bill Aydin spent years working towards his plastic surgeon job, and is now appearing on RHONJ alongside his wife Jennifer. The married couple are exactly the same age, and we can reveal when they celebrate their birthdays.

The latest storyline on the Bravo series shows Bill and Jennifer working through their marital issues, several years after he had an affair. She realised she wasn’t over his infidelity and decided to bring her worries to the surface.

Since Jennifer aired her thoughts, viewers have been questioning Bill’s age and birthday, especially when it was revealed that he was unfaithful with a pharmaceutical agent at his old job ten years ago.

So, when exactly did Bill and Jennifer meet, and how old are they now?

Bill turned 43 in 2021, and was born on June 2nd 1978, in Istanbul, Turkey. At the age of 16, Jennifer’s husband upped and left their home country to make their new base Los Angeles, in the USA.

Jennifer, however, was born a year earlier, on April 16th 1977. This makes her one year older than her husband, meaning they have spent half of their lives with each other due to their long-running relationship.

He continues to work even on his special day, while Jennifer tends to spend her birthdays with Bill and their five kids. In 2021, the RHONJ star’s glam team sent her a rainbow cake (filled with sprinkles) to celebrate!

Bill is a plastic and reconstructive surgeon who has a reported salary of $100K, and a $3 million net worth. Among the list of top-rated USA surgeons, and the Castle Connolly Top Doctor, he is double board-certified with his own surgery.

He runs the Aydin Center For Plastic Surgery, Skin Care and Lasers, where he specializes in aesthetic cosmetic surgery, including minimally invasive procedures and reconstruction of breast cancer survivors, and traumatic injuries.

His center is now within the top1% of Allergan providers in the nation, which provides Botox and Juvederm.

With surgeries in both Paramus, New Jersey, and White Plains, New York, his combined net worth with wife Jennifer Aydin is at least $11 million. This explains how they could afford their $3 million mansion – with 16 bathrooms!

Despite Jennifer’s hubby being a plastic surgeon, she didn’t get her nose job performed by him because he refused to give her any surgery. In fact, she flew all the way to Turkey to undergo rhinoplasty instead of to his clinic.

When did Bill and Jennifer meet?

Jennifer and Bill Aydin have been married for almost 20 years, which has involved welcoming five children into the world. Known as one of the most popular Housewives couples, they first met back in 2001.

The meeting took place at her brother-in-law’s wedding in Los Angeles, which led to them having a first date and quickly hitting it off. They then spoke on the phone for the next six weeks before going on their second date.

Having told her she was “going to be his wife”, Bill began introducing Jennifer to his family as his fiancé. It only took a year before the RHONJ couple tied the knot – on the same day they first laid eyes on each other.

Now, they happily live together in New Jersey with their five children. Justin is their eldest, at 17 years old, while the others include Gabby, Jacob, Christian, and Olivia.