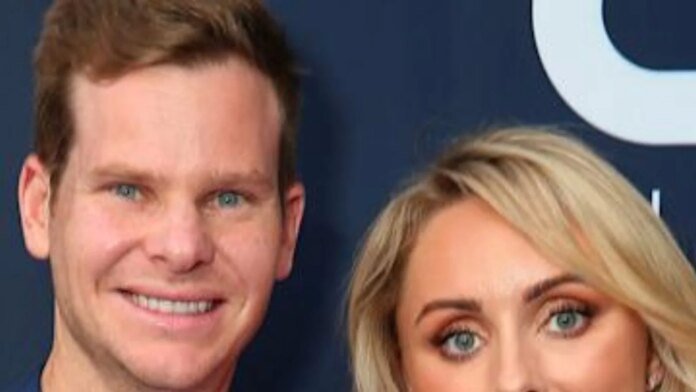 While Dani has neither accepted nor denied the rumours, fellow WAG Bonnie Paine was happy to reveal that she has enhanced her looks with filler and Botox.

After Tim Payne’s wife Bonnie Paine recently admitted to having undergone multiple cosmetic procedures, rumours are rife that Australian cricket vice-captain Steve Smith’s wife Dani Willis has also followed the suit. The speculations began after her pictures, sporting a noticeable plumper pout, surfaced online. In a glamorous selfie, which was uploaded on December 2, the 31-year-old sported fuller lips, and fans could resist from pointing it out.

While the change appears subtle, long-time fans of the stunning WAG were left wondering whether she’d tweaked her smile with dermal filler. Her new lips look remarkably different when compared to snaps of Dani in March. In the pictures, she posed with Steve and their new puppy. The difference in her lips in both the snaps was enough to spark rumours about taking up cosmetic procedures.

While Dani has neither accepted nor denied the rumours, fellow WAG Bonnie was happy to reveal that she has enhanced her looks with filler and Botox. Bonnie had shared a note on her Instagram Stories, admitting that she is undergoing multiple cosmetic procedures, after modelling a noticeable plumper pout in her recent photos. She mentioned that she is always ‘honest and open’ about any enhancements she has ever got done. Therefore, Bonnie listed that so far she has got “fillers in lips,” “anti-wrinkle injections in my forehead”, “crows feet and above my upper lip.” Referring to fillers in lips, Bonnie wrote that she has been having them since she was 23 years old, and now she is 32.

In one of her now expired Instagram Stories, Bonnie posted a before and after photo from when she had ‘muscle-relaxing injections’, explaining that the only difference between her lips in the shared photos is having muscle relaxing injections (Botox/Dysport) directly above the top lip. The cricket WAG wrote that she feels far more confident after getting the cosmetic procedures.

Get all the IPL news and Cricket Score here

What Is Hair Botox?