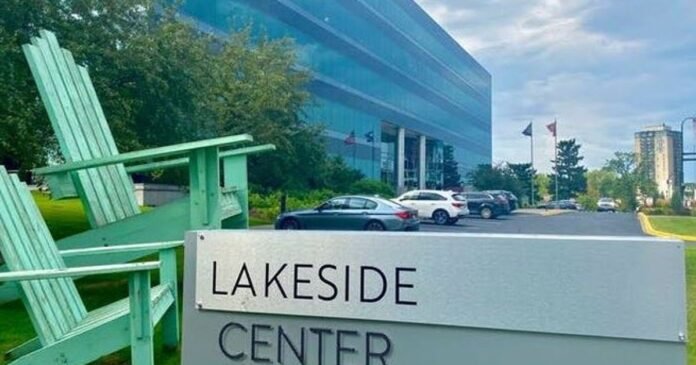 A state regulatory board has suspended the license of a Twin Cities plastic surgeon accused over the past several years of molesting female clients during appointments.

The Minnesota Board of Medical Practice’s temporary suspension of Dr. Christopher Kovanda’s license took effect Thursday and will be the subject of a close-door hearing in the coming weeks.

Either through complaints with the medical board or in lawsuits, at least six women have leveled sexual misconduct accusations since 2008 against the 56-year-old Kovanda, who was first licensed in Minnesota in 1999 and currently bases his Minneapolis clinic at Lakeside Center on Excelsior Boulevard in Uptown. He’s been reprimanded twice previously by the board, but never had his license suspended or revoked.

Kovanda has been conducting a “medical practice that is incompetent,” reads the suspension letter posted on the doctor’s license verification page.

The board’s letter went on to accuse the doctor of “engaging in conduct with a patient which is sexual or may reasonably be interpreted by the patient as sexual, or [engaging] in any verbal behavior which is seductive or sexually demeaning to a patient.”

Messages were left with Kovanda for his reaction to the suspension, and his attorney, Nicole Brand, said “it would not be appropriate to make Dr. Kovanda available for an interview at this time.”

As for the many years of complaints against Kovanda, Brand said, “We believe the allegations are without merit, and we look forward to vigorously defending the matter at the hearing and on the merits.”

Minneapolis attorney Michael Hall, who represents a woman suing Kovanda, said Thursday in the wake of Kovanda’s suspension that “for a doctor to use his medical practice as a tool for luring women into a position where they are alone and vulnerable, so he can then do what he wants to them, is a deep betrayal of the doctor-patient relationship. Our lawsuit alleges exactly this.”

As a society in America, Hall continued, “We afford our doctors a position of trust and respect. We go to them for help, and we make ourselves vulnerable to them.”

The most recent accusations were filed with the board late last year, making her at least the fifth to go to the panel with complaints about Kovanda.

This former client’s allegations cover a four-month period until November 2019. Among the accusations, the woman said Kovanda disrobed her without asking during pre-operation examinations, touched his legs to hers, placed his hands on her hips for too long a time.

In her last visit before breast augmentation surgery, the woman alleged, she was given drugs before Kovanda came in the room. He then pressed his groin against hers while both were clothed.

“Despite already being administered medications and an IV pursuant to [Kovanda’s] orders, [the patient] pushed [him] away,” the board’s said in a news release last fall.

The woman called Kovanda in January 2020 after her surgery, and he apologized, according to the release. It said he also offered the woman a refund because of how he touched her, indicating that “he did not want to be reported to the board.”

Another woman told the board that Kovanda directed her to fully undress except for her high heels before he caressed her bare back and hips, pressed his groin against her from behind and then lifted her breasts in front of a full-length mirror. At other times, according to the woman, he touched her genitals while adjusting a postoperative garment and hugged her while her breasts were exposed.

Before setting up his practice in Minneapolis, the doctor previously worked out of the 50th & France retail district of Edina as Kovanda Plastic Surgery and before that as a partner at Midwest Plastic Surgery in Edina’s Southdale Medical Building.

Kovanda has been investigated by police at least once — in that instance by Edina police — but never charged with a crime.

When the medical board announced an investigation of Kovanda back in July, that cost him his surgical privileges at Abbott Northwestern Hospital in Minneapolis and the 13 other locations run by Allina Health. He had been practicing at Abbott since 2016.