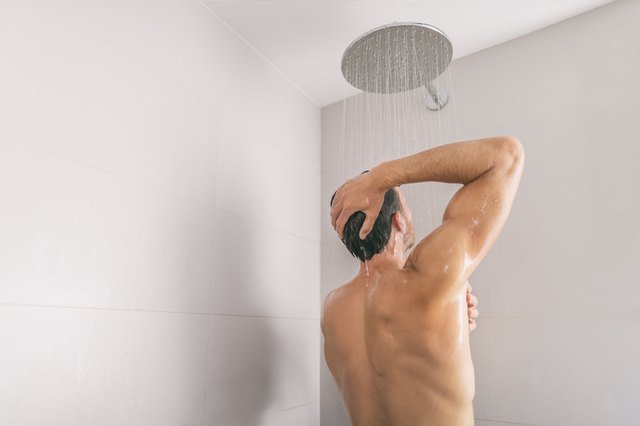 A sour body odor sometimes comes down to hygiene, but it could also be a sign of a medical issue.

Sour body odor is partly dependent on the nose of the beholder, but there are certain thresholds no one wants to cross.

An unpleasant aroma is usually due to sweat mingling with bacteria on our skin. The particular odor you emanate can be affected by any number of factors, including a medical condition — but more commonly it’s something innocent, like a curry dinner.

There’s no way to cure or completely prevent body odor that smells like vinegar or sour milk if that happens to be the scent you give off, says Louis Kuchnir, MD, PhD, a dermatologist in Massachusetts and member of the American Academy of Dermatology (AAD). But there are ways to manage it.

7 Causes of a Sour Body Odor

Each can have multiple causes, including:

This could mean you’re not washing often enough, thoroughly enough or using enough soap when you suds up.

The official name for this is hyperhidrosis. When you sweat a lot, you may also notice more body odor. Excessive sweating can be due to genetics, the result of an underlying health condition or a side effect of some medications, such as:

Skin infections typically are accompanied by other symptoms, such as redness, inflammation or the presence of white, yellow or red substances on the skin, says Dr. Green.

Examples of skin infections that can cause a sour body odor include:

As hormones change, sweat glands become more active, Dr. Kuchnir says. This can cause more body odor in general, and for some people, it may smell sour.

Sometimes your body odor isn’t to blame if you’re smelling a sour scent. Rather, it could be your nose. A foreign object stuck in your nose can affect your sense of smell, for example, as can infection with certain viruses, including the virus that causes COVID-19, according to NYU Langone Health.

Shaving or waxing body hair can help get rid of a sour body odor.

In many cases, you can treat the reasons for a foul or sour body odor at home:

1. Pay Attention to Your Diet

“If you notice a pattern of increased body odor when consuming certain foods, you can eliminate [those foods] from your diet,” says Dr. Green.

If you often drink alcohol or do so in large amounts, consider cutting back. This can help curb body odor but also sideline other negative effects of drinking.

Some of your most potent allies are going to be on regular pharmacy shelves. “It’s deodorant soaps and antiperspirants that kill bacteria,” says Dr. Kuchnir. Shower regularly and suds up well.

Cotton is a good choice if you’re concerned about sweating. And make sure to wash your clothes regularly.

To help control odor, apply a mixture of water and baking soda to your armpits daily and let it dry, per the Cleveland Clinic. You can also try soaking green tea bags in warm water and then applying them to your underarms for several minutes a day.

Body parts with hair — especially underarms and the groin area — are a breeding ground for bacteria, which can mix with sweat to produce a sour body odor.

Deodorant products are meant to mask smells, but antiperspirants block sweat, so it doesn’t have the chance to mingle with your skin’s bacteria and produce BO. (Just make sure you’re applying antiperspirant correctly.)

Some causes of unpleasant body odor require a doctor’s intervention. The available medical treatments include:

Contact a medical professional if you experience a sudden change in odor or sweating, symptoms that don’t go away or symptoms that are accompanied by other worrisome signs. “Sweating and odor that’s not going away definitely needs to be checked by a doctor,” says Dr. Farah.

Another time to consult a professional is if you have body odor even when you’re bathing every day and using regular deodorant, adds Dr. Meyer.

You should also seek help if the problem is affecting your mood or self-esteem. “There’s a lot of shame about smell,” he adds. “Body odor is normal, but we have tools to combat it if you don’t like it.”

It’s often normal for your sweat and your body to smell sour at least some of the time. If the odor comes on suddenly, persists or is accompanied by other symptoms like a rash, you should see a doctor. Also get help if the odor is affecting how you feel about yourself.