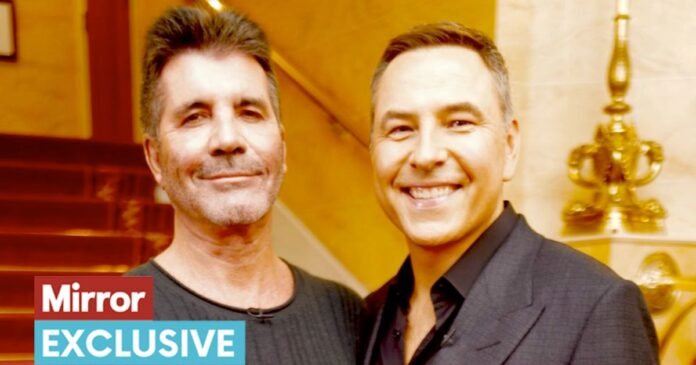 Simon Cowell has hit back at David Walliams’ jibes about his botox and cheekily suggested he may have had a hair transplant.

Asked how judges have changed over 10 years on the show, the music mogul, 62, said: “Actually, everyone seems to look identical to when we started.

“David seems to have more hair, funny that. Maybe he’s got a new hairdresser.”

On a more serious note he added: “We’re all parents now as well, that makes a massive difference. When you see these kids audition, you’re always thinking, ‘What if that was my kid?’. You definitely look at acts in a very different way.”

David says over the years one thing hasn’t changed, his ability to wind Simon up.

He said: “Every single day when someone recognises me on the street, they say, ‘Oh, we love it when you have a go at Simon’.

“It seems to be the key thing people really like… so if I didn’t give him a hard time, I think people would be disappointed.”

In recent days, Simon admitted that he became “terrified” of working so much that he would become ill, with him having now taken more of a backseat in some of his ventures.

The record executive is understood to have been desperate to spend more time with his young son Eric Cowell, eight, and prevent burning out as a result of his busy schedule.

David is a judge on BGT
(

Over the course of his career, he’s launched numerous shows and founded media empire Syco – though he’s said to be winding down the empire, including the X Factor not returning.

It’s believed to be part of a strategy by the Britain’s Got Talent (BGT) judge to counteract his “unhealthy addiction to work,” with him having been concerned about this.

The music mogul opened up about his anxiety recently, revealing that whilst he remains on shows like BGT, he’s taking a backseat when it comes to running them.