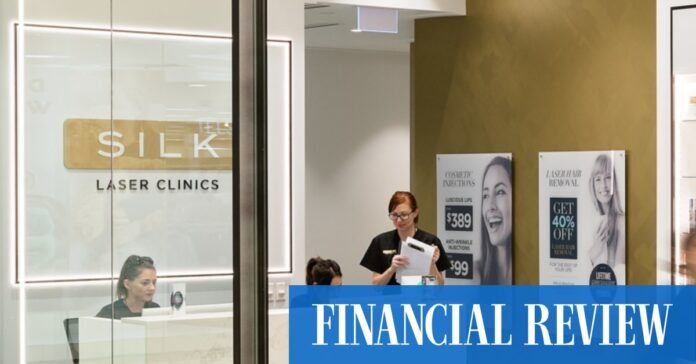 Lockdowns and restrictions from July to October in Sydney and Melbourne were a big drag on the company, which reported a 12.9 per cent drop in net profit after tax to $4.09 million.

Mr Perelman said there had been a bounce back in demand in the last few months of the December half. Revenue was up 32 per cent to $40.5 million, including the contribution from the Australian Skin Clinics business.

Mr Perelman said staff absenteeism rates reached 12 per cent in early January as the omicron wave accelerated in Australia. But trading had been gathering momentum in the past few weeks as people emerged from self-imposed “shadow” lockdowns.

For the period between January 1 and February 24, total network sales were up 7 per cent to $23.1 million compared with a year earlier.

But inflation pressures were building, with one injectables supplier pushing through price rises of 12 per cent.

He said when the business was trading fully, there was a strong appetite from customers wanting to look their best.

If there were no further disruptions from COVID-19 generally, he expected the business to keep making solid headway as people’s lives return to near normal.

The business was founded by Mr Perelman in 2009 in the upmarket Adelaide suburb of Hyde Park.

He said the group aimed to open two more clinics in Australia before June 30 and had a general expansion plan of adding an extra five to 10 outlets each year, with a target of 150.