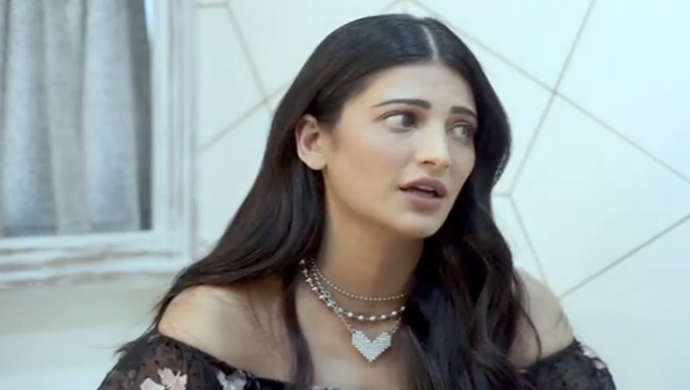 Actress Shruti Haasan opened up about her anxiety and how therapy has helped her, her experience with trolling on social media and also its positive side. She said now she does not get bothered when people judge her either.

Shruti said that she has has anxiety since childhood and it was triggered by trauma. She says trauma is not just big or small, as one’s own brain reacts to different things differently. In her case, during her childhood, competitive energy effected her very negatively. Being on stage also triggered anxiety for her but she just thought it was because she wasn’t brave enough. She said it took her many years to understand that she had an anxiety disorder. “Therapy is wonderful” she said when it comes to anxiety.

Shruti had previously said no to alcohol, she faced the brunt of many. She says that it was her choice to not indulge in it and lead a healthier lifestyle because it been proven that alcohol is bad for people with anxiety. When asked about trolling she said that it comes from a place of insecurity and it is also an expression of people and what they see around them. Shruti also commented on the positive side of social media and said that she also sees many positive movements there.

When speaking about plastic surgery, Shruti said that she has always been honest about her surgeries. She told frankly when she had a nose surgery and will continue to be honest about it. She said she does not pay heed to people judging her because of the numerous times they have done so. She said after a point of time one just gets used to it.