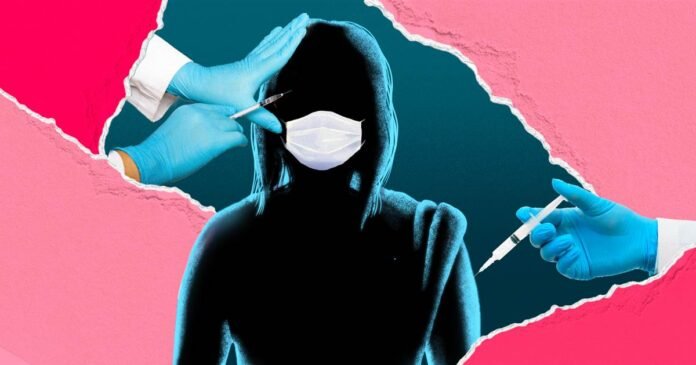 Dermatologists are emphasizing that the COVID-19 vaccine is safe for people who have recently received dermal fillers.

Experts interviewed by TODAY Health said that there were two cases of temporary swelling reported by participants in the Moderna vaccine trial. Dr. Mathew Avram, a Boston-based dermatologist and the president of the American Society for Dermatologic Surgery (ASDS), said that a third case was reported but it was “unclear” if it was a direct effect from the vaccine.

Avram said that there have been “a few reports” of swelling, following vaccinations, in locations where people had gotten their fillers, but did not have an exact number.

I’ve had Botox, should I get the COVID-19 vaccine?

Avram and Dr. Esther Freeman, the principal investigator of the International COVID-19 Dermatology Registry and the director of Global Health Dermatology at Massachusetts General Hospital in Boston, emphasized that it is safe to get the vaccine, even if you have gotten fillers.

“People should get vaccinated whether or not they’ve had fillers,” Avram said. “This is absolutely not a reason to avoid the vaccine.”

What sort of filler reactions have been reported?

Avram said that the reactions being reported related to fillers have been some temporary swelling which goes away on its own.

“First of all, it doesn’t happen in everyone, and the extent that it happens, is it tends to be temporary swelling that goes away on its own,” he said. “If it doesn’t go on its own, there are some very straightforward interventions that can clear it. … These reactions are not super common, and they tend to be self-limiting and easily treated (if treatment is necessary).”

What causes these reactions?

Both Avram and Freeman emphasized that this reaction has been recorded with other vaccines, including annual flu shots. The U.S. Food and Drug Administration noted, in a briefing document, that “it is possible the localized swelling in these cases is due to an inflammatory reaction from interaction between the immune response after vaccination and the dermal filler. This phenomenon has been reported after natural infection (e.g., after an influenza-like illness).”

“It’s not completely surprising,” said Freeman. “People have had this happen to them with the flu vaccine in the past. … We’re seeing the same kind of reactions that we would see in the flu vaccine or other vaccines that have been around for a long time.”

Avram said that other factors can cause inflammation in dermal fillers.

“What we’re seeing with the vaccination is not new. This has been seen with influenza vaccinations and other vaccinations, there can be swelling that can occur,” Avram said. “It can also occur with viruses and it can occur after dental procedures as well.”

What do I do if I have a reaction?

If you do have a reaction, Avram recommends contacting your dermatologist.

“If I have a patient who has swelling and they’re worried about it at all — I encourage them to call me and come in so I can take a look at it,” he said, noting that no patients have come in to see him about vaccine-related swelling. “… As board-certified dermatologists, we’re very comfortable with and have experience with these reactions.”

Should I get my second dose if I have a reaction?

If you have a reaction, you should still get your second dose of the coronavirus vaccine, but if you’re worried, contact your doctor or primary health care provider.

“It’s reasonable to book your appointment for a second shot, because most likely you’re probably going to get it, and very reasonable to give your doctor a call and discuss the case with your own physician,” said Freeman. “…The data has been reassuring for after the second dose, (people) have been doing well and haven’t had an overly severe reaction the second time.”

Should I get fillers if I’m getting vaccinated soon?

Avram said that the few reported cases of swelling in dermal fillers is “not a reason to stop doing fillers” but again encouraged anyone with concerns to talk to their medical providers. He also said that anyone who is considering getting fillers consult a board-certified dermatologist.

“If there is swelling or an issue, you want to be able to go back to a physician who is skilled in dealing with adverse side effects,” Avram said.

Freeman said that she might advise patients to wait on getting fillers, but said that she doesn’t expect this to impact people who already have had the procedure done.

“If you were someone who is considering or about to get fillers, I might wait and get vaccinated first, but if you already had fillers, I wouldn’t suggest postponing your vaccine just because you’ve had filler in the past,” she said. “The reactions are relatively rare, and they do go away.”

Kerry Breen is a reporter and associate editor for TODAY.com, where she reports on health news, pop culture and more. She holds a master’s degree in journalism from New York University.